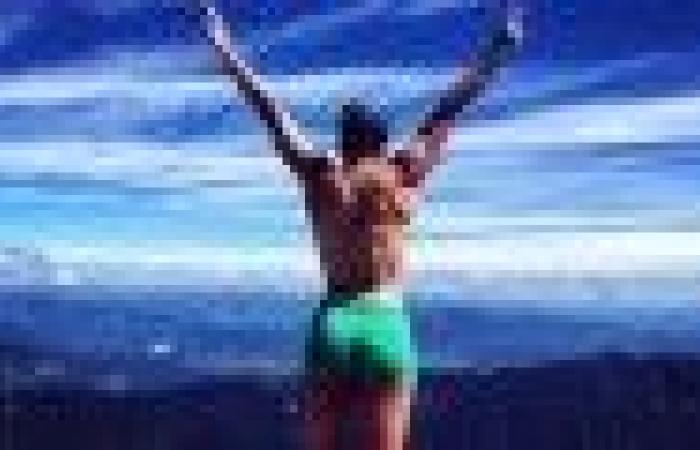 With her massive muscles and explosive speed resources, Slovenian Eva Urevc was compared to Marit Bjørgen, by, among others, then coach Ola Vigen Hattestad, in the breakthrough season 2018/19.

Then Slovenia thought they saw the contours of a new sprinter in the era of the great Petra Majdic. Urevc had delivered some sensationally superb prologue victories on a par with the victory differences of Johannes Høsflot Klæbo and former Björn Lind.

Urevc had, after all, come like lightning into the cross-country elite in record time, after investing in rowing shortly before she delivered some sprint prologues of the very best format.

Then Eva Urevc disappeared from the cross-country circus for over a year – after, among other things, a disappointing World Cup sprint in Seefeld, which was ruined by bad skis.

Instead, teammate Anamarija Lampic took the opportunity to overshadow Urevc – and did so with two individual World Cup victories last season and 3rd place in the sprint cup combined.

This is where Urevc planned to be. But instead came the adversity, where Lampic got the breakthrough.

The horror message came in August 2019: Urevc had to operate on a painful knee injury and lost the entire 2019/20 season. Since then, she has been absent from the World Cup circus.

– The first two months after the operation were very tough mentally, but this is life. There are ups and downs. This was a big downturn. I was far down, but now I can look forward and upwards, says the Slovenian cross-country skier, Eva Urevc tells Dagbladet.

Today, however, she is back on the starting line for the first time since March 2019 when the World Cup season opens with a classic sprint in Ruka in Kuusamo.

* Dagbladet runs a live broadcast from the World Cup opening in cross-country skiing in Ruka this weekend.
* On Friday 27.11, Martine Ek Hagen will host Dagbladet’s broadcast together with Øyvind Godø and Kristoffer Løkås.
* Saturday 28.11 is the Karstein Johaug panel’s professional alibi.

– I am ready for a comeback in Ruka this weekend, confirms the 25-year-old.

– How is your form now just before your comeback?

– It is quite good and will be even better with more cross-country skiing in the body.

– What are your expectations in the comeback?

– I am better in freestyle than classic, so the first goal must be to get on from the prologue. Then I have to take it step by step after that. I do not want to put any pressure on myself in my first ski race after such a long break. But I can say that I have very big goals for this season, Urevc reveals to Dagbladet.

– Are you even stronger than the last time you competed?

Urevc did not give up despite knee injury and surgery. The big long-term goal is the World Cup at home in Planica in 2023.

The Slovenian cross-country star has a special history and career path: She struggled with motivation problems in her junior years and changed sports several times, including rowing and biathlon.

– Eva struggled with motivation for a couple of seasons before she settled with herself in the spring of 2018. She was so tired of skiing and opted for rowing instead, in fact. She also did some biathlon for a while. Eva was unmotivated, but took a stand against herself after being wrecked for the Olympics. Shortly afterwards, she won 10 kilometers in the Slovenian championship, Hattestad has previously told Dagbladet about Urevc from the time he trained her.

These were the details of the news Eva Urevc makes a comeback today: for this day. We hope that we have succeeded by giving you the full details and information. To follow all our news, you can subscribe to the alerts system or to one of our different systems to provide you with all that is new.