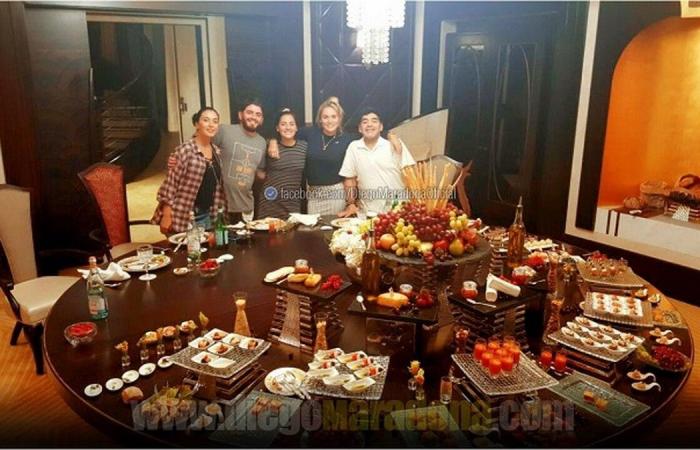 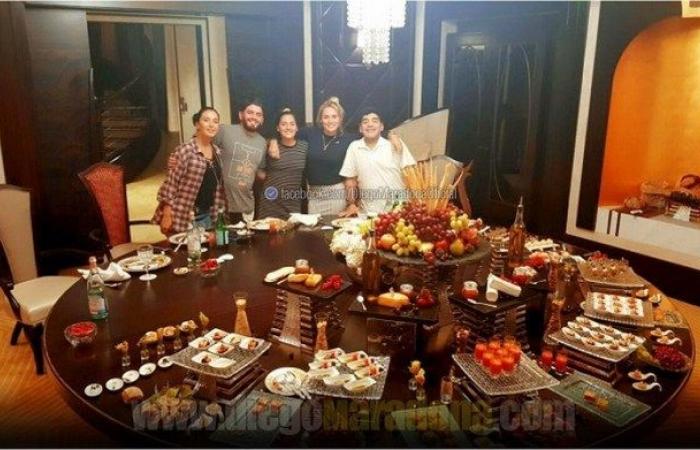 While the Argentine people are still mourning the death of the idol, who hopes to keep only the longing and good memories left on the lawns, Diego Maradona’s closest surroundings are preparing to deal with the most palpable legacy of the ace. Don Diego’s lawyer, Matías Morla now has the mission of discussing with the family the sharing of the inheritance of the eternal shirt 10 of the Argentine selection.

+ Maradona’s wake is closed, and fans clash with police

Maradona with children, daughter-in-law and wife in front of the table at their home in Dubai – Photo: Facebook reproduction

Maradona has five recognized children, with four women. With his first wife, Claudia Villafañe, he had Dalma and Gianinna; in 2013, Diego Fernando was born, son of Verónica Ojeda; the following year, he officially took on another daughter, Jana, who he had in 1996 with the Italian Valeria Sabalain; and in 2016, in another judicial recognition, he joined Diego Sinagra Maradona, also the result of a relationship he had in Italy, with Cristina Sinagra.

However, six paternity cases involving Maradona are pending in court: Cubans Javielito, Lu, Johanna and Harold, and Argentines Santiago Lara and Magalí Gil, all aged between 19 and 24 years. In addition to the mothers of their children, Maradona also had a relationship with journalist Rocío Oliva, from whom he separated in 2019, after six years together

According to a report by the Argentine newspaper “Clarín”, the 1986 world champion’s heritage included at least five farms in the greater Buenos Aires, several luxury cars, including an amphibious truck, and many jewels, among them a diamond ring rated at 300 thousand euros (R $ 1.9 million), a gift he received in Belarus and used to use in the reserve bank when he ran Gimnasia y Esgrima.

The full assessment of Maradona’s fortune, however, is a mystery. A study by the “Celebrity Net Worth” portal, specialized in the economy of celebrities in different areas, cited by the “Clarín” report, indicates a total equity of 500 million dollars (R $ 2.6 billion), based on the earnings generated throughout the career and millionaire sponsorships signed after leaving the lawns. However, there is disagreement over the amounts, which could amount to a maximum of US $ 100 million (R $ 531 million).

*The article has been translated based on the content of Source link by https://globoesporte.globo.com/futebol/futebol-internacional/noticia/heranca-de-maradona-sera-disputada-por-cinco-filhos-reconhecidos-e-seis-que-buscam-paternidade-do-idolo.ghtml
. If there is any problem regarding the content, copyright, please leave a report below the article. We will try to process as quickly as possible to protect the rights of the author. Thank you very much!

These were the details of the news Maradona’s inheritance can be disputed by up to 11 children |... for this day. We hope that we have succeeded by giving you the full details and information. To follow all our news, you can subscribe to the alerts system or to one of our different systems to provide you with all that is new.