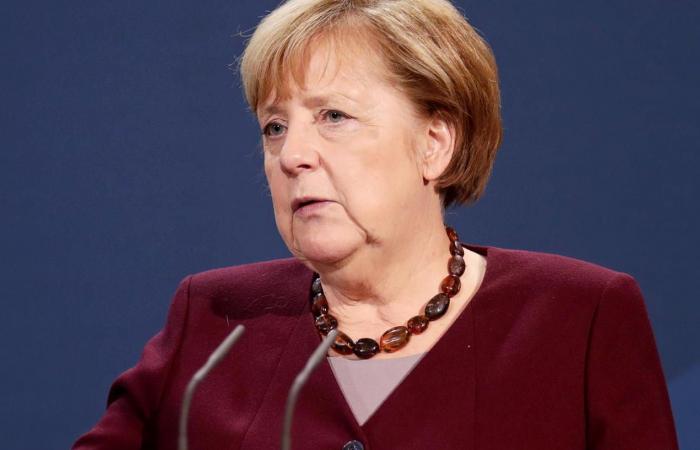 Wooden crosses, grave lights and flowers: Strangers set up several objects in front of Chancellor Merkel’s constituency office that night. There is evidence of a right-wing extremist group.

Unknown people have set up several wooden crosses in front of Chancellor Angela Merkel’s constituency office in Stralsund. According to the police, notes were found on the twelve crosses, the contents of which allowed conclusions to be drawn about the “Identitarian Movement”. Grave lights and flowers were also placed on the crosses that were set up on Monday night.

According to the police, the names of those killed and the names of alleged foreign perpetrators were on the wooden crosses. A police patrol noticed the incident around 2.30 a.m. and seized the items.

In front of the constituency office of the CDU politician in Stralsund, objects that led to police investigations, including pig heads, have already been deposited several times. A gravestone replica was last erected in May. A mouthguard was attached to it and the words: “Freedom of the press. Freedom of expression. Freedom of movement. Freedom of assembly. Democracy 1990-2020” were written below one another. The investigation was still ongoing, it said. In the case of the wooden crosses, the public order office is now involved.

*The article has been translated based on the content of Source link by https://www.t-online.de/nachrichten/deutschland/innenpolitik/id_88989786/stralsund-kreuze-und-grablichter-vor-wahlkreisbuero-von-angela-merkel-.html
. If there is any problem regarding the content, copyright, please leave a report below the article. We will try to process as quickly as possible to protect the rights of the author. Thank you very much!

These were the details of the news Crosses and grave lights in front of Angela Merkel’s constituency office for this day. We hope that we have succeeded by giving you the full details and information. To follow all our news, you can subscribe to the alerts system or to one of our different systems to provide you with all that is new.