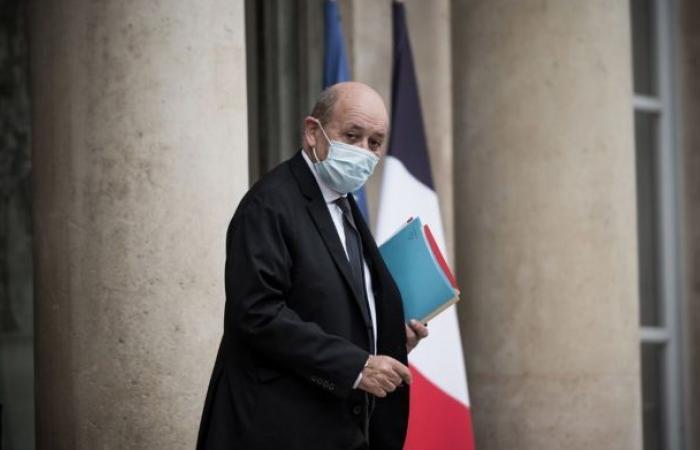 Paris is waiting “acts” from Turkey ahead of the December European Council which will address the issue of new sanctions against Ankara, Foreign Minister Jean-Yves Le Drian said on Sunday (November 22nd).

“It is not enough that for two or three days, we have seen soothing statements from President (Recep Tayyip) Erdogan, we need action”, he stressed in the program Le Grand Jury RTL / Le Figaro / LCI, while the Turkish leader on Saturday called on the European Union for dialogue.

Among these expected acts, “There are some that are easy to do in the Eastern Mediterranean, in Libya, there are also some that are easy to do in Nagorno Karabakh”, he said. “We have a lot of disagreements” with Ankara, recalled the head of French diplomacy, citing the “expansionist will” de Recep Tayyip Erdogan, une “policy of the accomplished fact” in Libya, Iraq and the Eastern Mediterranean, “where they in fact attack two member countries of the European Union, Greece and Cyprus”, or “to Nagorno-Karabakh, where they also send Syrian mercenaries”.

*The article has been translated based on the content of Source link by https://www.francetvinfo.fr/monde/conflit-dans-le-haut-karabakh/paris-attend-des-actes-de-la-turquie-les-declarations-apaisantes-ne-suffisent-pas-affirme-jean-yves-le-drian_4191421.html
. If there is any problem regarding the content, copyright, please leave a report below the article. We will try to process as quickly as possible to protect the rights of the author. Thank you very much!

These were the details of the news Paris expects “acts” from Turkey, “soothing statements are not enough”, says... for this day. We hope that we have succeeded by giving you the full details and information. To follow all our news, you can subscribe to the alerts system or to one of our different systems to provide you with all that is new.