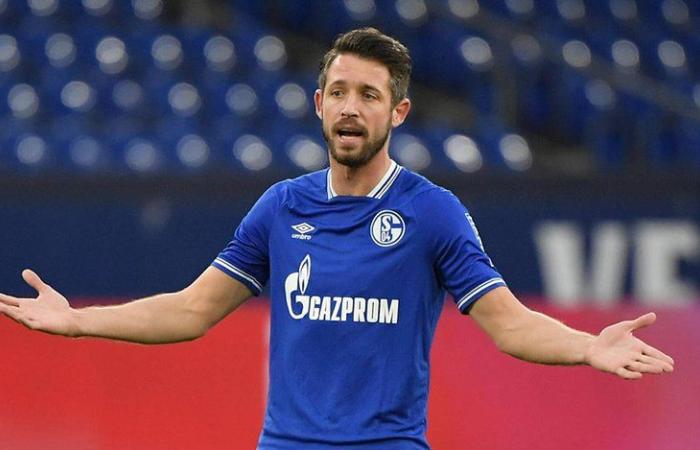 31 games. That was how long it took in the 1965/66 season for Tasmania Berlin to win a Bundesliga game again. To this day, that is the undisputed bankruptcy record – but FC Schalke 04 in 2020 is well on the way to chasing this record. In the 0: 2 (0: 2) against VfL Wolfsburg, the Royal Blues conceded the next defeat, it is the 24th game in a row without a win. The crisis in Gelsenkirchen is getting worse and worse.

So bad that even the Schalke professionals themselves doubt they will ever be able to win again. “I’m so served and so mad, I could go into the cabin and just cry,” said Mark Uth with a shaky voice on the Sky microphone. It was a memorable interview. “It’s sad to run up here every time and just play powerless football. I don’t know how we want to win another game like that. “

It had taken almost nine months for Tasmania Berlin. On May 21, 1966, the Bundesliga bankruptcy champions celebrated a 2-1 victory – on the penultimate match day, against fellow relegated Borussia Neunkirchen. And yet it was a redeeming success for Berlin after an unbelievable 31 games without a win in a row. A record that Schalke is slowly but surely endangering – the second worst series is already in place.

And the nine months have even been exceeded at Schalke due to the corona pandemic. The last three comes from a time before Corona, ten months ago, when they beat Borussia Mönchengladbach 2-0 on January 17th. Since then, one has been waiting for the redeeming day to finally celebrate another Bundesliga three. 24 times in vain.

FC Schalke 04 won the last time over ten months ago

Since January 17th, not much has gone together for Schalke. The Royal Blues collected just nine out of a possible 72 points during this period – and the game against VfL Wolfsburg was also decided early on Saturday. Wout Weghorst (3rd) and Xaver Schlager (24th) ensured clear conditions right from the start. The only bright spot, a picket shot from Benito Raman, made it wait until the 90th minute. “That was far too little, especially at the beginning,” said coach Manuel Baum cautiously.

You might also be interested in: Football fans puzzling – what does the new symbol mean in Sky broadcasts?

Uth became much clearer after the encounter. “We’re always a step too late, we don’t even get into the duels. I don’t know how we’re going to win a game like that, honestly. It’s unbelievable, ”he scolded. It almost sounds like resignation in Gelsenkirchen.

“That’s not giving up,” countered Uth. “But we’re just bad as a team. We defend badly, all together. We all play very, very bad football. ”That has to change as soon as possible – because it will be easier for Schalke in the coming weeks.

These were the details of the news FC Schalke 04: Mark Uth gives a memorable interview for this day. We hope that we have succeeded by giving you the full details and information. To follow all our news, you can subscribe to the alerts system or to one of our different systems to provide you with all that is new.