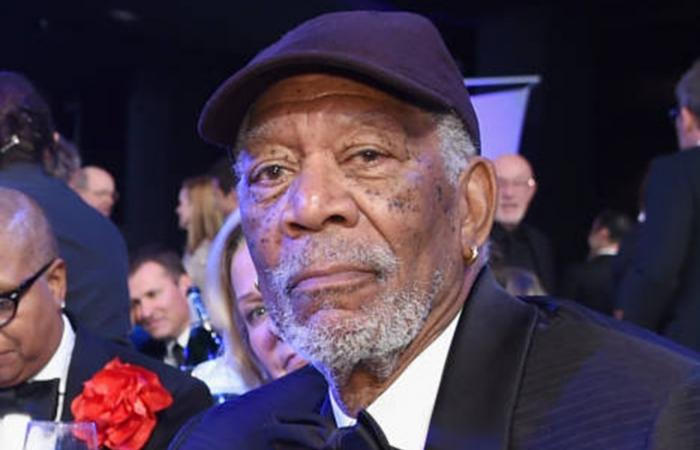 Every year, Black conscience day, social networks are taken by sharing a video in which Morgan Freeman states that the date should not exist and that, for to end racism, it is necessary to “stop talking about it”.

This year, even before the 20th, Morgan Freeman’s name was already on Twitter’s trending topics. Many people shared the video, agreeing with the message that the actor sends, and many others criticized. In September, Gloria Maria was compared to the actor when stating, in a live, that nowadays “everything is racism and prejudice” and that she thinks it all “sucks”.

The discussion came up even more in 2020 due to several cases of racism that were shared countless times on social networks, such as the iFood delivery man who was humiliated by a man with racist statements; the case of Adriel Oliveira, 12, who received racist comments on his Instagram about literature; and what happened to She is Fatou, the target of racist comments from colleagues who studied with her at a private school in Rio de Janeiro.

A case that occurred in a Carrefour, in Porto Alegre, on Thursday night (19), just on the eve of Black Awareness Day, also shocked the country. A black man was beaten to death by two white security guards in the supermarket parking lot. Today, the Carrefour Brasil Group has launched a manifesto for diversity, with material on racial and gender inclusion and also people with different sexual orientations and beliefs. The material must be posted in all chain stores in Brazil.

To talk about the importance of Black Awareness Day and explain why the video should no longer be shared, CLAUDIA talked to Jaqueline Conceição, professor, psychoanalyst, founder of the Research Institute on Ethnic Racial and Gender Issues, Coletivo Di Jejê, specialist in black feminism and doctoral student in Social Anthropology at the Federal University of Santa Catarina.

Why does Black Consciousness Day exist?

The Black Consciousness holiday was included in school calendars in 2003, but only in 2011, then-President Dilma Rousseff made the celebration nationally official under the law No. 12,519. The date is recognized as the day of the death of Zumbi dos Palmares, on November 20, 1695. Zumbi was the leader of Quilombo dos Palmares, one of the largest in Brazil, in the state of Alagoas.

“This holiday is very recent in Brazilian history, but it is the result of a struggle for more than 20 years by the black movement that, until then, celebrated the day of liberation on May 13th. Based on discoveries and the historiography of Zumbi and Quilombo de Palmares, the movement began to press for a commemorative date on November 20, ”explains Jaqueline.

“The importance of Black Awareness Day is linked to the importance of other historical dates. They are very much related to the idea of ​​creating memory. In any case, today is a day when Brazil stops and talks about the racial issue. Every year, on that day, the media, the press, social networks, public figures focus on this discussion. This is very important because we hardly talk about racism in the country and we should be talking. We do not understand racism in Brazil as we should understand.

For me, today is a symbolic date when we remember our ancestors. He remembers Zumbi, Dandara and so many others who fought for African liberation in Brazil. The day has this sense of rescuing memory and this possibility that, for one day, we can talk about this legacy and tell the story of Zumbi. It is important to return to this memory so that it is not lost ”, he adds.

“People say that we should stop talking about racism and, thus, it would cease to exist, but the day exists for us to return to this subject and learn to deal with and face prejudice in the way that it should be faced, structurally and from education.

The thinking of Morgan Freeman in the video starts from the idea that we are a unique race as humans and that there should be no differentiation according to ethnic groups – Europeans, Africans, Indians, among others -, since this is what results in racism. However, as a teacher and psychoanalyst, I know that in denial, sometimes we can perceive presence more than absence.

Every year, we hear this discourse that what makes racism exist is the fact that black people talk all the time systematically about prejudice and that there is no need for Black Consciousness Day, but for Human Consciousness. In my view, this denial makes even more evident the need for racial and anti-racist education so that people understand the Brazilian colonization process itself, the black presence in the country’s history, slavery and liberation.

From the point of view of psychoanalysis, it is in the contradiction that there is a movement of change because it polarizes the discourse and makes people have to position themselves. When taking a position, people generate debates, which can lead to a change in mentality ”, says the teacher.

For Jaqueline, we are living in a moment of change and the black movement has managed to advance a lot, despite the structurally racist country in which we live.

“As black people, we want change to come faster, as this process is very time-consuming. However, from the point of view of culture, this is how the process happens, one thing at a time.

Ten years from now, I am sure that the discussion about racism and the history of the black population will not be restricted to November 20, we will have another outline. Today, we have a new reality for the black population. Having a world-renowned and award-winning black philosopher like Djamila Ribeiro is no small feat. In a country where black women are dragged by police cars in broad daylight in the center of a large capital, having a philosopher like that is no small feat. The black population is not yet treated as people, but as things, but we are managing to create ruptures ”, he concludes.

These were the details of the news Black Awareness Day: Understand why not share Morgan Freeman’s video on... for this day. We hope that we have succeeded by giving you the full details and information. To follow all our news, you can subscribe to the alerts system or to one of our different systems to provide you with all that is new.