Jos Brech is sentenced to 12.5 years in prison for rape... 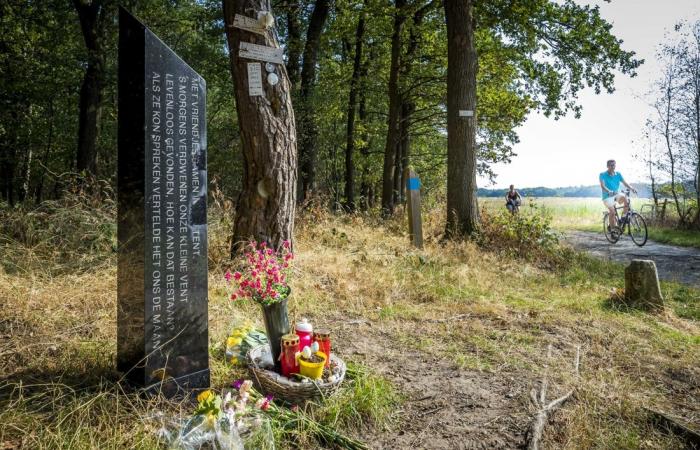 The court sentenced the Dutchman Jos Brech to 12 years and 6 months in prison for possession of child pornography, rape and deprivation of liberty that led to the death of Nicky Verstappen. Brech continues to deny. His lawyer is appealing.

The Dutchman Jos Brech gets 12 years in prison for the abuse of Nicky Verstappen. There will be another six months for the possession of child pornography. This came to light in the course of the investigation into the death of the eleven-year-old Dutch boy. Nicky Verstappen was found dead 22 years ago after disappearing from a summer camp the day before. Brech was only arrested in Spain in 2018, after his DNA matched that on Verstappen’s clothing.

The Public Prosecution Service had asked for 15 years in prison and a murder conviction, but because the court found insufficient evidence for the intention to kill, the sentence is slightly lighter. Jos B. denied the facts, but admitted that he had seen and touched the body, but that he had nothing to do with the case. The judge refers that statement to the trash can and calls Brech’s attitude ‘hurtful’ for the next of kin and charges him ‘heavily’ for this.

Jos Brech’s lawyer does not accept the verdict. ‘This verdict is actually incorrect on all aspects,’ he says. The lawyer is of the opinion that the court has followed too strongly with the reasoning of the Public Prosecution Service in the conviction for rape. Jos Brech has not admitted the facts to date. ‘I’m not going to accept punishment for something I didn’t do. Those were his words and on that basis I have just filed an appeal, ‘said his lawyer.

Nicky Verstappen died 22 years ago on the Brunssummerheide, a Dutch nature reserve not far from Maasmechelen, after he was raped by Jos Brech. The court finds that. Brech had kidnapped Verstappen at a summer camp and left him dead a kilometer from the camp. He was found a day after his disappearance. In doing so, the court found sufficient evidence to believe that Verstappen was sexually assaulted and pushed to the ground by Brech. During that action, Verstappen ran out of breath, resulting in death.

Due to insufficient evidence that Brech intended to kill in order to mask the abuse, he was acquitted of murder. The death may also have been the result of ‘trying to control Nicky’, but ‘without you, without your actions, Nicky Verstappen would still have lived’, the court said.

Without a trace and arrested in Spain

Jos Brech was only arrested two years ago after a DNA match. In 2018, the court took DNA from no fewer than 21,5,000 men in the surrounding area as part of the investigation. ‘Bush crafter’ Jos Brech, who already had a history of sexual offenses, did not show up then. His disappearance coupled with his past made him suspicious. Ultimately, his DNA could be matched with the clothes of Verstappen, but Brech remained without a trace for months. An alert Dutchman recognized him months later in a Spanish village, where the police could arrest him. Jos B. was then handed over to the Netherlands by Spain.

Child pornography was also found with Jos Brech during the investigation, which he was charged with in the lawsuit. Brech will therefore receive a six-month prison term, on top of the 12 years for the abuse of Verstappen, which resulted in death.

These were the details of the news Jos Brech is sentenced to 12.5 years in prison for rape... for this day. We hope that we have succeeded by giving you the full details and information. To follow all our news, you can subscribe to the alerts system or to one of our different systems to provide you with all that is new.