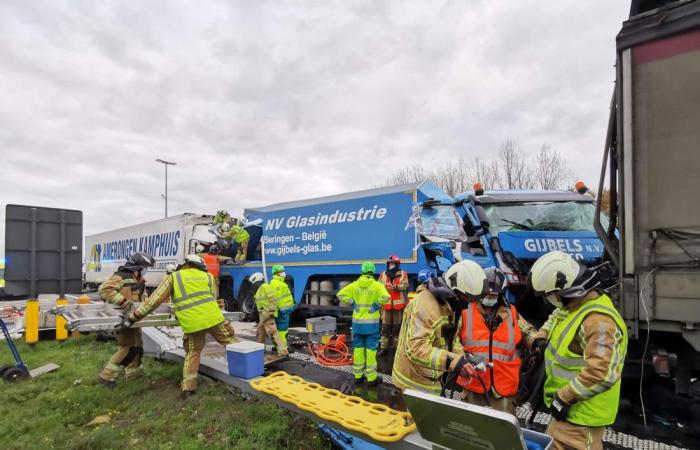 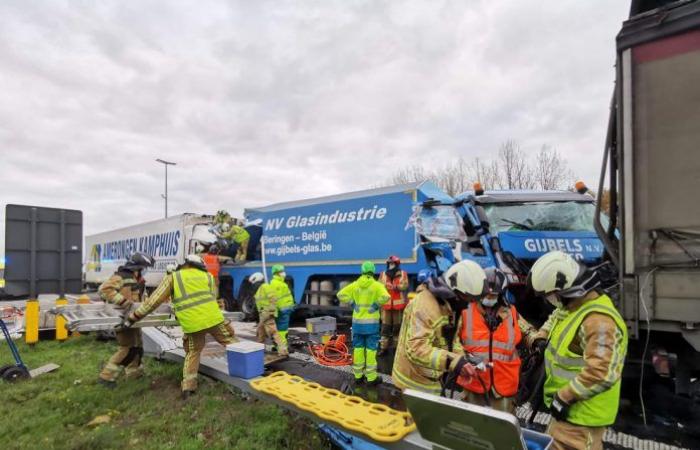 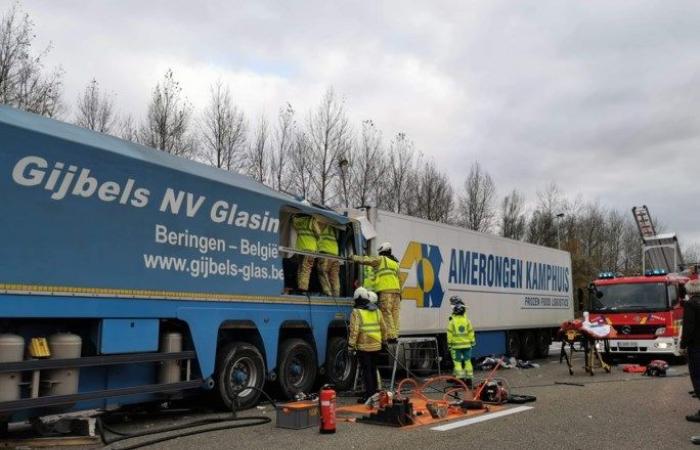 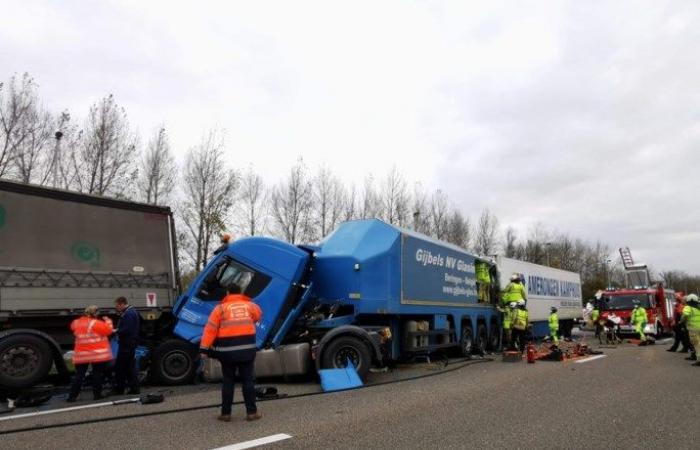 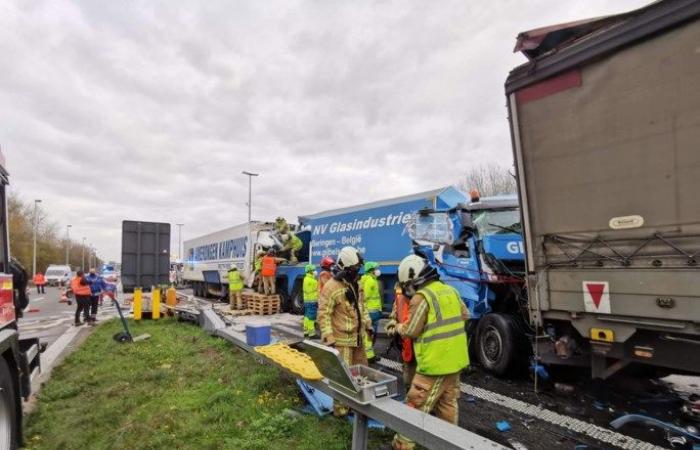 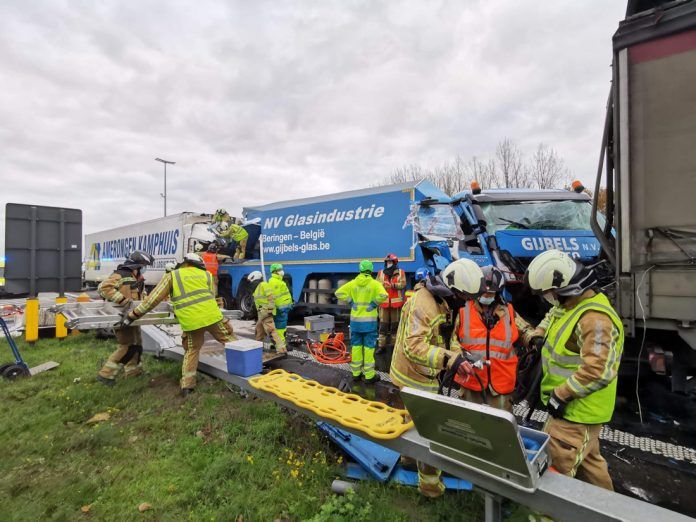 In the accident on the E17 in the direction of Ghent in Destelbergen, East Flanders, the two trapped truck drivers were freed from their vehicle and taken to hospital, injured. The Center fire brigade zone and the federal road police report this. One of the victims is in mortal danger.

The accident in Destelbergen happened around 9.15 am in the direction of Ghent. According to the first observations, a truck ran at a speed of 80 kilometers per hour into a traffic jam in front of the road works in Gentbrugge. Four trucks were eventually involved in the accident. The fire brigade freed two truck drivers who were trapped. One of the victims was taken to hospital in danger of death.

The E17 is still completely closed in Destelbergen. Traffic has to go via the parallel road but there is a traffic jam from Lokeren. A lot of fuel has ended up on the highway and the fire brigade is busy with the clean-up work. The waiting time is up to an hour. Long-distance traffic can detour from Hasselt to Ghent via Brussels and from Antwerp to the coast via the E34 / A11 Bruges.

In the past seven months, 180 accidents have already occurred in the vicinity of the road works, including two deaths.

These were the details of the news Accident with four trucks on E17 in Destelbergen: two g …... for this day. We hope that we have succeeded by giving you the full details and information. To follow all our news, you can subscribe to the alerts system or to one of our different systems to provide you with all that is new.