‘Israeli’ restrictions on the Lebanese in the Emirates 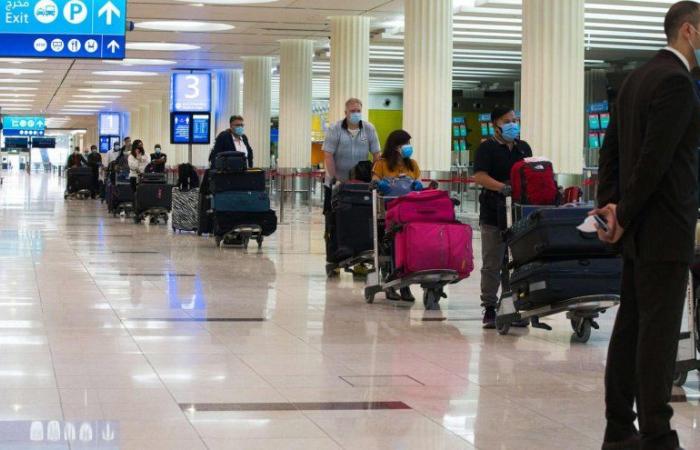 The Lebanese Al-Akhbar newspaper confirmed that after the cessation of arbitrary arrests against Lebanese people, after installing security files for them, without any criminal or legal basis, the Emirati agencies returned to arresting Lebanese living in Dubai and Abu Dhabi, the last of whom were seven Lebanese who were arrested about a month ago, with pressure on Their families for not raising the issue in the media, amid official silence from the Lebanese state, and shameful disregard by the Lebanese embassy in Abu Dhabi.

In addition to the aforementioned, many Lebanese have begun to suffer from problems in obtaining entry visas to the UAE, whether for tourism or for work. According to diplomatic sources, Abu Dhabi decided to put restrictions on the Lebanese, by strictly granting entry visas to every Lebanese who has not reached the age of sixty, and who does not hold a residence card in one of the countries of the Cooperation Council or in the United States of America, the European Union countries, Australia and East Asian countries. However, it remains the same as before for family visas.

According to the sources, the new Emirati approach is based on security coordination measures with the Israeli enemy, in the post-announcement of the strategic alliance agreements between Abu Dhabi and Tel Aviv. The diplomatic sources pointed out that Abu Dhabi did not officially announce its measures, to keep the door open for the possibility of applying them in a discretionary manner.

While no one expects that the Lebanese state will take any action in this regard, it is expected that any similar Emirati move will receive support from a wide range of political forces and silence from others, with security services volunteering, as usual, to assist the Emirati intelligence services. High-level security sources confirmed that the coordination between the UAE and the Israeli enemy intelligence services was prior to announcing the normalization of relations, revealing that the Emirati authorities had previously arrested, last year, a Mossad “officer” who participated in a terrorist operation in Lebanon on January 14, 2018 (the attempt to assassinate the leader In Hamas, Muhammad Hamdan in Saida). The “officer” (named Ilona Djangove – “Al-Akhbar”, February 8, 2018, according to her passport, which she used to enter Lebanon, was arrested in Abu Dhabi, after Interpol circulated her name, based on a Lebanese request. The Emirati authorities quickly released her, after the Mossad contacted security in Abu Dhabi.

These were the details of the news ‘Israeli’ restrictions on the Lebanese in the Emirates for this day. We hope that we have succeeded by giving you the full details and information. To follow all our news, you can subscribe to the alerts system or to one of our different systems to provide you with all that is new.

PREV Kuwait reports 1,001 new COVID-19 cases, 5 deaths
NEXT Coronavirus in the US: the graphs that show the dimension of...