In Cannes, formal notice to close her store, a bookseller denounces... 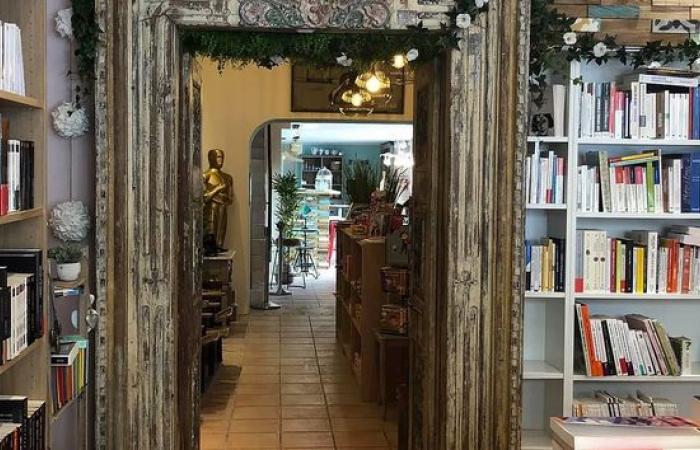 «In no case will the bookstore close». Around a book, Florence Kammermann’s bookstore, in Cannes, was the subject of a formal notice, received Tuesday morning following its refusal to close its doors, for health reasons. This Tuesday evening, at 6 p.m., during a press conference, Me Olivier Le Mailloux, the lawyer for the bookstore, and Florence Kammermann proclaimed that they would not give in. “The sub-prefect tried to reason with me yesterday, entrusted the bookseller. But we are selling books, not drugs or guns!»

Me Olivier Le Mailloux deplores “disproportionate intimidation measures ” with “threats of custody“. He intends to appeal to the defender of rights and waits “wisdom from the governmentWhich will tackle the subject during his defense council, in the morning of tomorrow, Wednesday 18 November.

On two occasions, the police evacuated the bookstore, carrying out identity checks on customers, “including a father who came to buy a book his son needed for school“. Above all, it is the manner that shocks, the threat, in the formal notice, of a “immediate administrative closure, without penal prejudice“, Repeated Me Olivier Le Mailloux on several occasions. Florence Kammermann admits, faced with this bureaucratic outburst, she makes “knots in the belly».

If it does not comply, the bookstore risks an administrative closure, and its owner six months in prison and a fine of 3,750 euros. “An administrative closure would be a tragedy, Florence Kammermann was moved. We would not get up. Our finances are just in time“. It is precisely out of economic necessity, above all, that it has kept Open Around a Book. “Closing would have resulted in the liquidation of the bookstore before the end of the year“, She did not stop repeating to all the media who came to question her. In front of the cameras of BFMTV, she was indignant that one could “close access to books, Hugo, Camus, Gary …»

“We have the impression of living in a democracy. We live in absurdity! “

Me Olivier Le Mailloux, had already announced the color to our colleagues from Nice morning, here : ” To attack booksellers is dramatic. This is the genesis of the French exception. Books are essential goods, at a VAT rate of 5.5%. We have the impression of living in a democracy. We actually live in absurdity!». «Appalled but not surprised by the scale of the situation“Florence Kammerman thanked the journalists, her”protectors», And David Lisnard, the LR mayor of Cannes, who publicly showed his support for Around a Book in a tweet. The city council judge the “ubiquitous and unfair situation». «He rushed to the bookstore on Friday when he heard about the police», Confided the bookseller.

Didier van Cauwelaert, Goncourt Prize 1994, goes further by offering to pay the fine of the bookstore. The Nice writer knows this bookstore “for fifteen years”. «Independent bookstores support authors. It is thanks to them that many are known. It is up to us to defend them today. So we will mobilize and it will be a bookstore for an author“, He told France 3.

The support of Didier van Cauwelaert is also symbolic. The writer evokes the censorship represented by such a measure and dares to draw a parallel with the Second World War, when London represented the free world for occupied France.
“Abroad, this measure is causing the media to react. The BBC called the bookseller, get the idea. It is “Here London” which is starting again! “.

Didier Van Cauwelaert’s decision was greeted by Alexandre Jardin, who had been on the crew of a cruise on the Seine to protest against the closure of bookstores last week. The author of Zebra confirms this to BFM TV: “French writers have decided to pay the fines that booksellers will receive. ” Before , specify that he would take charge “from the following library“. On the radio, the author spoke of the moral right represented by the government’s decision, recalling that “the job of the state is to promote thought, culture“. The management of the health crisis is widely criticized by the cultural world, hard hit by the measures taken.

Didier Van Cauwelaert had already wondered in an open letter to the president, published on November 9, if “ are book shelves really more dangerous for consumers than cheese and cosmetic departments? Isn’t it “essential” to save our culture, its diversity, the social bond it ensures, the bulwark that it constitutes against illiteracy and the single thought which make the bed of murderous fanaticisms? “. These questions have so far remained a dead letter …

These were the details of the news In Cannes, formal notice to close her store, a bookseller denounces... for this day. We hope that we have succeeded by giving you the full details and information. To follow all our news, you can subscribe to the alerts system or to one of our different systems to provide you with all that is new.