Lebanese Armenian behind Moderna vaccine … who is he? Phalanges 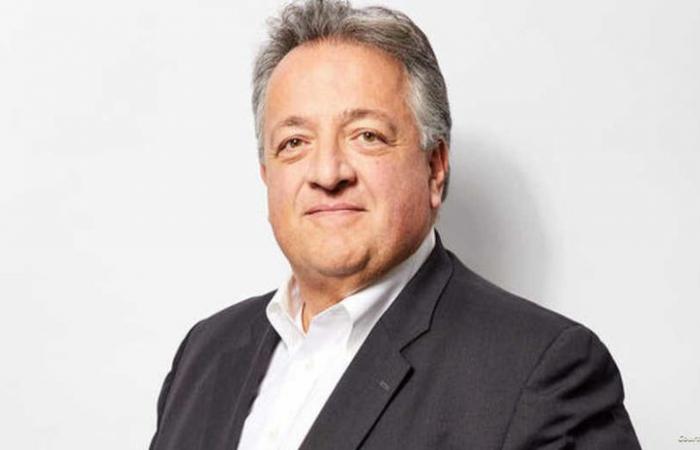 Lebanese Armenian behind Moderna vaccine, who is he? What is his role in the achievement that revived hope in the world that the deadly epidemic could be controlled?

Moderna has caught the world’s attention after the vaccine it is working on has proven effective up to 94.5 percent in fighting the Corona virus. This achievement prompted US President Donald Trump and President-elect Joe Biden to comment on the great progress as soon as it was announced.

Moderna has become an important name in global news, and among the details, a Lebanese figure of Armenian roots has emerged, and chairs the company’s board of directors. Who is he? What is his role in the achievement that revived hope in the world that the deadly epidemic could be controlled?

Nubar Afyan, 58, a Lebanese-Armenian investor, was born in Beirut in 1962, and immigrated with his family to Canada in 1976.

Avian, now known as a successful entrepreneur, had studied chemical engineering at McGill University in Montreal in 1983, and later continued his education at the Massachusetts Institute of Technology, from which he graduated with a PhD in Bioengineering in 1987.

In 2000 he founded his company, Flag Ship Pioneering, an investment fund that specializes in investing in companies operating in the health and medical fields, according to the company’s website.

This company invests more than 100 scientific projects worth $ 30 billion, has registered thousands of patents, and is developing many drugs.

An inventor in biotechnology

After studying at “MIT”, Nubar wanted to expand this field not only in the academic aspect, but also in practical application, as he began his research that led to his registration of more than 100 patents.

In 1998, he sold his vital equipment company, Perspective, to the Birken Elmar-Aplera Group, after Perspective achieved $ 100 million in revenues annually.

He then became the Executive Vice President of the “Apliira” Group.

In 2010, Moderna was one of the companies that Avian invested in through the Flagship Bioneering Fund.

After Moderna became one of the companies whose shares are traded on Nasdaq, Avian took over the position of Chairman of its Board of Directors.

And at the beginning of the week, Moderna announced that its experimental vaccine against the Corona virus had shown an effectiveness of 94.5 percent. The company intends to produce 20 million doses of the vaccine by the end of December, after obtaining the required licenses.

Moderna vaccine is based on modern technology based on inserting genetic instructions into human cells to stimulate them to produce a protein identical to the protein of the Corona virus and to cause an immune response against this protein.

Nubar believes in the importance of improving and protecting human health through science, and is one of the advocates of the contribution of migrants to economic and scientific progress in developed countries.

He received the “Great Immigrant” Medal from the Carnegie Endowment in 2016, for his outstanding contributions in the field of science, and as an American of foreign origin, and in 2017 he was awarded the “Golden Door” award from the International Institute of New England.

He was also the recipient of the Technology Pioneer Award from the World Economic Forum in 2012.

These were the details of the news Lebanese Armenian behind Moderna vaccine … who is he? Phalanges for this day. We hope that we have succeeded by giving you the full details and information. To follow all our news, you can subscribe to the alerts system or to one of our different systems to provide you with all that is new.