Hurricane Iota causes destruction on the Colombian island of Providencia and... 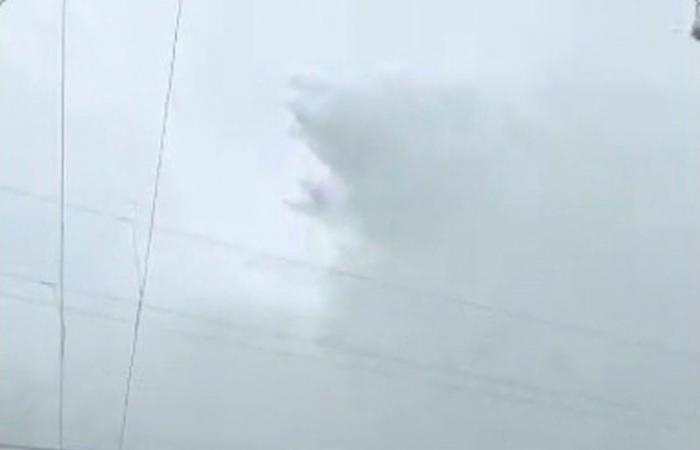 The island of Providencia, inhabited by about 6 thousand people, is the Colombian territory most affected by Iota in its passage through the Caribbean towards continental Central America. According to authorities, there is difficulty communicating with residents.

The hospital island has lost part of its roof and the archipelago (which includes the islands of San Andrés, Santa Catalina and Providencia) is without light, according to Colonel John Fredy Sepúlveda, commander of the local police. Several tourists are trapped in their accommodation, he said.

This Monday morning, Iota was 38 km from Providencia, which remains on the alert for the possibility of strong winds and waves of more than three meters, according to the latest bulletin from the Institute of Hydrology, Meteorology and Environmental Studies (Ideam ).

The hurricane is heading at a speed of 15 km / h to Honduras and Nicaragua, areas devastated by cyclone Eta two weeks ago. In addition to suspending activity on the beaches, official agencies announced the closure of the airport that serves Providencia and a curfew in neighboring San Andrés until the early hours of Tuesday.

Colombia is facing a heavy rainy season, which has left five dead, 16 missing and thousands of homeless.

Thousands of residents were evacuated and taken to shelters in several countries in mainland Central America, while their political leaders discussed a common front agreement to request international resources while the damage from the storms is mounting.

Stronger than its predecessor, Iota reached maximum winds of 260 km / h and is expected to “remain a catastrophic Category 5 hurricane” as it approaches the border between Honduras and Nicaragua, said the National Hurricane Center (NHC, in United States).

Hurricane Iota follows the same trajectory as Hurricane Eta, which left more than 200 dead and missing in Central America. According to official estimates, 2.5 million people were affected in the passage of Eta.

Iota is the 13th hurricane of the current season, particularly intense with a record number of cyclones.

Bilwi, the most populous city in the Nicaraguan North Caribbean, began to experience strong gusts of wind and heavy rains on Monday.

Hundreds of Miskito indigenous people and residents of the El Muelle neighborhood, on the coast of Bilwi, were frightened waiting for the authorities to help evacuate them.

“We didn’t leave with Hurricane Eta, but this one is more dangerous,” El Muelle resident Marisol Ingram, whose wooden house was damaged in the passage of the Eta and risks being devastated by the new cyclone, told AFP.

The shelters in Nicaragua, already demanded by evacuations during the passage of Eta, were saturated after receiving new waves of refugees threatened by Iota on Sunday, Eufemia Hernández, coordinator of one of these centers at Uraccan University, told AFP.

The director of the National System of Prevention, Mitigation and Attention to Disasters (Sinapred) of Nicaragua, Guillermo González, informed that floods and landslides are expected in the North Caribbean and in the departments of Chinandega, mainly in the vicinity of the Casitas Volcano, where the hurricane Mitch killed thousands of people after a landslide in 1998.

Nicaragua is on “red high alert in the Northern Caribbean area”, added González. “It is one of the most violent phenomena that have ever approached our country,” he said.

Northeastern Nicaragua, an extensive and very populous region, with Miskito, Juice, Garifuna, Creole and Mestizo residents, awaits the impact of Iota without having finished assimilating the effects of Hurricane Eta.

Hurricane x Storm: understand the differences – this is worth it – Photo: Arte / G1

Prinsila Glaso, an 80-year-old Miskito Indian, said that in her community, south of Bilwi, “everything is destroyed” after the passage of Eta and, before Iota’s imminent arrival, she had to leave. “I didn’t eat, I don’t know where I’m going to sleep here. I’m really sad,” he said.

The Nicaraguan government and relief agencies are rushing to land food and other supplies by land to the homeless in the Caribbean region, before it is incommunicado by the flood of rushing rivers that cross it.

In Honduras, Iota was already causing gusts of wind and heavy rains on Monday in the eastern departments of Gracias a Dios, Colón, north of Olancho and part of Atlántida, according to the state Permanent Contingency Commission (Copeco).

According to local media, more than 175,000 people have been evacuated from their homes since Saturday, especially in flooded areas during the passage of Eta in the Sula Valley, near San Pedro Sula, the country’s industrial capital, 180 kilometers north of Tegucigalpa.

Guatemala maintains surveillance in the provinces of Alta Verapaz, Izabal, Quiché, Huehuetenango, Petén, Zacapa and Chiquimula, in the north, west and east, hard hit by Eta and also with dozens of communities isolated by landslides and floods, according to Yelson Samayoa , director of the local Meteorological Institute.

Panama, which is also expected to be hit by Hurricane Iota, has declared a red alert in the western provinces of Chiriquí and Boca del Toro and in the Ngäbe-Buglé indigenous region.

Faced with the impact of hurricanes, the presidents of Guatemala, Honduras, Nicaragua and Costa Rica on Monday asked the international community for help in a virtual meeting.

The president of the Central American Bank for Economic Integration (CABEI), Dante Mossi, present at the online event, proposed to the organization to send US $ 2.5 billion “to restore infrastructure, dams and the construction of affordable housing”.

These were the details of the news Hurricane Iota causes destruction on the Colombian island of Providencia and... for this day. We hope that we have succeeded by giving you the full details and information. To follow all our news, you can subscribe to the alerts system or to one of our different systems to provide you with all that is new.

PREV ‘Everything will be ok’: Myanmar mourns teen killed protesting
NEXT Pope says he will visit Iraq as ‘pilgrim of peace’