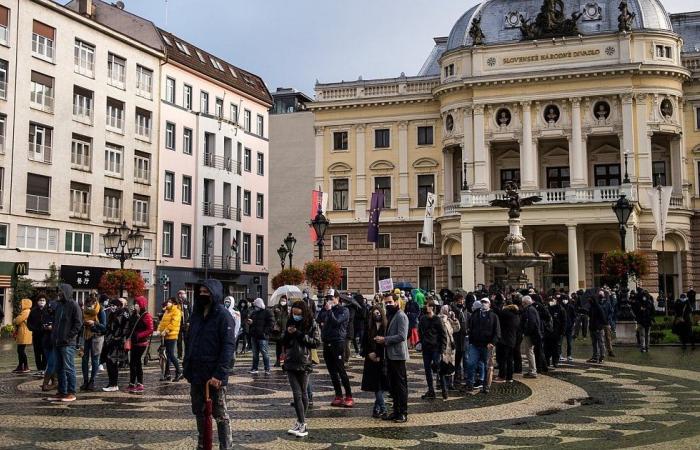 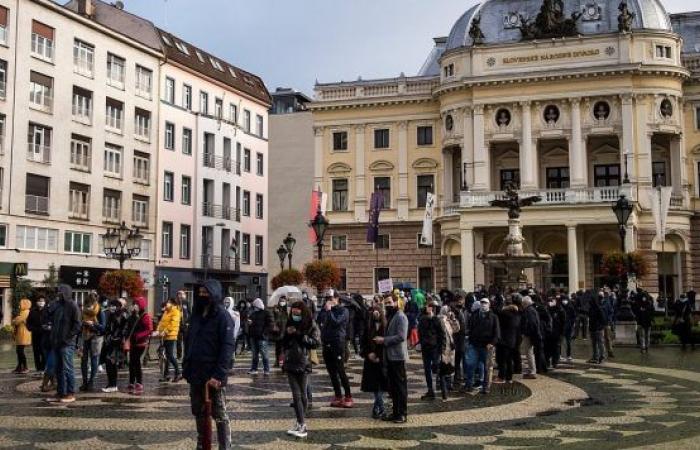 Federal Chancellor Sebastian Kurz (ÖVP) was enthusiastic about the mass tests in Slovakia during the ORF press hour on Sunday: The “incredible feat” there “worked incredibly well”. The neighboring country had succeeded in withdrawing tens of thousands of people with positive rapid antigen tests “temporarily through quarantine and thus massively suppressing the infection rate”.

It is “an absolute success example”, the government is preparing “a similar step” for a safe reopening after December 7th and a safe Christmas as possible. In a written statement to the Wiener Zeitung on Sunday, the Ministry of Health only made it clear that mass tests “can be” an “essential part” of the reopening strategy that is being worked on this week.

After a video conference between the Chancellor and his Slovak Prime Minister Igor Matovic on Monday morning, the Federal Chancellery and the Ministry of Health and Defense are still covered. Even Kurz himself only let one know about the APA: mass testing is an offer for those who cannot afford expensive PCR tests in the laboratory, and one for teaching staff. The tests only showed a snapshot, but you know whether the person concerned is a danger to his environment. The government will provide further details at the end of the week.

Health Minister Rudolf Anschober (Greens) spoke on Monday of three possible target groups for mass tests that will be checked with experts during the week: The first possibility is to massively expand existing screening programs in “old people’s and nursing homes”, the second are regional focus tests the third would be “to be very flat”. Anschober emphasizes that participation in such a test must be voluntary. The Chancellor also said: “Voluntariness is planned.”

The seven-day incidence of new infections per 100,000 inhabitants was 239 in Slovakia on Friday, but 551.8 in Austria. It is questionable whether this could be achieved entirely voluntarily. Because the active participation in Slovakia, 3.6 million in round one, two million in regions particularly badly affected by new infections in round two, was also “voluntary” in Slovakia.

However, free will was helped with harsh consequences: Those who did not want to participate had to go to home quarantine like those who tested positive. According to a report by the “FAZ”, those who could not show a negative test result were only allowed to leave their apartment within a hundred meters, only buy groceries at fixed times of the day in the shop that was proven to be closest, but were not allowed to go to work or be outside – otherwise fines of up to 1,600 euros threatened.

Interferences with fundamental rights are not legally covered

Mass tests are therefore not only problematic because they only show a snapshot, these cannot be done with a reliable PCR standard and rapid antigen tests can result in false negatives as well as false positives, but also when they “result in severe interference with fundamental rights” said Gerald Schimpf, head of the crisis team, in an interview with the “Wiener Zeitung”.

Constitutional lawyer Peter Bußjäger also sees “no legal basis” for an obligation to carry out such tests. The Epidemic Act does cover the testing of “sick, sick and contagious people”. People without symptoms could “simply not assume that”.

It is true that specific professional groups, for example in hospitals, can be asked to give a negative test. Obliging all around 120,000 teachers to test before December 8th, however, does not go. “The employer could perhaps keep them away from teaching children, but they would have to continue receiving their full salary.”

Restricting access to retail to those with a negative test could also be legally difficult. “In principle, there is no obligation to contract in a free market economy. Customers may not be discriminated against for religious reasons, but otherwise they can be selected. But when it comes to the basic needs of daily life, the Constitutional Court might see it differently.” It is always a matter of weighing up the public interest and proportionality, which is reasonable: It does not seem likely that food markets will in future require everyone to test negatively before entering.

*The article has been translated based on the content of Source link by https://www.wienerzeitung.at/nachrichten/politik/oesterreich/2082738-Masse-nur-freiwillig-testen.html
. If there is any problem regarding the content, copyright, please leave a report below the article. We will try to process as quickly as possible to protect the rights of the author. Thank you very much!

These were the details of the news Test mass only voluntarily – Wiener Zeitung Online for this day. We hope that we have succeeded by giving you the full details and information. To follow all our news, you can subscribe to the alerts system or to one of our different systems to provide you with all that is new.