Toronto staff must sign non-disclosure agreement to be part of Ontario’s... 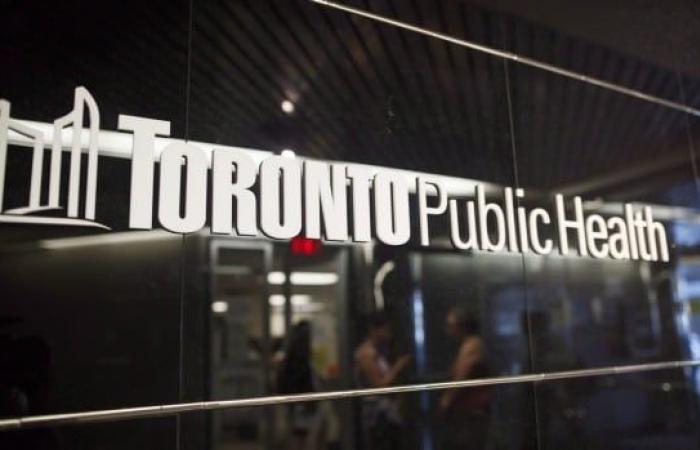 The Toronto Board of Health unanimously approved a motion asking the provincial government to make public all recommendations received from its COVID-19 advisory table, its chairman said.The move comes just as it was revealed at a board of health meeting on Monday that Toronto Public Health staff were required to sign a non-disclosure agreement in order to participate in the health measures table. public service in the province. “Once again, we ask people to make hard sacrifices in order to control the surge in new cases of COVID-19. urgently, full transparency is required, “Coun. Joe Cressy, the chairman of the board, said in a press release Monday.

Recommendations made to Ontario’s chief medical officer, Dr. David Williams and the cabinet, by the provincial advisory tables, including the Public Health Action Table, are currently being kept confidential by the province, the press release said.

CBC News has asked the province to explain why a nondisclosure agreement was needed. A provincial spokesperson did not directly respond to the question in an email response.

Premier Doug Ford was also questioned on the matter at the province’s daily press conference on Monday. Ford said his government had demonstrated “unprecedented transparency” – but did not explain why the non-disclosure agreement was necessary.

“I will continue to be transparent about everything I know,” Ford said.

“I will continue to come here every day to educate the people of Ontario. “

“I just learned [that] In order to participate in the Ontario Public Health Action Table, Toronto Public Health staff had to sign an NDA. Why this secret? He asked.

At the city’s press conference on Monday, the medical officer of health Dr Eileen de Villa said the city had registered 538 new cases today. City figures are generally more up to date than provincial data.

There are also 176 people in the hospital, de Villa said, with 42 people in intensive care.

“The number of cases in Toronto is alarming,” she said.

De Villa also said that with the high number of cases, it’s fair for people to question whether the “modified stage 2” restrictions enacted in Toronto have actually made a difference.

“I think they did,” she said, adding that case rates have dropped in some neighborhoods, especially in areas of downtown Toronto with a high density of bars and restaurants. . Without these measures, the case counts “would have been much worse,” said de Villa.

Also on Monday, the council approved recommendations calling on the provincial and federal governments to increase financial support to communities “disproportionately” affected by COVID-19, as well as to ensure paid sick leave for all workers and to provide more support to businesses and staff. directly affected by public health restrictions.

For the week of October 25, Black Creek had a positivity rate of 14% and Rustic of 12.4%. Thorncliffe Park in the east of the city had an 11.8 percent positivity rate.

The data also showed an increasing spike in people aged 80 and over since the virus resurgence in late summer.

These were the details of the news Toronto staff must sign non-disclosure agreement to be part of Ontario’s... for this day. We hope that we have succeeded by giving you the full details and information. To follow all our news, you can subscribe to the alerts system or to one of our different systems to provide you with all that is new.