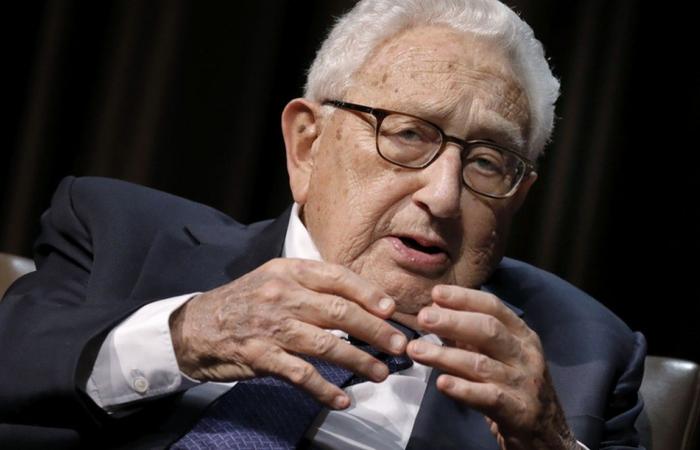 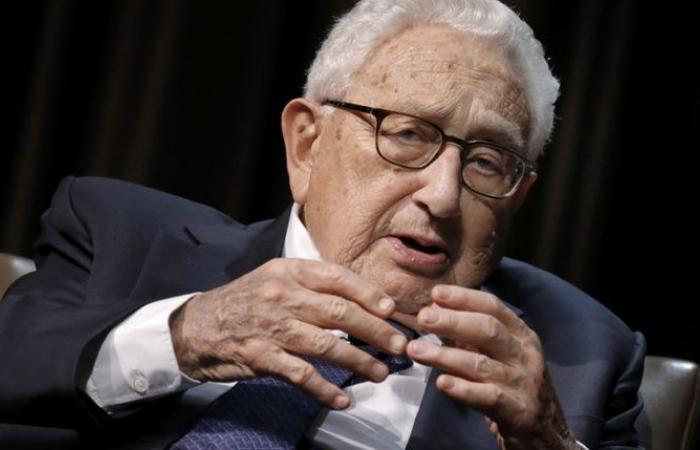 Former US Secretary of State Henry Kissinger said the future Biden government must act quickly to restore lines of communication with China, which eroded during the Trump years, at the risk of the crisis becoming a military conflict.

“Unless there is a basis for some cooperative action, the world will fall into a catastrophe comparable to World War I,” said Kissinger, during the opening session of the Bloomberg New Economy Forum. He said the military technologies currently available would make this crisis “even more difficult to control” than those of earlier times.

“The United States and China are increasingly moving into conflict and conducting their diplomacy in a confrontational manner,” Kissinger, 97, said in an interview with Bloomberg News. “The danger is that there will be a crisis that goes beyond rhetoric to a real military conflict.”

The diplomat who paved the way for President Richard Nixon’s historic trip to China in 1972 said he hoped that the shared threat of the covid-19 pandemic would provide an opening for political discussions between the two countries when Biden takes office on January 20.

“If you can, look at covid as a warning, in the sense that in practice it is treated by each country largely autonomously, but its long-term solution must be on a global basis,” said Kissinger, “it must be addressed as a lesson ”.

US-China relations are at their worst in decades, despite the fact that the two sides signed a “phase one” trade agreement earlier this year. Since then, the outbreak of the new coronavirus, which started in Wuhan, China, has gone global, killing more than 1.3 million people and destroying economies.

As U.S. President Donald Trump intensified criticism of China, blaming it for the spread of the virus and the death toll in the U.S., each side also sought measures considered hostile by both sides.

“Trump has a more conflicting method of negotiation that should not be applied indefinitely,” said Kissinger. At the beginning of the Republican’s term, “it was important for him to emphasize Americans’ deep concerns about the unbalanced evolution of the world economy. I think it was important to emphasize. But since then, I would have preferred a more differentiated approach. ”

With the rapid erosion of ties this year, China and the United States are moving towards a new Cold War, said Kissinger, adding that the two sides must “agree that any other conflict they have, will not resort to military conflict”.

To achieve this, the United States and China must jointly create “an institutional system by which some leader whom our president trusts and some Chinese leader whom President Xi trusts are designated to remain in contact on behalf of their presidents”, said the former secretary.

Relations with China may dominate President-elect Joe Biden’s foreign policy agenda. He must look for ways to defuse tensions in areas such as the future of 5G technology, the Asian country’s expansionism in the South China Sea and Hong Kong’s lesser autonomy.

Although Biden has decades of experience dealing with China, he took on a tougher tone during the presidential primaries. The Democrat has frequently criticized China’s assertive policies in his region, as well as the Beijing government’s approach to human rights.

*The article has been translated based on the content of Source link by https://valor.globo.com/mundo/noticia/2020/11/16/kissinger-alerta-biden-sobre-catastrofe-militar-eua-china.ghtml
. If there is any problem regarding the content, copyright, please leave a report below the article. We will try to process as quickly as possible to protect the rights of the author. Thank you very much!

These were the details of the news Kissinger warns Biden of US-China military catastrophe | World for this day. We hope that we have succeeded by giving you the full details and information. To follow all our news, you can subscribe to the alerts system or to one of our different systems to provide you with all that is new.