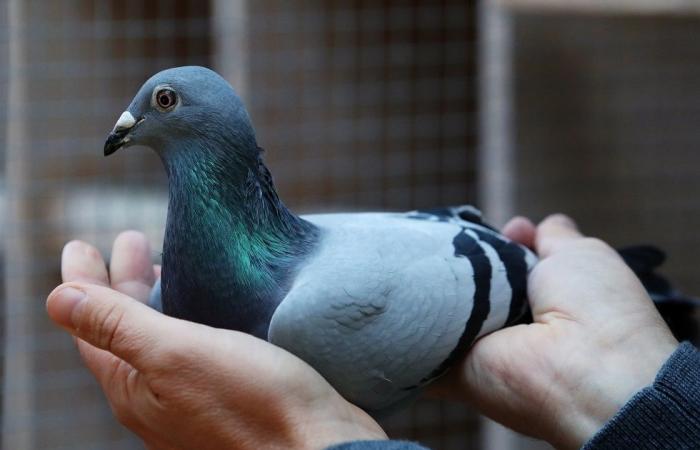 The Belgian pigeon “New Kim” has gone down in history as the most expensive pigeon in Europe after the “deal of the season”, whose champion was a Chinese businessman.

According to the Belgian pigeon company Peppa, the pigeon was bought by New Kim, a two-year-old female, who was raised by Father Gaston Van de Weir and his son Kurt in Perlar near Antwerp.

The price of the pigeon exceeded the previous record for the most expensive pigeon in Europe, which amounted to 1.3 million euros, and it was the price of “Armando”, companion of New Kim, in 2019.

Li added that Belgian breeders do not usually win big money on the race track, but rather tend to make money from the birds they raise, explaining that in China it is possible to win big cash prizes from racing.

A representative of Peppa said the pigeon, New Kim, itself was the best baby bird in Belgium in 2018, but it was rare for it to bring in the staggering prices that were paid for it and Armando.

He stated that the Van de Waer pigeons are “known worldwide”, but that the pair will retire from the sport.

With 445 birds sold, the auction is expected to fetch several million euros before it ends on Monday.

These were the details of the news Chinese buys Belgian pigeon “New Kim” for 1.6 million euros (video) for this day. We hope that we have succeeded by giving you the full details and information. To follow all our news, you can subscribe to the alerts system or to one of our different systems to provide you with all that is new.