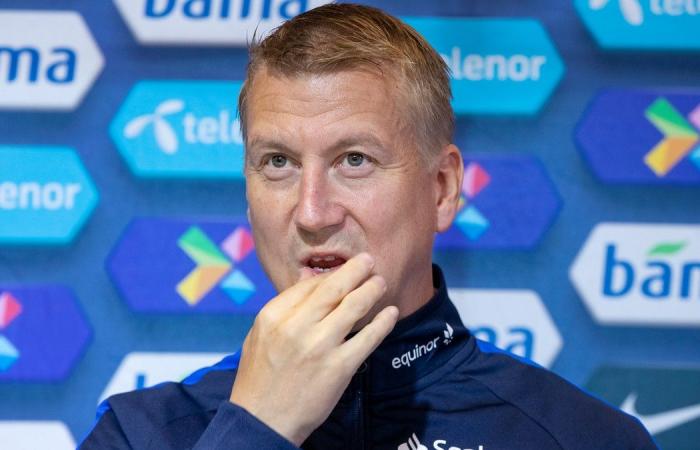 This is confirmed by the football association in a press release late Sunday night.

The team will be led by U21 national team coach Leif Gunnar Smerud as national team manager Lars Lagerbäck is in quarantine. The team will consist exclusively of players who play in foreign clubs, plus a player from the elite series who has been discharged after being infected with the coronavirus.

– Despite a special entrance, I look forward to meeting the players who in a chaotic situation have responded with great goodwill to help the national team in a demanding situation. Now it is about preparing to make a good performance against Austria, says acting national team manager Leif Gunnar Smerud.

Unclear who is in the squad

The NFF really wanted the players to travel straight to Vienna and gather there, but due to strict entry rules in Austria it was not possible. Instead, the players travel to Norway and check in at a hotel at Gardermoen.

The squad will continue to Austria on Tuesday. The plan must be approved by both the Norwegian Directorate of Health and the Ministry of Health, NFF writes in the press release.

The squad has not yet been presented. It will arrive on Monday morning at 11.00, the NFF writes in the press release.

– These have been demanding assessments, but we are now happy that the match can be played, both sportingly and out of consideration for our obligations to UEFA and the tournament we participate in. The boys themselves and their clubs have been very positive to show up at short notice to complete this match, says Secretary General Pål Bjerketvedt.

Throughout Sunday, the NFF has worked to contact a large number of players in foreign clubs to see if they can be relevant to play the important national league match. Several media outlets have mapped out who has been requested. You can see the overview here:

These have been contacted by NFF

The players come from clubs in eleven different countries, and thus arrive in Norway before leaving for Austria on Tuesday.

Why Norwegian elite league players are not included in the squad is currently uncertain. The regulations in Norway still state that players who play international matches are exempt from the entry quarantine when they return to Norway. The squad that was originally to travel to Romania and Austria could not leave because they are deployed quarantine, something national team players do not have an exemption from. When NRK asked NFF about this earlier Sunday, we received the following answer:

– We still need Sunday to work on a solution. We do not go into details about this today, wrote director of communications and public relations in NFF, Gro Tvedt Anderssen, in an e-mail to NRK.

*The article has been translated based on the content of Source link by https://www.nrk.no/sport/bekreftet_-norge-drar-til-osterrike-for-a-spille-kamp-1.15245301
. If there is any problem regarding the content, copyright, please leave a report below the article. We will try to process as quickly as possible to protect the rights of the author. Thank you very much!

These were the details of the news Norway goes to Austria to play match – NRK Sport –... for this day. We hope that we have succeeded by giving you the full details and information. To follow all our news, you can subscribe to the alerts system or to one of our different systems to provide you with all that is new.