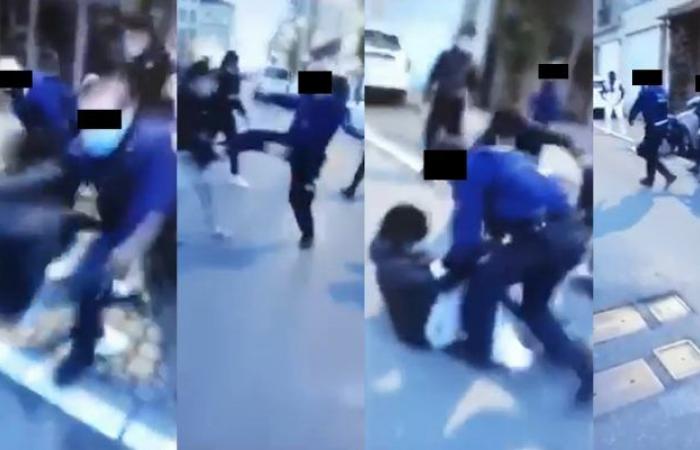 In the Brussels municipality of Ixelles, three agents of the Brussels local police were injured in a corona check on Saturday around 5 pm. That is reported by the Brussels police. The officers tried to arrest a man for an identity check, but were attacked by bystanders. Three people were eventually arrested in the incident.

“Our officers wanted to check the identity of a man,” said police spokesman Olivier Slosse. “The man resisted, and our agents tried to arrest him. A number of bystanders tried to prevent this. In addition, kicks and blows were handed out to our agents. ”

The police were eventually able to arrest three people, who will be made available to the public prosecutor’s office. “Three officers were injured in the incident,” the police spokesman continues. “They could go to the hospital for treatment on their own.”

Vincent Houssin, vice-president of the VSOA police union, is calling on politicians to take action. “This cannot go on like this,” he says. “It is getting out of control. These are some gangs who think they can take over power in certain neighborhoods. The government must intervene now. ” The union recently launched another campaign to raise awareness of violence against police officers. “There are about 8,500 incidents every year, an underestimate, because some police officers do not even file a report. 8,500 a year, that’s almost 25 a day. It is high time that politics did something about this: this costs society a lot of money and our agents are becoming demotivated by it. Some can no longer function normally: those are dramas for those families, aren’t they. ”

Houssin finds it problematic that a corona check goes wrong. “A lot of people flee or try to sabotage controls. People who throw parties don’t realize what they are doing to public health. It is a pure shame and we hope that the prosecution will act soon. ”

These were the details of the news Three police officers injured after corona check in Ixelles: “Some am... for this day. We hope that we have succeeded by giving you the full details and information. To follow all our news, you can subscribe to the alerts system or to one of our different systems to provide you with all that is new.