– We are deeply despairing – VG 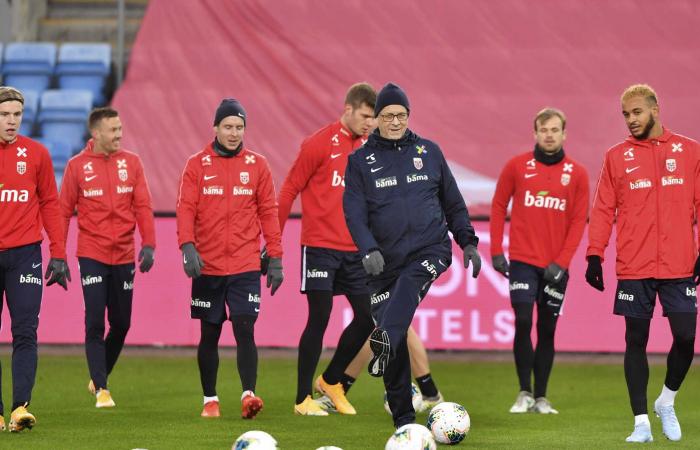 OSLO / BUCURESTI (VG) The Norwegian national team players have commented on the postponed trip to the Nations League matches against Austria and Romania in a press release. The team was at Gardermoen and ready to leave when the counter message came.

– The entire player group is deeply despairing that the Norwegian authorities refuse us to travel to the two decisive Nations League matches against Romania and Austria, it says in the message published on the Football Association’s website.

The statements come after Norway’s planned trip to the away games against Romania and Austria on Saturday morning was postponed. The health authorities do not give the national team permission to travel, but NFF has sent a letter to the Norwegian Directorate of Health stating that they want an exception.

The Norwegian players are in quarantine after that national team captain Omar Elabdellaoui was infected with the coronavirus. That is the reason for the postponement.

– We were at Gardermoen, the plane was loaded and was to take off in an hour when the message about. We have complied with the very strict UEFA protocol at the meeting. It involves corona tests before we traveled to Norway, and after arrival we have been tested five times. After the case of infection was discovered, all the players and the support staff tested negative twice, the players continue.

The message is written by the captain team Stefan Johansen, Joshua King and Martin Ødegaard on behalf of the player group.

NFF-top sounds the alarm after Guldvog’s play: – The consequences are unpredictable

They further write about how they have lived in isolation during large parts of the corona pandemic and at the national team gathering, before emphasizing the importance of the matches:

– For four years, we have worked really hard to optimize the opportunities to qualify for the championship and advanced more than 40 places in the FIFA rankings. We can move up to the A-group in the Nations League and meet Europe’s best team, we can be ranked among the 20 best nations in Europe that give us the second best seeding level before the World Cup qualifiers. Not playing the international matches against Romania and Austria can quickly crush our sporting ambitions both in the short and long term.

– We experience little understanding and willingness to understand our situation. We have sacrificed our domestic Elite Series players on the national team to comply with the Norwegian quarantine regulations, but we in foreign clubs are also denied travel. This is a practice we do not see anywhere else in football-Europe.We are now in our second day of gathering without training, but have still not given up hope of playing against Romania and Austria. We love to represent our country and hope the Norwegian authorities give us the green light to travel, then we will continue to be good infection control ambassadors as we have been since the pandemic broke out in March, the message continues.

Negative tests do not help

On Saturday, VG has also been in contact with the assistant health director, Espen Nakstad. He explains the health authorities’ decision in this way:

– We assume that all close contacts of a sick person are quarantined for 10 days in line with the covid-19 regulations. If persons who should have been in quarantine are taken out of quarantine by an employer for purposes other than arranging for transport to a suitable quarantine location, it will violate the Norwegian rules and the intention behind the quarantine institute internationally as well as WHO’s recommendations.

– If people who should have been in quarantine have close contact with others during the quarantine period, the risk of further spread of infection increases. It is not justifiable in terms of infection control and the covid-19 regulations in Norway only provide an opportunity for this in very special exceptional situations in order to maintain critical societal functions.

The Norwegian players have been tested four times since they arrived in Norway and no later than Friday night. All 39 test results received are negative, NFF writes in the press release. The negative tests do not help much, says Nakstad to VG.

– A negative test tells you that you are probably not contagious on the day you are tested, but the disease can still break out at any time during the first 2-14 days after you have been infected. That is why you can not test yourself out of quarantine according to the Norwegian rules in the covid-19 regulations, he says.

These were the details of the news – We are deeply despairing – VG for this day. We hope that we have succeeded by giving you the full details and information. To follow all our news, you can subscribe to the alerts system or to one of our different systems to provide you with all that is new.