in New Caledonia, the gray areas of the battle for the... 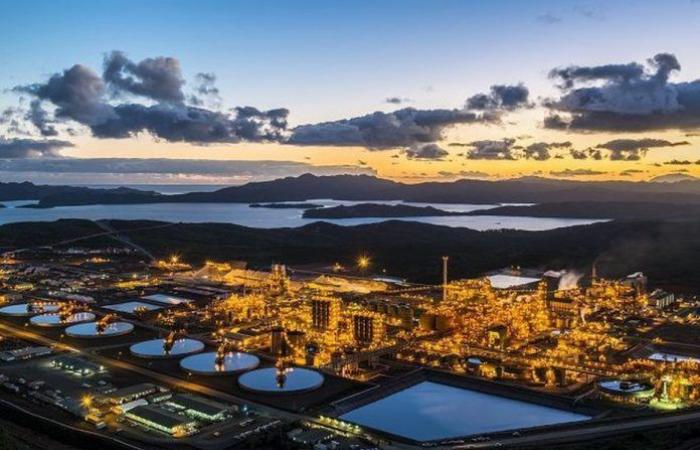 A predominantly Caledonian consortium associated with the Swiss Trafigura entered into exclusive negotiations with the managers of Vale Nouvelle-Calédonie. The separatists intend to impose another solution: that of their mining company (Sofinor) associated with the Korean group Korea Zinc.

The Caledonian subsidiary of the Brazilian group Vale was the target of blockages and degradations on Friday in New Caledonia, perpetrated by a collective opposed to the plan to sell the southern nickel plant to a Caledonian consortium led by the Swiss trader Trafigura. The collective “southern factory: country factory” supported by the separatists of the FLNKS, the Kanak chiefdoms and several unions and associations, opposes the sale by Vale of its factory to a Caledonian and international consortium, in which Trafigura, giant of the commodity trading holds 25%, while Caledonian interests are in the majority.

The apparent stake concerns the future and the takeover of the South plant located in the Southern Province of New Caledonia with its enormous reserves of nickel and cobalt intended for the manufacture of batteries for electric vehicles. 1300 jobs are affected. But, it is not impossible either that interests acting in secret wish to appropriate the mining titles of Goro Nickel (Usine du Sud) in order to then resell them to a Chinese nickel giant. Simple coincidence? On Thursday, an employee of the Swiss group Trafigura was arrested in China …

“We do not want Trafigura here. We will not give in and our mobilization will gain momentum in the coming weeks,” Raphaël Mapou, spokesperson for the “Usine du sud: factory pays” collective, told the press. The same collective had obtained last summer the renunciation, at the last minute, of a previous candidate for the acquisition of the industrial site: the Australian New Century supported by a consortium which included the banking giant Macquarie had then mentioned “fear of risk”.

The collective bringing together the Caledonian separatists intends to impose a solution that would favor its mining company (Sofinor) associated with a South Korean industrialist. The latter would finance the takeover operation of the Vale plant and the Goro mine. Korea Zinc would hold all of the production at the southern plant.

Chinese interests were also mentioned on Friday by a source close to Vale’s management at the headquarters of the Brazilian group’s nickel subsidiary in Toronto, Canada. According to this source, speaking on condition of anonymity, the independence project led by Sofinor and Korea Zinc “would involve an export of nickel (saprolites) to China from the Goro deposit to the tune of 2.6 million wet tons per year.”

The offer submitted by Sofinor and Korea Zinc was assessed by an analysis report produced by the Finance Department of Bercy. “In a note revealed by Outre-mer 1ère, Bercy services considered the financial terms of the project” imprecise “ Le Monde underlined in its November 6 edition.

On Friday, members of the collective blocked access to the nickel mine, the factory and the base-camp of the industrial site of Vale in the south of the archipelago, while the departure of the ferry carrying employees from Nouméa was disturbed after damage.

“A gangway was unbolted and thrown into the water, the hawsers were cut and annexes of the boat were destroyed”, Vale-NC’s communications director told AFP, specifying that around sixty gendarmes and police had finally allowed boarding. The port of Noumea is also blocked, prompting condemnations from the employers given the economic context “already critical”.

In a statement to employees, Mark Travers, director of Base Metals at Vale assured that the group does not “would not be dictated by those who use intimidation and violence. “ The southern province also denounced these degradations and “thanked the State for its proportionate and appropriate action”.

The two parties are in exclusive negotiations until December 4 and have received state support, implied by significant financial support. Backed by the large Goro deposit, the site, which directly employs 1,300 people, produces nickel and cobalt for the electric vehicle battery market. The factory unions and a large majority of employees support the takeover offer associating New Caledonia and the Swiss group Trafigura.

*The article has been translated based on the content of Source link by https://la1ere.francetvinfo.fr/nickel-en-nouvelle-caledonie-les-zones-d-ombre-de-la-bataille-pour-l-usine-du-sud-892488.html
. If there is any problem regarding the content, copyright, please leave a report below the article. We will try to process as quickly as possible to protect the rights of the author. Thank you very much!

These were the details of the news in New Caledonia, the gray areas of the battle for the... for this day. We hope that we have succeeded by giving you the full details and information. To follow all our news, you can subscribe to the alerts system or to one of our different systems to provide you with all that is new.