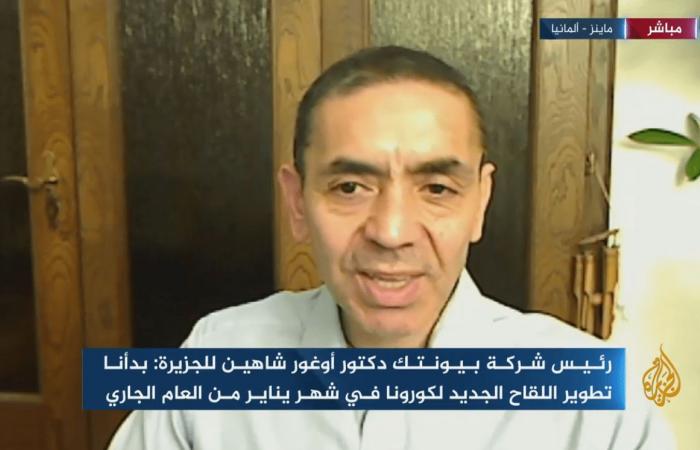 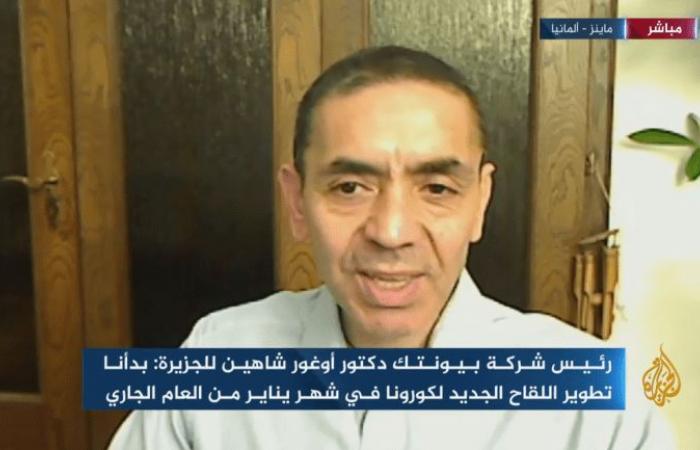 The executive director of the German company, “Biontec”, Ugur Shaheen, confirmed that the Corona vaccine, which they reached with the American company “Pfizer”, “could hit the virus upside down.”

This came during an interview conducted by Shaheen, of Turkish origin, with the British newspaper “The Guardian”, on Thursday, in which he expressed his optimism about the vaccine developed by “Biontech”.

Shaheen said: “If the question is, can we stop the pandemic with this vaccine? My answer is: Yes.”

“I think the vaccine will have a great effect even in protecting against symptomatic infections,” he added.

He pointed out that, “Until the date of the disclosure of the results of the initial trials on the vaccine, last Monday, I was not sure if the vaccine developed by our company would provoke a strong enough reaction from the human immune system.”

Although the current experiments did not prove that the vaccine prevents the transmission of the virus, the highly effective results prompted Shaheen to assume that he could do so.

Shaheen pointed out that Pfizer’s experience in mass market vaccines and quick procedures from regulatory authorities helped accelerate the development process to 10 months instead of years.

He explained that the vaccine “prevents corona from reaching our cells, but even if the virus manages to find a way to enter it, the T cells hit it on the head and eliminate it.”

He continued: “We have trained the immune system well to master these two defense mechanisms, and we now know that the virus cannot defend itself against them.”

He stressed that “some critical questions related to the effectiveness of the vaccine will not be answered except in the coming weeks and months.”

Shaheen, 55, and his wife Ozlem, 53, who are German from the children of Turkish immigrants, and Austrian oncologist Christoph Huber, founded the company “Biontech” in 2008.

And the American “Pfizer” company and the German “Biontech” announced, last Monday, that they had reached an anti-Corona virus vaccine and that it was “90 percent effective.”

“Pfizer” said, in a statement, that it will submit an emergency request to license the use of the vaccine at the end of November, and described the announcement of the results of its experiments on the expected vaccine, as “a great day for science and humanity.”

These were the details of the news Ugur Shaheen: Our vaccine can end the Corona pandemic (video) for this day. We hope that we have succeeded by giving you the full details and information. To follow all our news, you can subscribe to the alerts system or to one of our different systems to provide you with all that is new.