Brazil vs. Venezuela for the Qualifiers: check out where to watch... 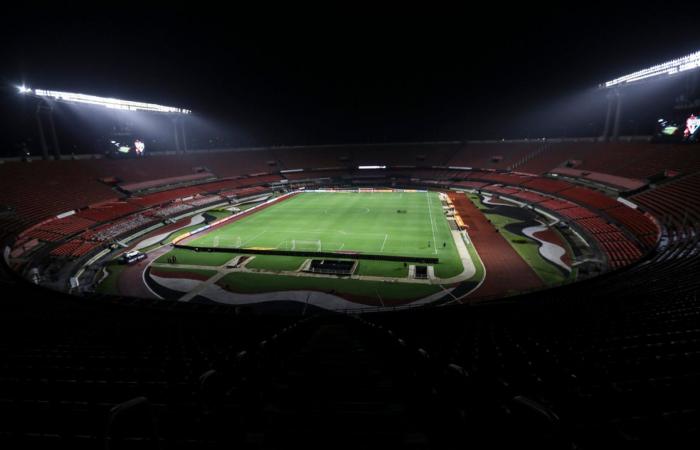 O Brazil enter the field today, Friday, November 13 (11/13), to face the selection of the Venezuela, at the Morumbi stadium, in São Paulo, for the third round of Qualifiers for the 2022 World Cup (Qatar). O game, scheduled to start at 9:30 pm (Brasília time) will have Live broadcast on television. You can watch Brazil vs Venezuela through TV Globo and SporTV channels. Check out the likely escalation of each selection at the end of the text.

With two wins in the first games, against Bolivia and Peru, Brazil has six points in the competition. Venezuela, for its part, has not yet scored, since it was defeated by Colombia and Paraguay.

The yellow-green team will have a series of absences for the confrontation. On Thursday, Rodrigo Lasmar, a doctor from Brazil, announced that Gabriel Menino had tested positive for covid-19 and was recalled.

The midfielder and right-back became the sixth athlete to be cut from Amarelinha. Before him, defenders Rodrigo Caio and Éder Militão, midfielders Casemiro and Fabinho and midfielder Philippe Coutinho had already been removed from the team. Diego Carlos, Felipe, Allan, Bruno Guimarães and Lucas Paquetá were called in as substitutes.

Brazil will also go without Neymar, who tried to recover from injury to the adductor muscle of his left leg for the match against Uruguay, but ended up being cut. Thus, the selection will have a different lineup compared to the last matches, with Richarlison as center forward and Ederson as goalkeeper, as Tite announced at a news conference.

“Regarding Richarlison, it’s nine. And Firmino will be able to be a freer player, more bow than arrow, unlike the other game, an articulator. Then we will have a more aggressive player, who verticalizes and goes to the goal, from the submission of nine that is Richarlison. As this is going to compose with Gabriel Jesus and Éverton Ribeiro, as a set of the work, I protect a little more ”, said the commander.

Without even shaking the nets in the qualifiers, Venezuela is unlikely to have major changes.

When will Brazil vs Venezuela

>> With visibility in the selection, Richarlison says he will continue supporting social causes

Where will Brazil vs Venezuela

These were the details of the news Brazil vs. Venezuela for the Qualifiers: check out where to watch... for this day. We hope that we have succeeded by giving you the full details and information. To follow all our news, you can subscribe to the alerts system or to one of our different systems to provide you with all that is new.