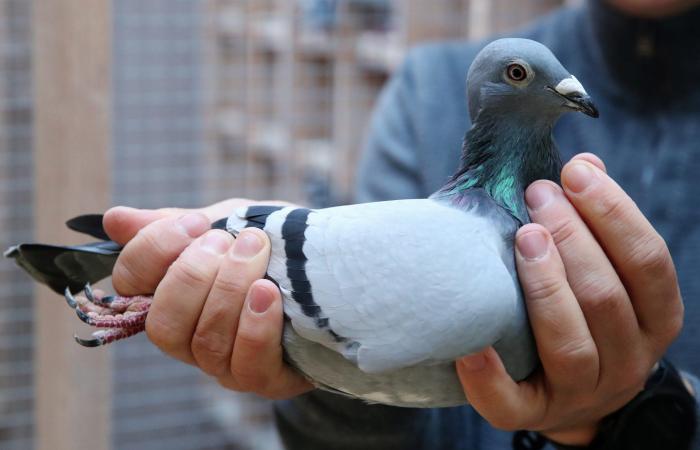 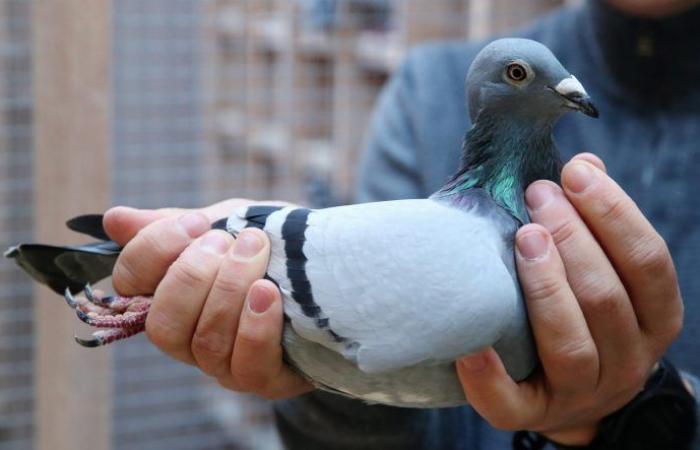 Two-year-old Belgian pigeon “New Kim” was crowned the most expensive pigeon in the world, after it reached 1.3 million euros ($ 1.5 million) in an online auction.

An online auction house said a two-year-old Belgian racing pigeon called New Kim is about to set a world record of more than $ 1.5 million at an auction, which is an exceptional price.
Within just an hour and a half of the start of the auction on Pipa Piegon Paradise last Monday, the New Kim pigeon won 226 offers, the highest of which reached 1.3 million euros ($ 1.5 million).

The price has not changed since that time, and with days remaining until the auction ends, New Kim is still the most expensive pigeon ever, surpassing the record set by a Belgian pigeon paid for by a Chinese amateur of 1.252 million euros in 2019.
The auction officially ends on November 15, and there is a possibility that a bid will exceed the current standard bid of a person from South Africa.
Although this is unlikely to happen, there is a small possibility of bid withdrawal, as the organizer requests a deposit of 20% of the total bid amount.

Chinese enthusiasm for long-distance homing pigeons has pushed prices up sharply, at a time when homing pigeons and their traditional races have a special place in Belgium.
“No other country has such a high density of pigeon enthusiasts as Belgium … there is no country in the world where many pigeon keepers live with one another, as is the case in Belgium,” said one pigeon keeper.

“We have 20,000 pigeon breeders in a very small country who are competing with each other at a very high level..it is like the European Champions League,” he said, referring to the elite competition in European football.
Pigeon offers totaled 1.32 million euros this week, surpassing the previous record of 1.252 million euros set in March 2019 for the other Belgian pigeon Armando.
This price is a record for a female pigeon – where Armando, who set a record previously – was male, and the male is usually more valuable than the female, because he can produce more offspring, according to the CEO and founder of the auction house.

These were the details of the news Watch: $ 1.5 million is the price of the most expensive... for this day. We hope that we have succeeded by giving you the full details and information. To follow all our news, you can subscribe to the alerts system or to one of our different systems to provide you with all that is new.