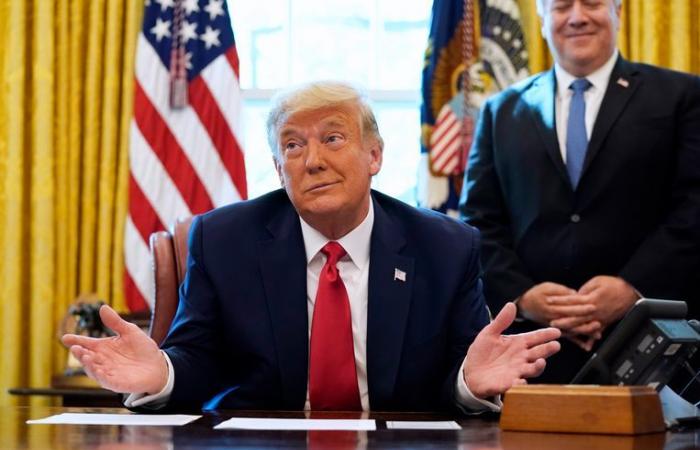 Discontent is growing among Democrats and Republicans alike about the ‘ax day’ that President Trump started. A day after Defense Secretary Mark Esper was fired, three senior Pentagon officials resigned. Republicans are trying to prevent him from firing the CIA boss now.

The ‘big clean-up’ that the president would be after already leaked before the elections. Trump would not only want to get rid of top figures with whom he often clashed, but also push through decisions that met with resistance, such as a military departure from Afghanistan. In addition to Esper, CIA director Gina Haspel and FBI director Christopher Wray should also immediately leave the field.

The resignation of Esper, who had to read in a tweet from Trump on Monday that he had been fired, has raised great concern in Congress. Democrats are concerned that the president is jeopardizing national security. America’s enemies, from Russia to Iran, they say could take advantage of the Pentagon’s “decapitation.” Esper had angered Trump in the summer by opposing any military deployment in the anti-racism demonstrations.

Now that the Defense Department political summit is made up entirely of supporters, nothing stands in the way of Trump for pushing through decisions that Esper and senior generals did not see. For example, Trump announced before the election that the 4,500 American soldiers in Afghanistan must go home quickly. “The small number of courageous men and women still serving in Afghanistan is yet to be brought back before Christmas,” he tweeted to the dismay of the Pentagon leadership.

Esper and the top military felt that the withdrawal should depend on steps the Taliban had promised to take to end the war.

If the president gets his way now, it could lead to a conflict with the top generals. Should America’s top military, Chief of Staff Mark Milley, resign in protest, it will cause a shock wave in Washington. Esper warned after his dismissal of the danger that Trump would immediately surround himself with ‘yes-men’. “Then God must assist us,” he said to the Military Times.

In Washington, fears are growing that the president is now turning his sights on CIA boss Gina Haspel. She should be leaving, well-informed news site Axios reported in October, as she would have frustrated plans to release documents investigating the Trump campaign’s collusion with Russia.

Important Republicans on Tuesday expressed support for Haspel. “She has done a great job in my opinion, ”said Senator Marco Rubio, chairman of the influential Senate Intelligence Committee. His colleague John Conryn, member of the committee, also informed the president that he did not support the dismissal of the CIA chief.

Conryn also thinks Trump should let FBI Director Christopher Wray down. The president would be angry with him because, among other things, he did not start an investigation into the controversial lobbying activities abroad of Joe Biden’s son Hunter. Conryn: “I believe they are both good civil servants and have done a good job for the country.”

These were the details of the news Trump’s big chaste: Pentagon ‘decapitated’, CIA boss dismissed for this day. We hope that we have succeeded by giving you the full details and information. To follow all our news, you can subscribe to the alerts system or to one of our different systems to provide you with all that is new.