Who is behind the group? 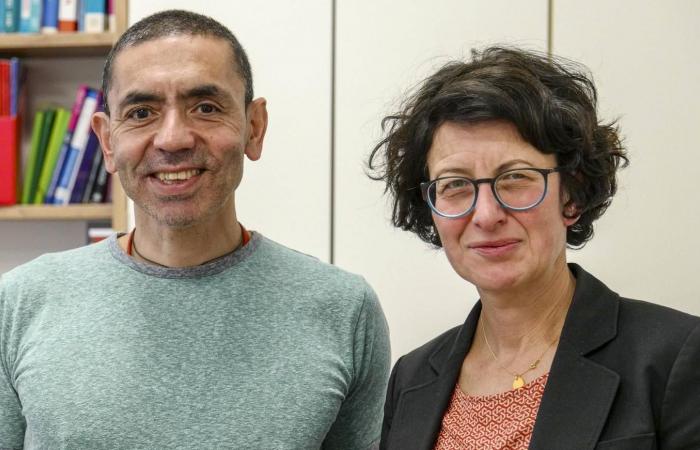 The German company Biontech wants to apply for approval for a vaccine against the coronavirus in November. The chances for the remedy are good. But who is behind the billion dollar company?

The good news came at lunchtime: shortly before 1 p.m. on Monday, the German company Biontech announced that it would apply for accelerated approval for a corona vaccine in November. The agent, which Biontech is developing together with the pharmaceutical giant Pfizer, is more than 90 percent effective.

This news caused euphoria on the stock exchange: The company’s shares rose in double digits. The Dax rose by six percent. Many stocks climbed to their highest level since March. Biontech has finally become the hope of vaccine research, a company that the whole world is now looking at.

How come? And above all: Who are the driving forces behind the company that hardly anyone knew until a year ago?

Biontech founder is the son of Turkish guest workers

Biontech is not a classic, well-known pharmaceutical company. It is not based in an American metropolis, but in tranquil Mainz. The address of the company is “At Goldgrube 12” – although nothing in the neighborhood is really glamorous: Biontech shares the street with a bicycle shop, a post office and a kebab shop.

Little known until recently were the heads behind Biontech, the doctors Uğur Şahin, 55, and Özlem Türeci, 53. Şahin’s parents came to Germany from Turkey when he was just four years old. His father worked at Ford in Cologne.

There, at the university clinic, Şahin studied medicine after graduating from high school. While his friends went home after university and enjoyed their free time, Şahin continued to work in the laboratory, he said at an award ceremony. According to Şahin, he sometimes stood in the laboratory until 4 a.m.

His wife Özlem Türeci, also a doctor, grew up with her grandfather in Istanbul for the first four years and then came to Cloppenburg, where her father worked as a doctor in a small Catholic hospital. Even as a toddler, Türeci watched appendectomy operations. She once said of herself: “I am a Prussian Turkish woman.”

The two, who meanwhile have a daughter together, met in the cancer ward of the hospital in Homburg in Saarland. Şahin worked there as a doctor, Türeci was in the final stages of her medical studies.

They founded the first company 20 years ago

In 2001 the two moved to Mainz, where they initially worked at the university. But because there wasn’t enough money there for their cancer research, they founded their first company with partners and investors: Ganymed Pharmaceuticals.

The company did not get its name from Greek mythology – Ganymed, who is loved by Zeus, the father of the gods, as the “most beautiful of mortals”. Rather, the name is derived from Turkish. Ganymed stands for something like “what one has fought for through hard work.”

The company developed antibodies against cancer cells – the specialty of Şahin and Türeci. In 2016, the two sold the company to the Japanese pharmaceutical company Astellas for more than 400 million euros.

Biontech has been researching the vaccine since January

Previously, in 2008, Şahin and Türeci co-founded Biontech (spelling “BioNTech”), a company that now has more than 1,000 employees that develops cancer immunotherapies. Şahin became chairman of the board, Türeci heads the clinical development department.

Here, the scientists work primarily on drugs based on so-called mRNA. In short, this means: The body should be used as a “machine” to produce antigens against cancer – a procedure that now appears to be very promising in the fight against Covid-19.

In this way, not only tumors can be treated. The vaccine, which is soon to be approved, is also based on this method. When the pandemic broke out, Şahin and Türeci reacted immediately: The couple shifted the focus of their research, and Biontech has been focusing on fighting the coronavirus since spring.

The drug with the complicated name “BNT162b2” had been developed by Biontech in the “Lightspeed” project since mid-January. It contains genetic information about the pathogen, from which the body produces a virus protein – in this case the surface protein that the virus uses to enter cells. The aim of vaccination is to stimulate the body to produce antibodies against this protein in order to intercept the viruses before they enter the cells and multiply.

The phase 3 study, which is crucial for approval, began in various countries at the end of July. More than 43,500 people have now received at least one of the two vaccinations, which are given every three weeks. Vaccination protection should then be achieved one week after the second injection.

One advantage of RNA vaccines is that they can be produced much faster than conventional vaccines. Biontech and Pfizer expect to deliver up to 50 million vaccine doses worldwide this year and up to 1.3 billion doses next year.

Şahin is one of the richest Germans

For Şahin, who holds 18 percent of the company, this also has a financial impact. In autumn 2019, Biontech went public on the Nasdaq tech exchange in the USA – and was initially valued at around 3.5 billion US dollars. Now, thanks to coronavirus research, Biontech is worth around $ 20 billion. In October, the “Welt am Sonntag” reported that Şahin was among the 100 richest Germans – with assets of 2.4 billion euros.

But that’s not what Şahin and Türeci are about, it’s about science. The two still have their cancer patients in mind. “I hope that we will enable risk groups like our cancer patients, some of whom no longer dare to go out into the streets, to make contact with others again,” said Şahin recently.

As chairman of the board of Biontech, Şahin is modest. Instead of a limousine, Şahin still rides his bike. The Biontech investor, Thomas Strüngmann, told the “Handelsblatt” that Şahin and Türeci are “exceptional with what they have created for the company in terms of scientific principles and the passion with which they drive it forward.” They would never have “put monetization first.”

To this day, Şahin researches and teaches as a professor for experimental oncology at the university clinic. Türeci also teaches as a private lecturer at the University of Mainz. The two teach students who want to become what they once were: medical professionals who put research at the center of their work.

An anecdote is symbolic of this work: On the day of their civil wedding, both were still in the laboratory in the morning. And instead of celebrating with family and friends after the wedding, they went back there afterwards. The hope for a corona vaccine – it could come true thanks to this couple.

These were the details of the news Who is behind the group? for this day. We hope that we have succeeded by giving you the full details and information. To follow all our news, you can subscribe to the alerts system or to one of our different systems to provide you with all that is new.