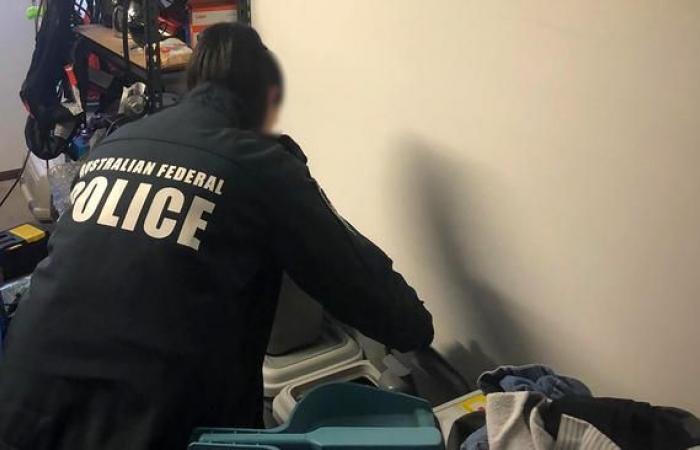 Federal Police have rescued 46 children from the hands of their alleged perpetrators, including a childcare worker and a football coach in one of the largest child sexual abuse cases ever discovered in Australia.

Police in Queensland, New South Wales and Western Australia have arrested 14 men on 828 counts. Investigators have cited alleged “heinous systemic sexual abuse” involving children, some of whom were just babies.

There were 39 child victims in NSW, one in Queensland and six in WA allegedly exposed to the production and / or distribution of child abuse material to an online network of Australian and international “peers”.

Four animals were allegedly ill-treated during the operation and charged with bestiality.

One of the men charged was a 27-year-old former nanny from northern NSW who has faced 303 charges of sexual intercourse and indecent assault of at least 30 children, including some in his daycare. He will appear in Port Macquarie Court on January 21st next year.

His 22-year-old male partner was also charged with multiple offenses. Police said he “allegedly molested children who were misled by his partner”.

He faces 44 charges as well as bestiality offenses.

A retail assistant, a cook, a disability worker, an electrician, a supermarket clerk, an IT worker and a court clerk were also reportedly on the men’s network.

AFP agents spent most of 2020 identifying victims after the Australian Center for Combating Child Exploitation received a report in February from U.S. colleagues about online material allegedly being accessed.

The first arrest was of a 30-year-old Wyong man in February for allegedly molesting two children. However, police said a cell phone forensic search revealed a much wider network in Queensland, NSW and WA, which led to the establishment of Operation Arkstone.

In a statement, the AFP said: “The gathering of evidence on every arrest led to the dismantling of this suspected crime network.”

“Each warrant led to the discovery of more suspected criminals and more children to be rescued from alleged ongoing abuse,” the statement said.

According to initial results, nine men and 14 alleged child victims were identified in June.

Since then, the additional suspected offenders and victims have been identified. Two men were most recently arrested after search warrants were issued in NSW and Queensland between November 3rd and 5th.

A total of eight men in NSW were charged with 577 crimes, three men in Queensland with 30 crimes and three men in SA with 221 charges.

The operation identified a number of suspected sex offenders in Europe, Asia, the US, Canada and New Zealand with 146 international referrals.

Christopher Woods, AFP deputy commander in charge of child protection, said the scale of the crime was unprecedented.

“No child should be exposed to abuse and violence from people who have a high level of confidence in their life, be it a family member, a child carer or a soccer coach,” said Woods.

“These men allegedly produced child abuse material for the depraved pleasure of their peers, without thinking about the lasting effects of their actions on these children.

“Police will claim Operation Arkstone uncovered a network of ill-treatment in which the suspected criminals on the forums encouraged and encouraged each other to engage in acts of depravity and child abuse.”

These were the details of the news 46 children rescued, 14 men indicted in raids in NSW, Qld,... for this day. We hope that we have succeeded by giving you the full details and information. To follow all our news, you can subscribe to the alerts system or to one of our different systems to provide you with all that is new.

PREV UN report sounds alarm on acute global shortage of midwives
NEXT WHO: Pandemic plateauing with deaths and cases declining