Norway-Israel should never have been played 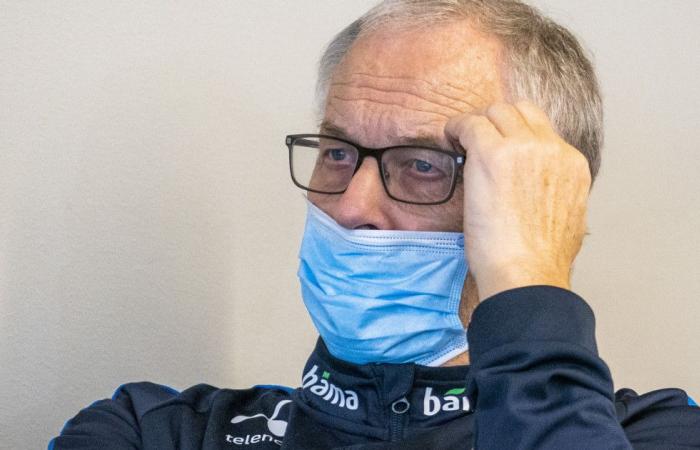 As the recipient of these recommendations, you will find the organizer, the Norwegian Football Association.

For them, it is important to get budgeted income into the account.

That is why Norway – Israel is played.

So simple, so stupid.

NORWAY MUST NOT Anyway, UEFA is not pushing the NFF to this match. It is just very appropriate and well paid. The TV agreement, which annually adds NOK 65 million to the Norwegian Football Association, is in its third of four years.

IN 2018 AND 2019 Norway played ten international matches. Because there will only be eight in 2020, 12 will be played in 2021. The price per match can be valued at 6.5 million through the division method.

That is the value of Norway – Israel.

Infection control also has its price.

THERE ARE TWO reasons that to Norway Israel will meet at Ullevaal Stadium this Wednesday. 1) The national team management wants the match for sporting reasons. 2) NFF needs the money. Nothing else has influenced the decision.

Some claim that the Norwegian Football Association in this case lives in a bubble and is unable to see the world around them.

It is difficult to claim that this particular allegation is directly unjustified.

IN OCTOBER, DA Norway had three mandatory matches – first Serbia in the playoffs for the European Championships, then the two Nations League matches against Northern Ireland and Romania – Lars Lagerbäck complained about the tightness of the national team’s match program. The main argument at the time was the predatory drive of the players, and the strain the individual is exposed to.

The pandemic has turned the football year 2020 upside down, and a compressed schedule has made the players more vulnerable.

You hear it from all sides, not least the club coaches around Europe.

FOR A MONTH since there was little one could do, then all three matches were qualifiers. This time, the first is a nothing-fight against Israel. In the stress perspective that was used as a basis in October, one would therefore think that a training match was easy to scrap.

It’s not that simple.

THE ECONOMIC ARGUMENT to play the match is given, the NFF admits it even though there is no automaticity in any shortening of the TV money. Had 39 matches over four years been fine for licensee TV 2, it would also have been fine for UEFA.

That question has not been discussed.

THE FOOTBALL PROFESSIONAL ARGUMENT is that the Israel match gives the national team management a rare opportunity to try out players with little or no playing time for Norway. It is as far as a fair circumvention of what was so heavily criticized a month ago, at least it does not crash.

What is not right is the willingness to play the game at a time when the worst global health crisis in over a hundred years is in an escalating phase.

How football can trump health where we are now is difficult to understand.

PRIVATE PERSON LARS LAGERBÄCK sees it, understands the cries for responsibility and says he would not have had any objections if the match had been scrapped. It’s commendable. That’s how many of us think.

For footballer Lars Lagerbäck, however, it is different.

He will play the match, at almost any cost.

WHEN IT COMES to what is best for the job he will do with Norway, the pandemic is no longer a weighted argument. Then the protocol comes into play, UEFA’s strict regulations regarding the handling of infection control.

It is guaranteed to be good, it is probably also followed to the letter, but it is not bulletproof in relation to a virus that does not take into account.

If Cristiano Ronaldo can be infected at the national team gathering, everyone can be.

And if it was bad a month ago, it’s much worse now.

Therefore, there should be no international match at Ullevaal on Wednesday at 18.00

NFF should rather stand up for the health of people, and take one for Europe.

These were the details of the news Norway-Israel should never have been played for this day. We hope that we have succeeded by giving you the full details and information. To follow all our news, you can subscribe to the alerts system or to one of our different systems to provide you with all that is new.