5 presidents did not congratulate Biden on his victory … a... 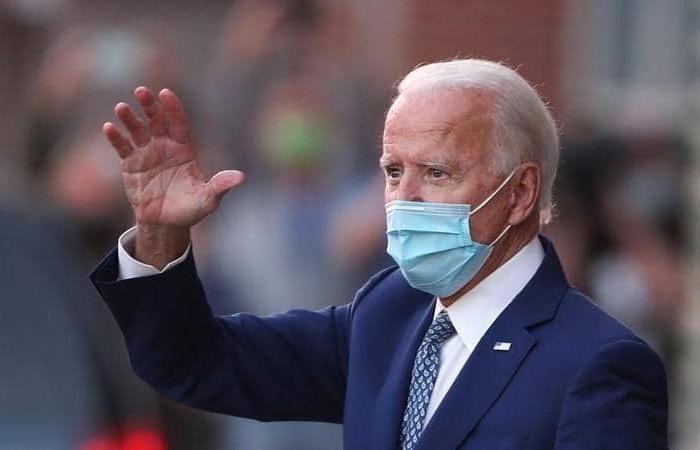 A number of world leaders did not congratulate the US President-elect, Joe Biden, after his victory in the elections that decided the race to the White House recently, ending the era of Donald Trump.

According to CNN, the “silence” of these presidents until the moment “reveals a lot”, which may be reflected in their relationship with Biden in the future.

In 2016, the Kremlin congratulated Trump on winning the presidency hours after the election results were announced, but the Russian president did not send the same message to Biden.

Kremlin spokesman Dmitry Peskov said on Monday that Moscow would wait for the official election results before commenting on the current outcome.

During his presidency, Trump bucked long-standing US policy with Russia, by repeatedly praising Putin, raising doubts that his campaign allowed Russian interference in the 2016 election that brought him to power.

Hence, the same intimate relationship between Putin and Biden, who pledged to treat foreign interference in his country’s affairs as an “act of hostility”, cannot be expected.

In late October, Biden described Russia as the “main threat” to US national security, during an interview with “60 Minutes” on the American “CBS” network.

Kremlin spokesman Peskov responded to Biden’s statement, saying that “Russia does not agree with it,” and that “such speech led to an amplification of hatred towards the Russian Federation.”

Despite his sharp rhetoric as a presidential candidate in 2016, then-president-elect Trump was congratulated on his victory from President Xi Jinping, who called for moving forward with a “healthy” and “stable” Sino-American relationship.

While Trump and Xi briefly established an unexpected friendship, relations between the two countries deteriorated amid deep divisions over trade, technology, human rights, accusations of Chinese expansion, and finally the Corona pandemic.

A Chinese Foreign Ministry spokesman, on Monday, avoided questions about when Biden would congratulate him on his victory in the election, saying that China would act “in accordance with international practices.”

It is not difficult to know why Beijing hesitated to congratulate Biden. Biden boasted of his ability to confront China, unlike Trump, and denounced Trump’s “embrace” of the Chinese president at the beginning of his term.

Beijing also believes that it is not obliged to make new concessions to the United States under a new administration, according to “CNN”.

Trump praised Turkish President Recep Tayyip Erdogan for his rough handling of his opponents, especially after the failed coup attempt in July 2016.

Trump also praised Erdogan’s controversial victory in the referendum on the constitution, under which the president obtained broader executive powers that tightened his grip on the country.

In short, with Trump taking office, Erdogan has largely got an absolute mandate to do what he wants, but the story will be completely different with Biden, who Erdogan has not yet recognized as the elected president of the United States.

Speaking last year on a special episode of “The Weekly” news program, Biden said he was “concerned” about Turkey, and would take a “completely different approach” to relations with it, including support for the opposition leadership and the Kurds.

Erdogan angered NATO by purchasing Russian weapons, which led Biden to say that Erdogan should “pay a price” for these measures, including whether the United States would continue to sell him weapons.

Brazilian President Jair Bolsonaro, often known as “Trump of the Tropics” because of his shared traits with the outgoing US president, has been silent about Trump’s loss.

Bolsonaro and his children, who play an active role in politics, were optimistic about Trump’s re-election for a second term.

His son, Congressman Eduardo Bolsonaro, who wore the “Trump 2020” hat on a trip to Washington as his father’s envoy, questioned the votes that Biden got and the integrity of the US elections, through tweets on his Twitter account last week.

With Trump’s departure, Bolsonaro loses an important diplomatic ally, and finds himself facing an American president interested in human rights issues and the Corona crisis, which the Brazilian president had long denied until he was struck by the virus.

Mexican President Andres Manuel Lopez Obrador made a carefully worded statement about the US election. He did not address Biden as the winner, saying instead that he “needs to wait until the legal challenges in the vote count are over.”

“We will wait for all legal issues to be resolved. We do not want to be reckless or act lightly. We want to respect the right of self-determination for the people,” he added in the statement issued on Saturday.

Lopez Obrador has forged a close relationship with the US President over the past few years, and the two men met in July to celebrate the implementation of the US-Mexico and Canada trade agreement.

Lopez Obrador’s reluctance to congratulate Biden may be due to his friendship with Trump, and the move can also be interpreted as a continuation of Mexico’s foreign policy approach of avoiding commenting on other countries’ affairs.

These were the details of the news 5 presidents did not congratulate Biden on his victory … a... for this day. We hope that we have succeeded by giving you the full details and information. To follow all our news, you can subscribe to the alerts system or to one of our different systems to provide you with all that is new.