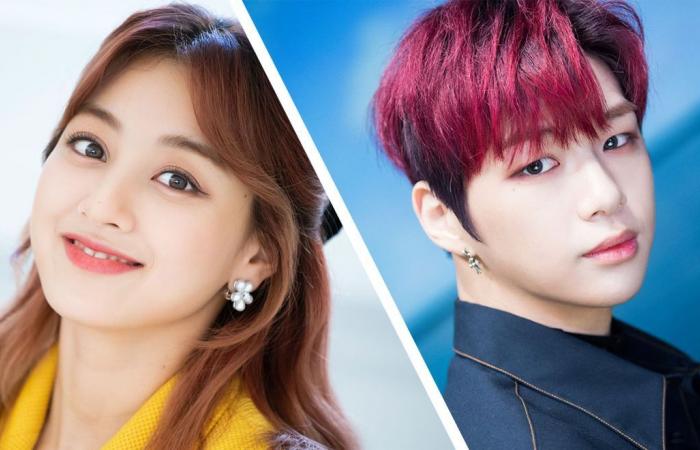 On November 10 KST, entertainment portal Dispatch revealed that Jihyo, member of TWICE, and lead singer Kang Daniel they ended their romance. Both idols had made their courtship public a little over a year ago.

According to the Korean media, the reason for the separation would have been the busy schedules that both artists have as figures of the show.

In case of TWICE, this 2020 they released two albums in South Korea and a couple of new singles in Japan. On Daniel’s side, he also released two EPs on his return as a solo artist after resolving contractual disputes with his former agency.

Dispatch cites statements from a close friend of the couple. “They both had clear goals. As they focused on their album work, they no longer met frequently. “

After a few minutes, EDaily confirmed with representatives of both agencies that the breakup was official. JYP pointed out “they just finished recently.”

How did Daniel and Jihyo’s relationship come about?

Kang Daniel and Jihyo’s romance was confirmed on August 5, 2019 after the aforementioned news portal posted photos of the idols in the Hannam-dong neighborhood, Seoul. Dispatch pointed out at the time that the TWICE star and the former Wanna One ‘center’ had secretly started dating between January and February.

The two had met through mutual friends.

Shortly after the photos were published, the agencies JYP y CONNECT they released similar statements. “They are getting to know each other with interest.”

On the part of the international fans of both figures, the news was received with support; but the local fanbases reacted coldly. He was one of the few public partnerships between high-flying stars in the K-pop industry.

These were the details of the news TWICE’s Jihyo and Kang Daniel end their dating relationship for this day. We hope that we have succeeded by giving you the full details and information. To follow all our news, you can subscribe to the alerts system or to one of our different systems to provide you with all that is new.