“Pfizer” and “Biontech” are posting great news about the effectiveness of... 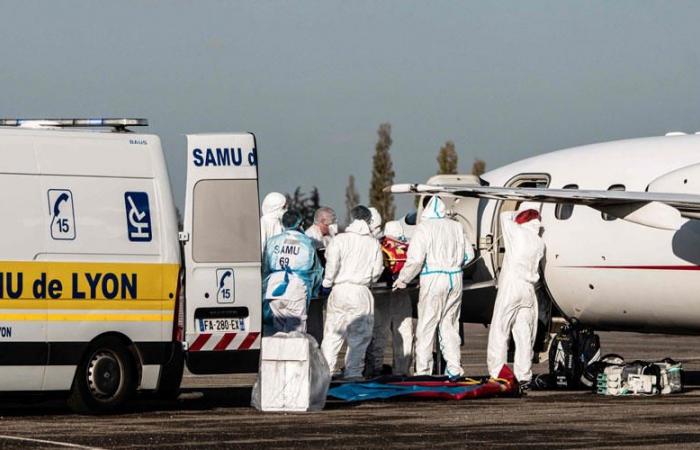 Pfizer (the United States) and Biontech (Germany) announced, on Monday, that the vaccine against “Covid-19” they are developing is “90% effective.” After preliminary analysis of the results of the third phase of clinical trials currently underway, which is the last before submitting an application for licensing, the World Health Organization confirmed that the results of the Pfizer vaccine are very positive, and the epidemiological situation may completely change by March 2021.

The announcement came at a time when infections with the emerging “Corona” virus are recording a significant increase in the world, forcing millions of people in the world to return to lockdown measures, and increasing the damage caused to the economy.

The announcement led to a big rise in European stock exchanges and oil prices. Pfizer stock also recorded a 15% gain before the opening on Wall Street.

Joe Biden, winner of the US presidential election, said: This announcement gives “hope, but the battle is long before us.” As for the outgoing US President Donald Trump, whose administration of the epidemic played a role in losing the elections last week, he considered the announcement “good news.”

British Prime Minister Boris Johnson said: Britain has 40 million doses of the Pfizer vaccine. “We will know if the vaccine is both safe and effective once the safety data is published, and only then can the licensing authorities consider making it available to the public,” the prime minister’s spokesman said.

Initial results showed that patients were protected after seven days of receiving the second dose and 28 days after receiving the first dose.

“More than eight months after the start of the worst epidemic in more than a century, we consider this stage an important step forward for the world in our battle against Covid-19,” Pfizer President and General Manager Albert Burla said in a statement. He added: “The first set of results of the third phase of our trial of the vaccine against Covid-19, gave the initial evidence of the ability of our vaccine to prevent Covid-19.” The American company “Moderna”, Chinese public laboratories, the University of Oxford and the “AstraZeneca” company are conducting experiments on vaccines, which are also in their final stages.

The third and final phase of clinical trials for the new vaccine, “BNT16B2”, began at the end of July, with the participation of 43,538 people so far, 90% of whom received the second dose on the eighth of November.

Act Pfizer has been collecting safety data for two months after the last dose, which is a requirement of the FDA. For the expedited license you expect in the third week of November.

“We look forward to sharing more efficacy and safety data from thousands of participants in the coming weeks,” Burla said.

The two companies intend to provide data for the complete third phase trials; Scientists should review it, but some have already welcomed the result, albeit with caution. “It’s an excellent result for a first-generation vaccine,” said Michael Head, a senior public health researcher at the University of Southampton in England.

Peter Horby, professor of emerging infectious diseases at the University of Oxford, said that Pfizer’s declaration constitutes a “turning point” in the pandemic, but some others expected major logistical problems in delivering the vaccine to everyone, especially that it should be preserved, and it needs two doses to support immunity.

The vaccine depends on the vector, “RNA” or “MRNA”, which is a new approach to protecting against infection with the virus. And unlike conventional vaccines, which train the body to identify and kill the proteins that produce pathogenic factors, MRNA deceives the patient’s immune system in order to push him to produce the virus proteins himself. Proteins are harmless; But it is sufficient to provide a strong immune response.

The study will evaluate the ability of this vaccine to protect against Covid-19 in patients who have previously been infected with the virus, as well as to prevent infection very strongly from Covid-19.

In the wake of the announcement by the companies “Pfizer” and “Biontech” about their vaccine, the World Health Organization said: The vaccine may completely change the epidemiological situation by March 2021, indicating that a vaccine against the virus may be distributed among the most vulnerable population until next March.

In mid-October, the World Health Organization announced that there were 42 clinical trials of vaccines, while 11 were in mid-June, and 10 of them are in the third stage in which the effectiveness of the vaccine is tested on a large scale with the participation of tens of thousands of people in several continents.

WHO Director-General Tedros Adhanom Ghebreyesus concluded that the “Covid-19” epidemic has exceeded the limits of a regular health emergency.

“We are committed to protecting people in health emergencies, but the (Covid-19) epidemic is outside the framework of the state of emergency,” said Gebresus.

He stressed the need to view the vaccine against “Covid-19” as “a global public good, not a private good.”

The Director-General of the World Health Organization pointed out that the epidemic has a negative impact on combating other diseases in the world, such as yellow fever in Gabon and Togo, chikungunya fever in Chad, as well as measles in Mexico.

The most promising vaccine … the United States and Europe first

Bloomberg revealed that the United States and European Union countries will be among the first to receive the “Pfizer” and “Biontech” vaccines. Regulators on both sides of the Atlantic are working to speed up the review of vaccine safety and efficacy. In the event that the results are proven, the two companies will have obligations to supply hundreds of millions of vaccine doses to countries that are fighting the virus, and are eager to start vaccination campaigns as soon as possible. The companies signed prior purchase agreements for 100 million doses with the United States, and 200 million doses with the European Union, with options for more, as the United States can purchase 500 million additional doses, while the European Union can obtain 100 million additional doses. “We will need to find a way to distribute this in a fair way,” said Biontech CEO, Ujur Shaheen, while Pfizer confirmed that it will submit the vaccine to the US Food and Drug Administration, to obtain an emergency permit once it obtains follow-up data for an average of two months about Safety, which will likely happen next week, while the European Medicines Agency has already started a rolling review of the experimental vaccine last month.

The partners expect to significantly increase production next year, with a capacity of 1.3 billion doses, and most of that will be exhausted if the European Union and the United States decide to purchase additional optional quotas allocated to them.

These were the details of the news “Pfizer” and “Biontech” are posting great news about the effectiveness of... for this day. We hope that we have succeeded by giving you the full details and information. To follow all our news, you can subscribe to the alerts system or to one of our different systems to provide you with all that is new.