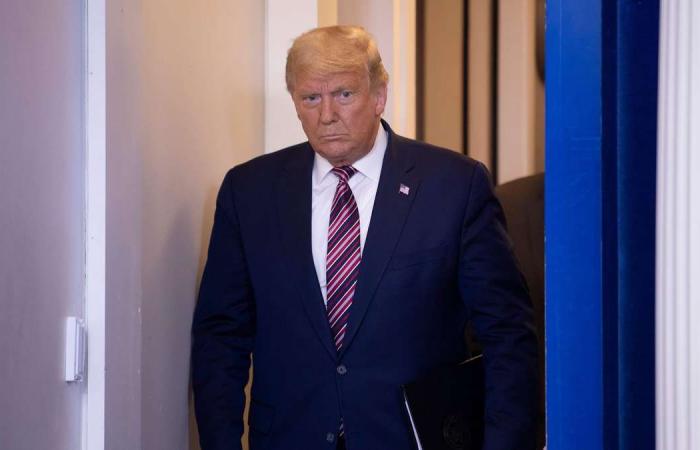 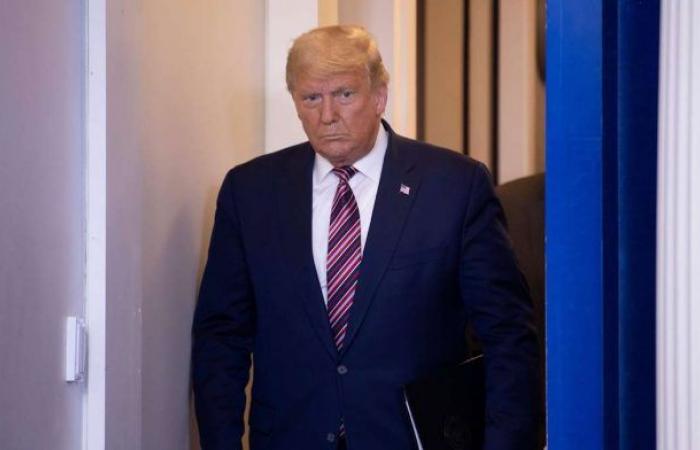 Washington DC – Already on election night Donald Trump prematurely declared his election victory. On Thursday, the incumbent US president caused another scandal: In a 17-minute speech in the White House, he again claimed, without presenting any evidence, that the election result was a “fraud” by the Democrats.

Previously, Trump had not spoken out for two days and instead on twitter raged – which climate activist Greta Thunberg also mockingly criticized. The short message service provides more and more of its tweets with warnings. The social network Facebook also proceeds in a similar way. Even before the first polling stations closed, the US President proclaims: “Winning is easy. Losing is never easy. Not for me. ”During his performance, he showed how serious he is with this statement. “If you count the legal votes, I win easily,” said Trump and spoke of “horror stories”.

But the echo was again quite clear: A short statement “filled with lies” was the appearance, writes the New York Times. Even more drastic than the Trump-critical newspaper reacted several US TV channels. The explanation, peppered with unsubstantiated claims, went too far for the channels – not only in view of the current interim results.

ABC, NBC and CBS not only interrupted the transmission, but corrected Trump or made it clear that they believed his citation to be wrong. “We need to stop now as the president makes a number of false claims,” ​​said NBC-Journalist Lester Holt. Colleague Dana Bash from CNN was also horrified: “It’s not only dangerous. It is nonsensical ”. Trump’s attempts to discredit the postal vote would have paved the way to this very moment, she judged.

But not only the broadcasters reacted irritated to Trump’s appearance. The scenes in the White House sparked numerous reactions across the country. Also on the part of the Republicans. “Counting every vote is at the heart of a democracy,” said the party Senator Mitt Romney on twitter. In the past few days, Trump’s party friends had distanced themselves from statements by the president.

Made an emotional appearance Stephen Colbert in its nationally respected “Late Show“. Close to tears, he commented on Trump’s appearance in the White House: “Donald Trump worked hard to destroy something tonight”. Colbert openly admitted in his address that he did not expect that it would hit him so hard: “We all knew he would do something like this. What I didn’t know is that it would hurt so much. I didn’t expect it to break my heart. ”

Colbert named Trump one in the multiple split sequence “Fascists” – and classified the presidential address as evidence of Trump’s electoral defeat.

Adam Kinzinger, Republican and for the state of Illinois in the House of Representatives, called Trump’s speech “insane”. He wrote on Twitter: “We want every vote to be counted.” He said that if Trump really had any indications that election manipulation was taking place, he should present evidence – and not spread misinformation.

Larry Hogan, the Republican Governor of Texas *, also found harsh words for Trump’s demeanor. He tweeted: “There is no defense for the president’s comments tonight that undermine our democratic process. America counts the votes, and we must respect the results, as we have always done. No choice or person is more important than our democracy. “

Other leading republican failed to make a statement on Trump’s harshly criticized White House appearance. Mitch McConnell, Senate Majority Leader, turned down media requests. Meanwhile, the Democrat and US presidential candidate had Joe Biden* pointed out in his speech that democracy “sometimes requires a little patience”

We will keep you up to date on the further progress of the US election in our news ticker. * Merkur.de is part of the Ippen-Digital network.

*The article has been translated based on the content of Source link by https://www.merkur.de/politik/us-wahl-2020-donald-trump-rede-biden-cnn-colbert-late-show-republikaner-news-faschist-schock-zr-90092437.html
. If there is any problem regarding the content, copyright, please leave a report below the article. We will try to process as quickly as possible to protect the rights of the author. Thank you very much!

These were the details of the news US election 2020: Trump speech shocks USA! Republicans stunned, star... for this day. We hope that we have succeeded by giving you the full details and information. To follow all our news, you can subscribe to the alerts system or to one of our different systems to provide you with all that is new.