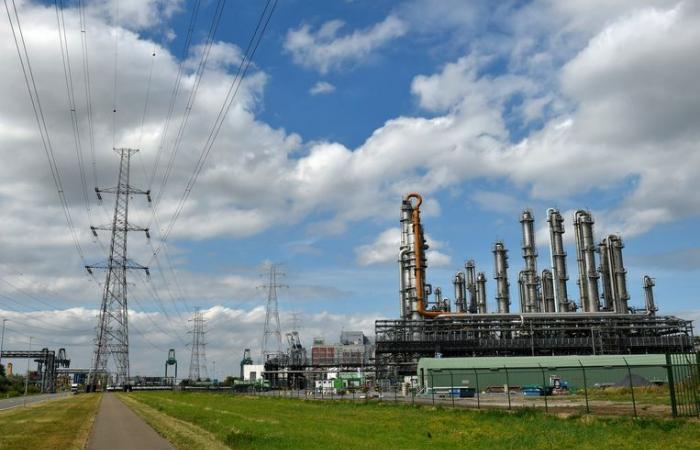 Environmental lawyers and NGOs continue to fight against the new Ineos factory in the port of Antwerp. The multi-billion project has recently received the green light from the Flemish government.

ClientEarth has filed a warrant to stop the construction of new refineries by British chemical group Ineos. The NGO is not alone: ​​thirteen other environmental organizations, including Climate Case, Greenpeace Belgium, StRaten Generaal, Bond Beter Leefmilieu (BBL) and WWF Belgium have joined the initiative.

The planned expansion of Ineos’ Antwerp plastic factory – ‘Project One’ – consists of two refineries, good for an investment of 3 billion euros. The refineries will ‘crack’ the natural gases ethane and propane to make ethylene and propylene, raw materials for plastic. The ethane comes from shale gas, a highly controversial fossil fuel.

According to ClientEarth, national and European law states that Ineos’ expansion plans “must be rigorously assessed before the project is approved” to ensure that their full environmental impact has been properly identified.

ClientEarth, an NGO that employs international lawyers for environmental issues, believes that the Flemish government has not done this. According to ClientEarth, too little attention has been paid to the emissions of the refineries: shale gas is 2.5 times more harmful than coal. The plastic pollution – pellets that end up in the environment – has also been undercharged, it says.

A legal warrant must prevent the 56 hectares of forest that have to disappear in the port of Antwerp for the construction of Project One from being cut down by Ineos.

Ineos has divided Project One’s approval into three environmental impact assessments (EIAs): one for deforestation of the area needed for the plant, and one for each refinery. According to ClientEarth, this ‘salami tactic’ will make it easier to approve the construction of the plant, as only one phase of the project is considered at a time.

“This project blatantly ignores national and EU environmental legislation by cutting up the permit,” said Maria Jolie Veder of ClientEarth. “This masks the devastating consequences that the project will have. Flemings deserve to know what the full impact of the expansion will be, not only on nature, but also on global emissions. The public is kept in the dark by both Ineos and the government. ”

“The government must ensure that permits are in accordance with national and European obligations”, says Olivier Beys of Bond Beter Leefmilieu. “It should require Ineos to provide these guarantees in a permit application for the entire project. If not, the government will consciously relinquish its responsibilities. ”

In November 2019, the British Ineos received an environmental permit from the province of Antwerp for the preparatory works for Project One. ClientEarth, among others, then appealed against this decision and the file was lifted to the Flemish level.

Flemish minister Zuhal Demir (N-VA) gave the green light last month. “Since the site is located in a port area, intended for industry, it can indeed be deforested for these extra economic activities,” she concluded. Although Demir ruled that Ineos must compensate for the forest elsewhere. Ineos committed to forestry an additional ten hectares.

Minister Demir does not want to comment any more for the time being. “We will not respond pending a decision on this file,” she says through her spokesperson Andy Pieters.

Antwerp mayor and N-VA chairman Bart De Wever is a strong supporter of Project One. “Ineos wants to invest 3 billion for a new petrochemical plant with the very best environmental technology,” he said recently. “That brings a lot of jobs and prosperity. But let that just be dirty words for so-called climate activists. ”

Ineos has long emphasized that Project One will be “one of the most innovative complexes in Europe”, which will “boost European chemistry and local prosperity”.

These were the details of the news Battle for billion-dollar Ineos project continues for this day. We hope that we have succeeded by giving you the full details and information. To follow all our news, you can subscribe to the alerts system or to one of our different systems to provide you with all that is new.