The nightmare is not over yet 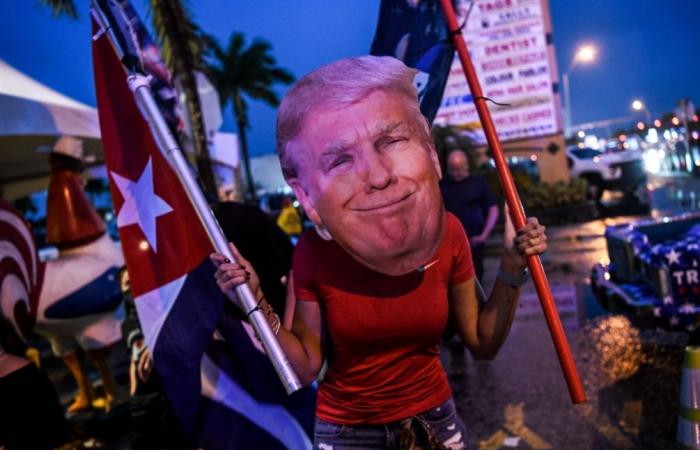 There are many challenges facing the regularity of the work of American institutions in the last days of Donald Trump’s presidency. Constitutionally, the latter will remain president with full powers until the legal term expires, and his term officially ends on January 20, 2021, the date of the inauguration of his successor, Joe Biden. A period during which Trump can take out all the executive procedures and decisions he has in order to put as many obstacles as possible before the new administration, in parallel with launching a judicial war seeking to restore the “kidnapped presidency.”Trump has not admitted defeat, and is not expected to take such a step before exhausting all options available to him to reverse the outcome, and if he knows that his court battles will not bring a miracle, he postpones his early retirement. The angry president’s adherence to the narrative of election fraud to topple him opens up a set of possibilities that would cause great harm, internally and externally, before leaving the White House. There is talk of sudden political moves on the part of the outgoing Republican president – from now until the day of the inauguration – that may begin with the dismissal of senior officials in the intelligence and national security institutions and the issuance of a decision to pardon himself, to avoid two judicial investigations that could lead to each of them being pursued: the first A criminal initiated by Manhattan Attorney General Cyrus Vance, targeting potential tax fraud, insurance fraud and account manipulation, and the second civilian initiated by New York State Attorney Letitia James, and seeks to determine whether the Trump group lied about the size of its assets to obtain loans And tax benefits. Among the anticipated damages are those related to the foreign affairs file, especially since the president’s authority to act unilaterally is no longer restricted, as was the case in the past. In this context, Trump could resort to pricing his trade wars, and to implement his promise to withdraw US forces from Iraq and Afghanistan. The US Exeus website noted that the current administration is preparing a “flood of sanctions” against Iran in the coming weeks, in coordination with Israel and the Gulf states. To this end, Trump will send his special envoy on Iran, Elliot Abrams, to Tel Aviv, Abu Dhabi and Riyadh to coordinate the imposition of sanctions before the date of the handover of power in the first month of next year, according to the website.

protocol
Tradition is for the losing candidate to call the winning candidate to congratulate him. But that is unlikely given Trump’s refusal to admit defeat. He doesn’t have to pretend that things are okay, interact with Biden, or even attend his inauguration. However, there are other legal obligations imposed on the outgoing president, whether he likes it or not. In this case, he should begin by authorizing his administration to make all logistical preparations for the President-elect’s personnel solutions. The Presidential Transition Law, passed for the first time in 1964 and amended numerous times since then, gives government employees great authority over the process of transferring data and expertise to new officials, an arrangement designed to reduce the risk of politicization. As long as the results of the US elections proceeded through their stages and in their approved legal frameworks, the mechanism for the transition of government from a republican era to the last Democratic will continue regardless of Trump’s position.

The last word to crack?
Within minutes of the US media announcing that Joe Biden had won the intense race, Trump hinted at the court. So “the simple truth is that the elections are still far from their end,” according to what he considered in a statement, pointing out that “the legal votes determine the president, not the media.” Experts point out that it will be difficult for Trump to change the outcome, unless he provides evidence of fraud in the vote count that has reversed the results in several states. For Irvine, an expert in election law at the University of California, Richard Hasen, “Trump’s litigation strategy will not lead to any results. It will not make a difference to the election result. ” However, the current president seems determined to send his team to the courts today “to ensure that the election laws are fully preserved and that the real winner assumes office,” indicating that he expects to recount the votes in the states, where Biden is leading with only a few thousand votes. He spoke in particular of Pennsylvania, where Republicans point to fraud and say thousands of late-mail ballots have been billed illegally. According to Rudy Giuliani, Trump’s attorney, “(media) networks have no right to decide the election result. The courts are doing this. Courts set aside elections when they are illegal. ” Trump is right. The elections do not actually end until each state officially confirms the number of votes in it, which will happen in the coming weeks. But with all the more than 150 million votes counted, the outgoing president did not get enough votes from the electorate, according to the consensus of the American media. In this case, he will not have to exceed a difference of about 40 thousand votes in Pennsylvania alone, as he is also retreating by thousands of votes in Nevada, Georgia, Arizona and Wisconsin. It is unlikely that the Supreme Court will move to annul the results of elections with this difference in several states, there is a great possibility that the votes will be recounted in both Wisconsin and Georgia, amid estimates that the result will remain the same.
Despite his failure to win a second term, Trump was not defeated at the polls, as polls predicted. In a record-breaking election that saw broad participation and record breaking, Trump received 70 million votes (Biden’s 74 million), so he could be inclined to stay in the center of the action after adding 7.3 million votes to his tally compared to 2016. In theory, nothing can. To prevent him from trying his luck again for the next four years. And if the US Constitution prohibits holding the presidency for more than two consecutive terms, it allows in this case the loser to run for a second term. One man had already made this bet, Grover Cleveland, at the end of the nineteenth century. He was elected in 1884, defeated in 1888, and then elected again in 1892. The current US special envoy to Northern Ireland, Mick Mulvaney, spoke candidly a few days ago about the idea. “I expect the president to remain involved in politics, and I think he will be one of the people who will be most likely to be a candidate in 2024,” he said. Some Republicans have warned that Trump could distort his legacy and undermine his political influence in the future, if he does not emerge honorably. And according to a Republican source in Congress, who spoke to “Reuters”, “It will be impossible for him to run again in 2024 if he is considered a loser who lacks sportsmanship.”

These were the details of the news The nightmare is not over yet for this day. We hope that we have succeeded by giving you the full details and information. To follow all our news, you can subscribe to the alerts system or to one of our different systems to provide you with all that is new.