Britain will fall short in the race to replace the EU... 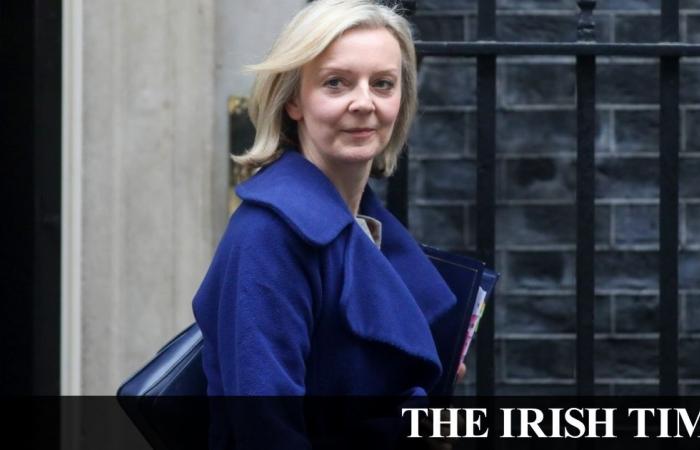 The UK risks losing the benefits of EU trade deals with more than a dozen countries on January 1 as time runs out to replace the deals Brussels made with governments around the world.

The UK’s Department of International Trade said engagement with 15 countries the EU does business with is ongoing. Only a few weeks until the transition period after Brexit in Great Britain expires at the end of the year.

International Trade Secretary Liz Truss is hoping an agreement can be signed with Canada before the UK drops out of EU trade deals on December 31, and UK officials believe there is also an outside chance of reaching a deal with Singapore on the Line to get.

These agreements would conclude agreements the country has made with key trading partners such as Japan and Switzerland.

Negotiations are also still open with other economies such as Mexico, Vietnam and Egypt – three countries whose combined trade relations with Great Britain in 2019 were worth almost GBP 12 billion (EUR 13.2 million) for goods alone. If no business is done with them by January 1st, trading terms would revert to the basic World Trade Organization terms, with higher tariffs on UK imports and exports.

The EU has concluded 44 preferential trade agreements with individual states or regional trading blocs, covering a total of 77 countries. Others are in preparation: Brussels is negotiating with Australia and New Zealand and has signed a treaty with the South American Mercosur bloc that is awaiting ratification.

They are part of the 750 agreements that the EU has negotiated with other governments around the world. They cover everything from trading to fishing battles to collaborating on handling hazardous nuclear material. The UK will automatically lose the rights and benefits of these deals if its post-Brexit transition period ends on January 1st.

Ms. Truss argues that the UK has been very successful in extending the EU trade agreements and effectively copying their terms so that they apply to the UK after Brexit. The government says it has signed or agreed to trade agreements with 52 countries, with these trade relations being worth a total of £ 146 billion a year in 2019.

Countries already covered by the new agreements include South Korea, Israel, Iceland, Norway, Morocco, Switzerland and South Africa. Ms. Truss also signed a replacement version of the EU’s trade agreement with Japan last month, and the government announced on November 3 that an agreement had been reached with Kenya.

Of the 15 countries where the UK is still trying to extend or replace UK business, Canada is the largest, with more than £ 18 billion bilateral trade in goods with the UK in 2019. Justin Trudeau, Canada’s Prime Minister, said this on Oct. 29. He was “very optimistic” that a rollover deal would be completed on time.

In some cases, however, the talks were hampered by the uncertainty surrounding the future UK-EU relationship negotiations.

Britain and Switzerland, for example, have signed a number of new agreements that cover everything from trade to road transport to citizens’ rights. However, Bern has warned that if the UK and the EU fail to agree to harmonize certain rules, it “may be impossible to completely close the legal loopholes in some areas”. Possible problem areas are the coordination of social security arrangements for cross-border commuters and customs procedures.

Talks with Turkey are also made more difficult by the fact that the country is in a customs union with the EU.

The UK has also signed replacement agreements in other areas, such as the signing and ratification of new bilateral agreements on nuclear handling with Canada, Australia and the US.

The UK has signed the replacement agreements needed to ensure the continuity of civilian nuclear trade after the end of the transition period, “said a UK government official.

The UK’s progress in renewing deals was helped by the fact that the UK’s original exit date from the EU was postponed from March 2019 to January 2020 and the transition period ran until the end of this year.

David Henig, a leading expert on post-Brexit trade, said: “You made good use of the additional 18 months. It’s a decent record, but not fantastic. “

Ms. Truss recently said in a speech at Chatham House: “The government is committed to having free trade agreements with countries covering 80 percent of UK trade by 2022.”

This would require the UK to sign a trade deal with the EU by the end of the year, but Ms. Truss is also trying to reach deals with Australia and New Zealand.

Talks with the US on a trade deal were suspended until the result of the presidential election. – Copyright The Financial Times Limited 2020

Get the latest business news and commentsLOGIN HERE

These were the details of the news Britain will fall short in the race to replace the EU... for this day. We hope that we have succeeded by giving you the full details and information. To follow all our news, you can subscribe to the alerts system or to one of our different systems to provide you with all that is new.

PREV Japan considering state of emergency for Tokyo, other areas beyond May 11
NEXT India's lauds Gulf assistance in fighting COVID-19