When Switzerland stuffed itself with a white and sweet powder 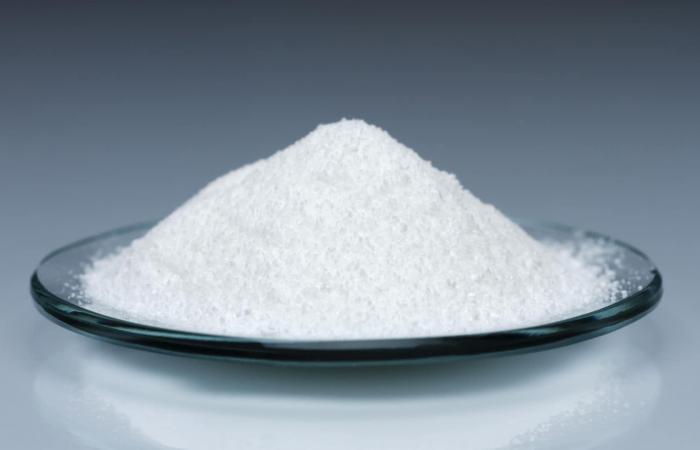 They covered themselves with packets of white powder and conveyed them beyond national borders. At the beginning of the 20e century, Switzerland served as a hub for the trade of an illegal substance. The heroine? Completely legal at the time! A sweetener, rather: saccharin.

This scene from 1913 appears in a novel. So far above suspicion, a man frustrated by his failures in business has joined a back room in the working-class district of Zurich. He is instructed there how to pass the border with fifteen kilograms of white powder concealed all over his body.

Subsequently, he will reach Prague by train, without worrying about customs officials. The powder trade is lucrative and our tragic hero will gradually turn into a liar, a criminal, plunging “into the bottomless abyss of depravity, betrayal, cruelty and animal brutality.” The substance has made it its thing, writes the narrator. He responded to the “demon’s call”: “Come on, come on, I’ll make you wallow in money!” You will be rich! ” Our smuggler is lost: “His soul was consumed, he had slipped into his soul, the saccharine demon”.

This demon is not the heroine, invented in 1898 and long marketed legally as a cough syrup. It is not cocaine, widely consumed at that time. The evil responds to the name of saccharin, the synthetic sweetener. What makes Eduard Ehrensperger-Gerig not joking. With his novel of manners “Der Saccharinschmuggler”, this quasi-unknown seeks in 1913 to shake the Swiss authorities.

At the beginning of the 20e century, tons of saccharin cross the border illegally. This contraband traffic sustains entire villages. In Kappl, Austria, not far from Samnaun, you can still see a group of dwellings whose name evokes the substance that financed it: the saccharin colony. In rural areas, smugglers are often seen as heroes, rebels against absurd customs regimes. They ensure not only money, but also adventure-flavored glory.

But the urban areas of Switzerland are also involved in smuggling. In 1912, a deputy from Zurich complained that a thousand people made a living from the saccharin traffic in Zurich. Opposite, the police have their hands tied. There is no prohibition in Switzerland with regard to the substance.

The smugglers hide it under their clothes, sew it into their underwear, hide it in the toilet cisterns of the railroads, use double-bottom cars. Others opt for morally daring camouflages. As in this episode, taken up by the gazettes of the whole of Europe, which saw for weeks during an influx of hundreds of kilos of saccharin replace the corpses of a few Swiss transported to their last home in Constance, on the other side of the Rhine. Still others choose to mix the sweetener with the wax of candles then consecrated to the monastery of Einsiedeln and then sent to Vienna where other Catholics extract it.

Most of the time, the mules employed by those who trade in saccharin are people of low social standing, often women, sometimes children. The newspapers often report foiled smuggling attempts. The most vulnerable in the face of recruitment are housekeepers, sales assistants and seamstresses.

He then said to himself that the smuggling of saccharin was for these women a first finger in the cycle of crime. The Zurich daily Tages-Anzeiger writes that the latter lose both “the sense of regular work” and “all moral support”. The rest for them is the “tumble from one level to another”. For the year 1912 alone, no less than 931 smugglers will be apprehended at the Swiss borders.

The saccharin comes from where the Swiss smuggle it back: Germany. Constantin Fahlberg discovered it there by chance in 1878. Following experiments with tar, the chemist observed a sweet taste on his hands. To his surprise, he just identified a synthetic sweetener. He began manufacturing it in his own factory in 1887. But the European sugar lobby cringe when faced with substitutes for its production. In Germany in particular, beet sugar – a recent innovation in breeding – already benefited in the middle of the 19e century of a fiery parade against overseas cane sugar by means of customs duties.

The threat to local production now comes not only from the colonies, but also from the laboratory. Initially, the German beet sugar lobby relied on public relations. He had posters claiming “Sugar gives you strength” and touts its benefits in school curricula. Objective: to assimilate sugar to an important food from a nutritional point of view. And disqualify saccharin – a sticky “suck tar”. But the result is limited and the consumption figures of saccharin are increasing in Europe. At the turn of the century, under pressure from the sugar lobby, several states passed laws that downgraded saccharin to a prescription dietetic product. In 1902, in almost all the countries of the continent, it was no longer available except in pharmacies and on prescription.

Complex to produce, saccharin is much more expensive to manufacture than sugar. But, all in all, it is cheaper since 550 times sweeter than the latter. Which makes it an interesting substitute for the less fortunate, accustomed to swallowing chicory instead of coffee beans and margarine rather than butter. Result: we do not give up adding saccharin to its coffee substitute – enough to fuel a black market.

Titillated, the police are modernizing. It sets up departments responsible for flushing out and breaking down the white powder trade as it does today for drugs of the cocaine and heroin type. In Germany there is a “Central Office for the Prosecution of Trafficking in Artificial Sweeteners”. However, the authorities are relatively powerless – their action leads to an increasing professionalization of the smuggling structures and the saccharin in circulation is often mixed with plaster or soda. Sociologist Roland Girtler sees this saccharin trade as the “precursor to drug trafficking”.

Switzerland is becoming a cradle of saccharin since the substance is neither illegal nor heavily taxed – only Holland is so lax in this regard. The Swiss situation can also be explained by the very low taxation enjoyed by sugar – not necessarily out of liberal conviction, but to avoid excessive costs to the local chocolate industry. The difference between the prices of sugar and saccharin is reduced there, and Swiss sugar beet thus avoids strong competition from the synthetic product.

In Switzerland, we are therefore taking advantage of its ban on the continent. Sandoz’s annual report for 1902 states that the saccharin ban opens “(extremely) favorable prospects” for the Basel industry – indeed, the importance of saccharin will increase massively in the following years for chemical manufacturers. . Long killed in official statistics, it was the subject of a section of its own from 1906 following a change in the law. It appears that year that it weighs 34% of the volume of exports and turns out to be the most important product of the branch. First explanation: foreign competition has fizzled out and countries like the United States and Japan are acquiring increasing quantities. But about half of the production is absorbed by intermediaries who sell it through smuggling.

End of a short golden age

European resistance to Switzerland’s special position is launched by an organization based in Geneva. The White Cross, whose members fight against syphilis, alcoholism and drug addiction, is committed against artificial sweetener. In 1909 and 1911, she led two international conferences devoted to how to control contraband. Switzerland is assimilated there to a nest of smugglers and a factory producing illegal substances. Bern reacted with concessions and the chemical industry stopped its deliveries to smuggled intermediaries – often however only years after their conviction.

With World War I, substitutes of all kinds were again in demand. This is the end of the golden age of saccharin smuggling. In the satirical newspaper “Nebelspalter”, a smuggler complains that with the war, it is barely if you take a look at the border … Business picks up for a while after World War II. Saccharin could still be smuggled into Italy until the sixties, synonymous with the end of this trade. Sugar for its part continues to feel the wind of the ball after the two world wars. It is no longer the palace of the poor relieved by an ersatz that poses a problem. But the stomachs of the rich: a real calorie bomb, sugar is once again threatened with taxation.

Eduard Redelsperger-Gerig: The saccharin smuggler: a moral novel from the present. Gossau-St. Gallen 1913.

These were the details of the news When Switzerland stuffed itself with a white and sweet powder for this day. We hope that we have succeeded by giving you the full details and information. To follow all our news, you can subscribe to the alerts system or to one of our different systems to provide you with all that is new.