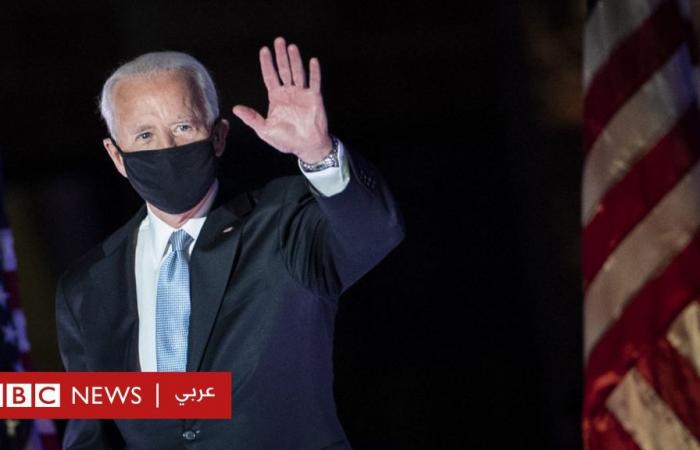 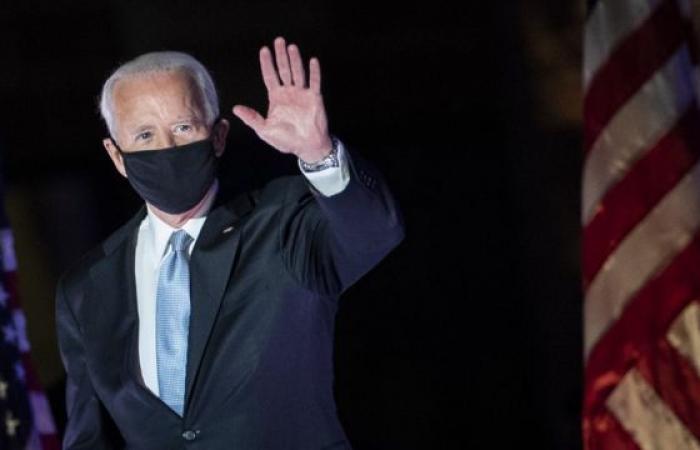 Social media has been on fire in the Arab and Western worlds since the first moments of the American media announcing the victory of Joe Biden in the American presidential elections.

And by winning in Pennsylvania, Joe Biden achieved Sounds needed To become the next President of the United States of America, pending any legal challenges by the team of former President Donald Trump.

Social media users in the United States and the world have launched the hashtag #PresidentElectJoe, # Election2020, # ByeByeTrump, # Election2020results, # bidenharis2020, and other hashtags that topped the list of the most popular hashtags around the world with millions of tweets.

“This country is going to start to see some real changes for the better,” said Ray Warren.

On the other hand, Trump supporters rejected what was reported in the media.

Man Bauer said: “The battle is not over yet, Donald Trump will return better than ever, and we will wait for wisdom in his favor.”

With the announcement of Joe Biden’s victory, the president-elect tweeted on his official Twitter account, saying: “I am honored that you have chosen me to lead our great country.”

He added: “The work ahead will be difficult, but I promise to be the president of all Americans.”

Trump said in a tweet posted on his official Twitter account: “Observers were not allowed to enter the vote counting rooms, I won the elections, I got 71 million legal votes.”

He added, “Bad things happened that our observers were not allowed to see. It never happened before. Millions of postcards were sent to people who never asked them.”

In a statement congratulating Biden and Harris, Obama said: “We are fortunate that Joe has what it takes to be president, because when he enters the White House in January /Next January, he will face a series of extraordinary challenges that no new president has ever faced, a raging pandemic, an unequal economic and judicial system, a democracy at risk, and a climate at risk.

French President Emmanuel Macron congratulated the Democratic candidate, Joe Biden, on winning the American presidency, saying that they would have many Challenges.

The French President posted a tweet on his official Twitter account, in which he confirmed that “the Americans have chosen their president. Congratulations to Joe Biden and his deputy, Kamala Harris, we have a lot of work to do to overcome today’s challenges, so let’s work together.”

The account of the Supreme Leader of the Islamic Republic of Iran, Ali Khamenei, tweeted: “The situation in the United States and what the Americans describe their elections are just theatrical! This is an example of the ugly face of liberal democracy in the United States.”

Khamenei noted that, “Regardless of the outcome, one thing is absolutely clear, and that is the sure political, civil, and moral decline of the American system.”

The Emir of the State of Qatar, Tamim bin Hamad Al Thani, congratulated Democratic candidate Joe Biden on winning the US presidential elections.

He continued, “My best wishes to the people of the United States and I look forward to working together to continue strengthening the friendship between our two countries.”

Bin Rashid said through his Twitter account: “Congratulations to the 46th President-Elect of the United States of America, Joe Biden and his Vice President Camilla Harris, on their victory in the US presidential elections.”

He added, “Our relations for five decades have been solid and strategic with the United States … We wish this relationship more progress and solidarity with the new elected president.”

On the Palestinian level, Hanan Ashrawi, a member of the Executive Committee of the Palestine Liberation Organization, wrote on her Twitter account that Washington needs treatment from “Trumpism” to restore its moral balance, after it got rid of Donald Trump, the outgoing president.

“The world also needs to catch its breath … Trumpism must be carefully examined and addressed, to restore the human, moral and legal balance inside and outside the United States,” she added.

The pioneers of social networking sites in the Arab world released a number of hashtags that topped the list of the most common hashtags in a number of Arab countries, including # Biden, # American_electric, # Biden_America, and # Biden_What, and these hashtags collected more than 100 thousand tweets.

The Arab street was divided between supporters of Biden and those who questioned the election results.

Sanhan Al-Masaadi said: “Trump since he took office in the United States and the world is more turbulent and brutal. We do not know Biden’s good from his evil, but the truth is that the world has cured Trump problems, chaos, anxiety and even nerve damage. We give Biden his chances and wait.”

On the other hand, Trump supporters expressed their rejection of the election result.

Elissa said: “Donald Trump did not lose, but rather Biden won by the vote of the dead, in any case, the matter is in the hands of the judiciary, and as the saying goes, today is wine and tomorrow is something.”

And a number of the tweeters considered that the primary beneficiary of Biden’s victory is the Islamic Republic of Iran.

Muhammad said: “The Arab Arab rivalries before and after the American elections are disgusting. The only constant in these elections is the lifeline that Iran will receive. Biden will not be able to break the Arab alliance allied with Israel, but he will exploit human rights issues in it for more control and gains .

On the other hand, others considered that the foreign policy of the United States of America would not change.

Jabr Al-Khawlani said: “Whoever says that Biden will be against Saudi Arabia and with Iran is the same person who said about Trump in November 2016 that He will be hostile to Saudi Arabia and be with Iran, advice. Western countries have policies that cannot be understood by the current Arab mentality. There are circumstances to be made Policies, not policies that create conditions. The international circumstance must be understood first. ”

On the issues of the Middle East, Badr Al-Salhi said: “Trump will leave with his good and his bad, and we are waiting for Biden, how he will deal with Middle East issues. We hope that Biden will be a sincere partner with Arab governments. We know in advance that America’s policy will not change much towards the first Arab and Islamic issue. Palestine, which suffers a lot from Americas biased policy towards occupied Israel. “

Regarding Biden and Netanyahu’s relationship, and Trump’s recent decisions, Charbel Barakat said: “The ideological honeymoon between Trump and Netanyahu has ended, but this does not mean that Biden will cancel Trump’s decisions on Jerusalem and the Golan Heights, but rather he will resort to restoring the severed ties with the Palestinians. What Israel now means is How does Biden see the path of normalization, how open is he to Iran, and to a lesser extent, what he wants in Syria. “

The US Vice President-elect was not absent from the tweets of Arab users.

Isaac said: “Kamala Harris, the first woman and the first black woman to hold the position of Vice President of the United States, in the primary elections for the Democratic Party attacked and embarrassed fiercely and embarrassed him in the debate, Biden in a smart move chose Harris for the position of Vice President to use her intelligence and strength of character to support his chances in the elections and to support him in The presidency. “

These were the details of the news US Election Results: Arab and Western Reactions After Joe Biden’s Win for this day. We hope that we have succeeded by giving you the full details and information. To follow all our news, you can subscribe to the alerts system or to one of our different systems to provide you with all that is new.