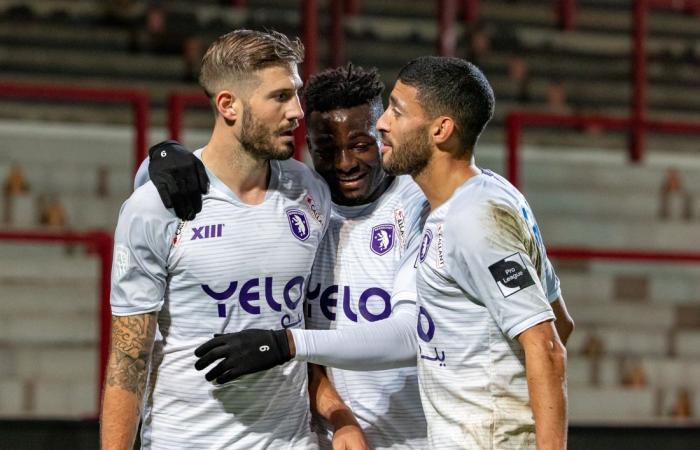 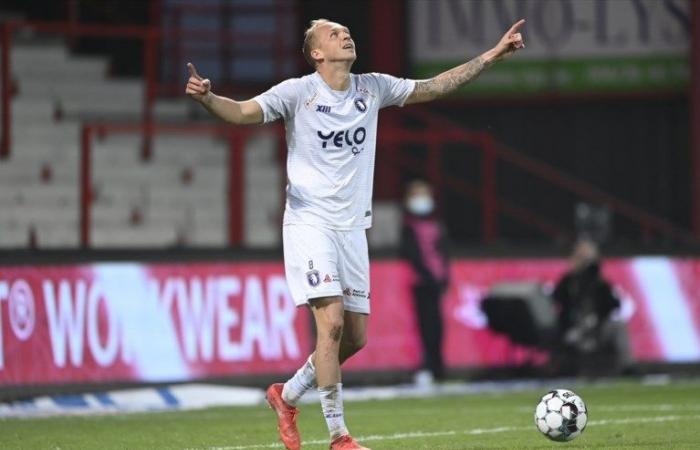 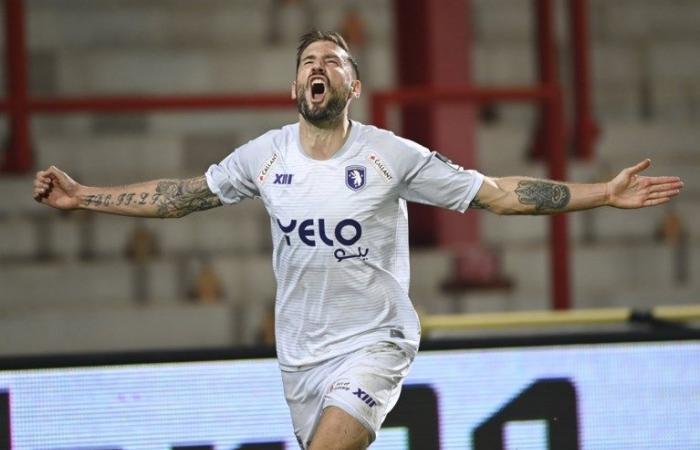 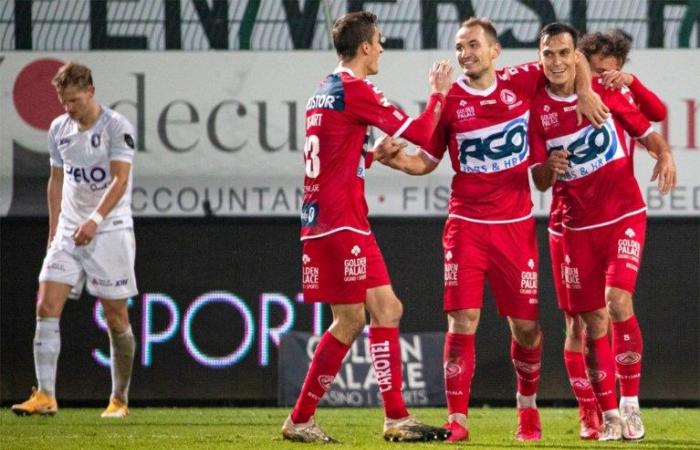 Kortrijk and Beerschot have turned their confrontation into a true spectacle that ended in 5-5 in the last minute by childlike defense of Beerschot. We were shown no less than ten goals (!), Good for an average of one goal every nine minutes. Things went from side to side very quickly. With two teams going full for victory, this was an advertisement for Belgian football.

That it would be an amusing match was already apparent after 48 seconds. Selemani brought forward, Van den Bergh worked slackly and gave the Comorese a second chance. His cross shot ended up at Jonckheere, who immediately scored the opening goal from half a meter.

Six minutes later it was already price. Dewaele with a fine cross, Gueye headed down to the feet of a detached Selemani. He definitely hit the double lead against the nets. Beerschot had not yet started the match well or it was already facing a double deficit.

The away team was obviously upset and barely succeeded in putting a combination on the mat in the opening phase. At the end of the first half, Beerschot got a free kick. Holzhauser found substitute Bourdin, who headed in goal. The goal of hope.

So they rest with 2-1, but Kortrijk could not count itself rich because immediately in the second half Beerschot equalized from the spot. Derijck first week too much, after which he faltered and committed the penalty foul on Tissoudali. Holzhauser coolly converted the eleven meters.

The Austrian proved his worth once again, as in the following minute he shot from far and from a sharp angle. His shot hit the post, Tissoudali was well followed and extended the rebound in goal. 2-3 for Beerschot, who had the same dream start as Kortrijk in the first half.

Even before the hour, however, it was already level. Bourdin went too wild on Gueye and now the ball went on the dot. Mboyo drew his seventh goal from eleven meters this season. Even before the hour we could actually score five goals.

Beerschot put pressure to quickly take the lead again, Sanusi lashed out, but Jakubech was able to process a corner kick. A minute later the goal fell on the other side. Mboyo crossed and Gueye headed his first of the season against the nets. The VAR worked overtime, much to Jonckheere’s frustration. “Every goal is checked here by the VAR”, it said. However, video ref Dierick saw nothing wrong and so the home team suddenly took the lead again.

And it wasn’t over yet. Holzhauser – again he – took out from a free kick. Jakubech could still tap the leather against the bar, but the rebound was for Bourdin, who decided in goal. Again the equalizer, good for the eighth goal. 4-4, we almost lost count.

Both teams kept going for the win. If you didn’t watch the match for a moment, you were in danger of missing a goal. It went that fast. Beerschot finally seemed to pull the sheet back to him. Halaïmia with the cross, Frans with the winning goal. Or so it seemed.

Because in the 95th minute Kortrijk got a free kick, after which Beerschot gave a masterclass ‘How childlike defending’. The players mutually agreed to sprint forward in an attempt to sideline the entire home team. Only Halaïmia hadn’t heard that. The Algerian lingered, giving Sainsbury a free shooting opportunity. The experienced Aussie did not miss and resolutely put the 5-5 on the board. A crazy ending to a match that more than deserved the word Spectacle.

These were the details of the news KV Kortrijk and Beerschot share the points after spectacle match with... for this day. We hope that we have succeeded by giving you the full details and information. To follow all our news, you can subscribe to the alerts system or to one of our different systems to provide you with all that is new.