What can change with the state of emergency 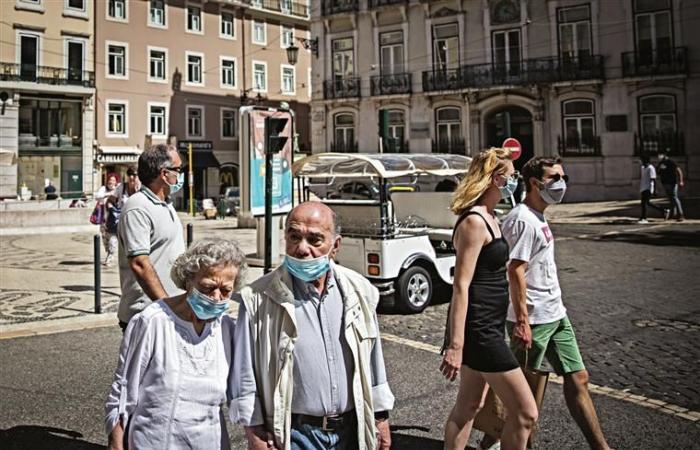 The state of emergency due to covid-19 was approved this Friday in Parliament, after having received the green light from the Prime Minister, António Costa, and with this, Portugal leaves the state of calamity and the restrictive measures are back tightening up. It is now the Government’s responsibility to define which concrete rules will be implemented. To this end, an extraordinary meeting of the Council of Ministers is taking place this Saturday to endorse the measures provided for in the draft presidential decree, sent to the Assembly of the Republic. This is what is known about the state of emergency and what can be predicted.

When does it come into force?

The state of emergency begins on 9 November at 00:00, lasting 15 days, renewable for another 15, ending on 23 November. António Costa already admitted, however, in an interview with Antena 1, that “at the limit, the state of emergency lasts until the end of the pandemic”, which “does not mean that the measures are always applied”. This is the fourth time that the President of the Republic, Marcelo Rebelo de Sousa, decrees the state of emergency in Portugal, after an approval and two renewals – on March 19, April 2 and April 17.

Is this state of emergency the same as all others that have already been enacted?

No. In this case, according to the President of the Republic, it is more limited, with the aim of achieving “largely preventive effects”. Contrary to what happened in the three previous states of emergency, the suspension of some rights does not happen, namely with regard to the rights to strike and to resist, as well as the exercise of the rights of international movement, assembly and demonstration, and still of freedom of worship in its collective dimension. The right to the protection of personal data, in turn, will also not be suspended. In addition, this diploma does not provide for the possibility of confinement as demanding as that which was previously declared. Although the state of emergency is enacted across the country, restrictions will be stronger for the most affected counties.

Yes. The presidential decree gives the Government that possibility. There is a ban on driving on public roads at night, in certain periods of the day and during certain days of the week in the most affected municipalities. In the northern part of the country, some mayors have already asked the government to impose a curfew at night to curb the covid-19 outbreaks in the region. But taking into account that the population can continue to work, another solution could be the implementation of the curfew at the weekend.

Can travel between municipalities be prohibited?

Yes. But it depends on what you do. The decree determines justified travel between municipalities in the case of going to work, going to school or having to go to the doctor, as well as in the case of assistance to third parties or the production and supply of goods and services. To do this, if you are intercepted by the police authorities, you will need to submit a statement to justify your trip.

Can diagnostic testing be imposed?

Yes. One of the novelties in relation to the previous states of emergency is the imposition of tests on the covid-19, namely for the purposes of access and permanence in the workplace or as a condition of access to public services or institutions. It may also be imposed to access, for example, commercial, cultural or sports spaces, educational, prison and health establishments, as well as to use means of transport. This is only possible because, for the first time, the exercise of the right “to the free development of the personality and the negative side of the right” is partially suspended. However, it is up to the Government to present the specific places where this measure is implemented. For entering a home, for example, testing may make more sense than entering the workplace.

Can body temperature be measured when entering establishments?

Yes. Some schools and even restaurants already did this, but no rules were imposed in this regard. However, with the implementation of the state of emergency, “it is mandatory to carry out body temperature controls, by non-invasive means”. This temperature measurement will be imposed in the same places where the diagnostic tests will be carried out. In a press conference last Monday, the Director-General of Health, Graça Freitas, remember, spoke about the effectiveness of measuring the temperature at the entrance of buildings, stressing that it is only “one more measure”. “Just using the temperature measurement does not mean that that person is not infected”, he shot.

Can the private service be called upon to treat covid patients?

Yes. According to the President of the Republic, they will be able to “be used by the competent public authorities, preferably by agreement, the resources, means and establishments of integrated health care provision in the private, social and cooperative sectors, through fair compensation”. Due to the lack of available beds, the Penafiel Hospital, remember, has already been forced to refer dozens of patients to the private sector, namely to the Hospital Fernando Pessoa, in Gondomar.

Can civil servants be called to work in response to covid-19?

These were the details of the news What can change with the state of emergency for this day. We hope that we have succeeded by giving you the full details and information. To follow all our news, you can subscribe to the alerts system or to one of our different systems to provide you with all that is new.