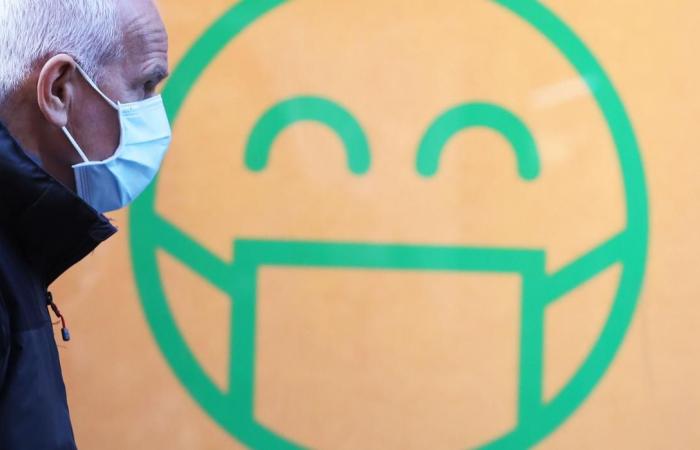 An Irish medical technology company working in partnership with the Defense Forces has developed a spray for washable masks that offers almost complete protection against the Covid-19 virus.

In combination with a wipe that has already been developed and is already on the market, the spray becomes an important weapon in the fight against the virus.

An independent evaluation of the decontamination efficiency of the product by the French military laboratory NeoVirTech found that under experimental conditions it resulted in a huge reduction in the viral load on human skin.

Developed by Aquila Bioscience of NUI Galway, the tests showed that its breakthrough pathogen detection technology safely removed 99.99 percent of the virus that causes Covid-19 from human skin.

A project to develop an anti-bio-agent device was conceived by former Defense Forces Commanding Officer Lieut Col Ray Lane, in collaboration with his military colleagues in Kabul, Afghanistan.

The now retired Col Lane was recognized worldwide as an expert in the disposal of ordnance and bombs. After returning from his business trip to Kabul as part of a small Irish contingent, he continued to work on his idea of ​​protection against an organic threat.

The dangers of bio-attacks were part of three courses on the subject of “Looting Terrorists” which he organized in Curragh and which were attended by representatives from 48 nations. They continued to focus on the project before collaborating with Aquila on the anti-covid wipe and now the spray.

According to Aquila, this is the first time that a natural and non-toxic technology free from harmful chemicals has been shown to remove Covid-19 from human skin with such efficiency.

It is said that the technology is saturated, sterilized and individually wrapped on a large cloth. The anti-bioagent decontamination device (ABP) is alcohol and toxic chemical free and can be used safely and frequently in sensitive areas of the human body, including the eyes, nose, and mouth, as well as in sensitive devices such as computer screens.

It was originally designed to protect first responders and defense personnel from possible biological attack by agents such as anthrax, plague and ricin.

Aquila Bioscience has now redirected the technology to make it available to government and business organizations as a decontamination solution in the fight against the spread of Covid-19.

The ABP device is approved by the Department of Education for use as Emergency Personal Protection Equipment (PPE) in 4,000 primary and post-primary education institutions in Ireland and is used by the armed forces.

Aquila Founder and Professor of Glycoscience at NUI Galway, Lokesh Joshi, said, “This innovative and breakthrough technology is changing the future of pathogens and infections

control and pave the way for safer decontamination methods that do no harm to humans or nature. ”

Col Lane said that he and his colleagues from the Ordnance School worked closely with Prof. Joshi and his staff in 2014 to prove their mutual skills in the future.

“With the active support of the European Defense Agency, we investigated the threat posed by biological agents and designed scenarios for Prof. Joshi. This ability will save many lives, ”he added.

These were the details of the news The Irish company is developing groundbreaking Covid spray that offers near-complete... for this day. We hope that we have succeeded by giving you the full details and information. To follow all our news, you can subscribe to the alerts system or to one of our different systems to provide you with all that is new.