There was a ninth planet in our solar system – but... 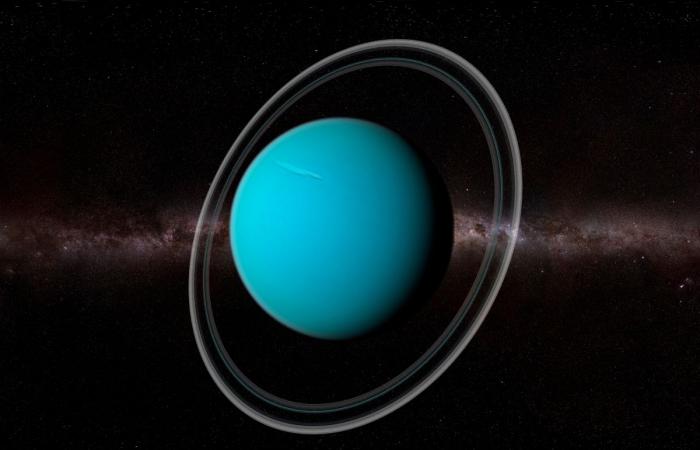 According to new research, our solar system used to have an additional planet that “escaped”.

Scientists at the Carnegie Institution for Science claim there is a third “ice giant” between Uranus and Saturn.

New evidence suggests that this planet was “flung out” of our solar system in the early days of its formation.

A widely accepted theory is that the sun used to be surrounded by gas and dust that collided to form planets.

We currently have eight planets in our solar system.

There were once nine planets, but Pluto lost its planetary status in 2006.

The researchers created 6,000 computer simulations to find out what the planets of the solar system looked like when they were formed and what position they were in.

Carnegie postdoc Matt Clement said, “We now know that there are thousands of planetary systems in our Milky Way alone.

“However, it turns out that the arrangement of the planets in our own solar system is highly unusual. We therefore use models to reverse engineer and replicate the creation processes.

“It’s a bit like trying to find out what happened in the aftermath of a car accident – how fast the cars were going, in which directions, and so on.”

The simulations showed that it was likely an “ejected ice giant,” similar to Uranus and Neptune, that was thrown out of our planetary system and into space during its formation.

Clement said, “This suggests that while our solar system is a bit strange, it has not always been the case.

“Having established the effectiveness of this model, we can also use it to study the formation of terrestrial planets, including our own, and possibly inform our ability to look for similar systems that might.” to house life. ”

This study was published in the journal Icarus.

A whole new world: what is Planet X?

Here’s what you need to know …

Uranus was mysteriously brought to its knees by “catastrophic collision with Super Earth”.

In other space news, a giant asteroid following the orbit of Mars could be the “long-lost twin” of our moon.

It’s a good week to learn about all of the planets in our solar system as an impressive six will be visible in the night sky.

And a giant asteroid nicknamed “God of Chaos” gains speed as it moves towards Earth.

What do you think of the “Extra Planet” theory? Let us know in the comments …

These were the details of the news There was a ninth planet in our solar system – but... for this day. We hope that we have succeeded by giving you the full details and information. To follow all our news, you can subscribe to the alerts system or to one of our different systems to provide you with all that is new.