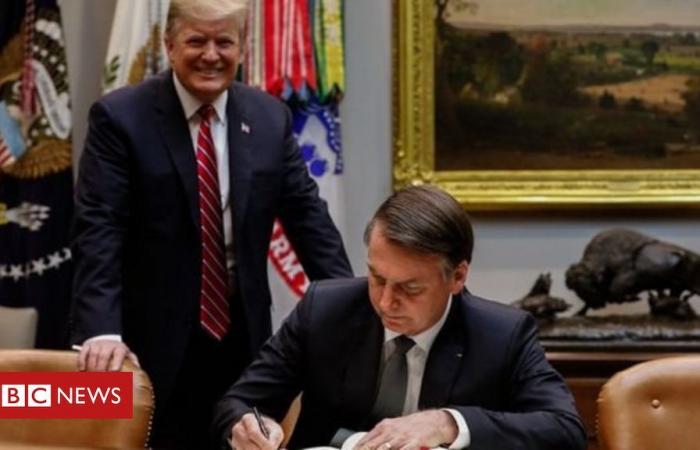 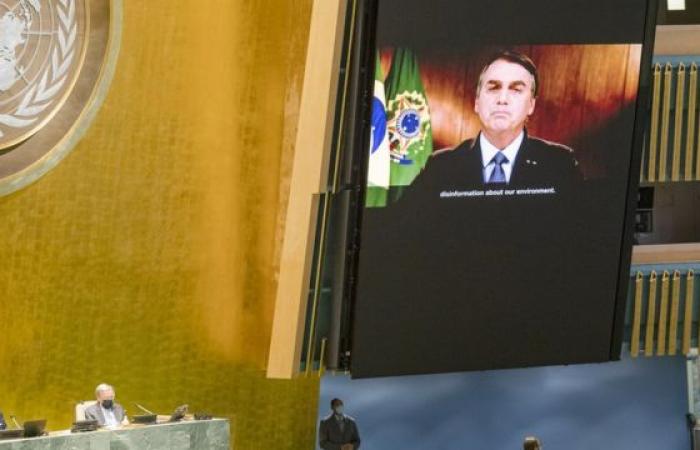 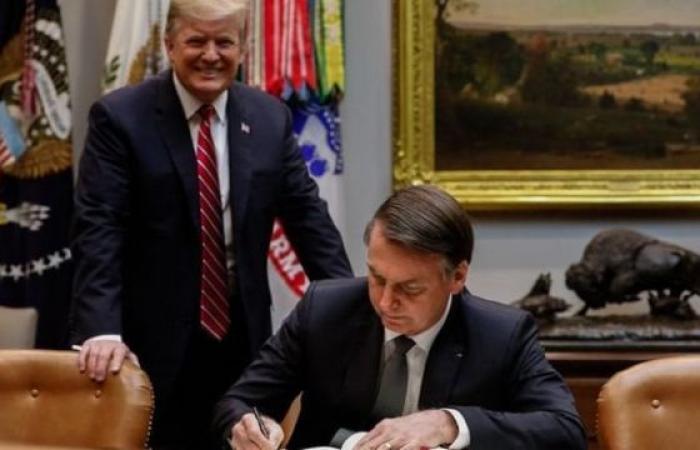 Loyal supporter of American President Donald Trump, President Jair Bolsonaro said on Friday (06/11) that the Republican “is not the most important person in the world”.

The statement came shortly after Democratic candidate Joe Biden came closer to defeating Trump and being elected the next president of the United States, as the vote count in key states advances.

This morning, Biden went ahead of the Republican in counting votes in the states of Georgia and Pennsylvania, getting closer to winning the 270 delegates needed to get to the White House.

In the USA, the election for president is indirect, made from the delegates that candidates win by the majority of votes received in each state. As of Friday afternoon in Brazil, the score was 253 delegates for Biden and 213 for Trump.

Of the states with results still open, the Democrat also leads in Nevada and Arizona, while Trump is ahead in Alaska and North Carolina – victory in these two, however, is insufficient to be re-elected.

The statement is a change of tone from what the president has been saying about Trump and the American election. Bolsonaro has repeatedly expressed his support for the Republican, contrary to the Brazilian diplomatic tradition of not interfering in other countries’ claims – a strategy that allows him to be well positioned to establish relations with the elected government, whatever it may be.

On Wednesday, when vote counting advanced in the United States and already indicated a greater likelihood of victory for Biden, Bolsonaro said “hope is the last to die” when questioned by a supporter about Trump’s situation.

The counting of the votes is confirming the Democratic victory that was pointed out in the polls for weeks of voting, which did not prevent Bolsonaro from continuing to show his dislike for Biden and his preference for Trump.

Although the Brazilian president’s admiration for Trump did not necessarily bring real advantages to Brazil on the international stage, the Bolsonaro government gave preference from the beginning to bilateral relations with the country to the detriment of other alliances, such as with China and Latin American countries. Americans.

At first, a change of government in the U.S. would not necessarily pose a problem for the Bolsonaro government, according to political analysts, since the relationship of the two countries has been ruled by pragmatism in all governments since the Brazilian redemocratization.

Recently, the Brazilian ambassador in Washington, Nestor Forster Junior, said that regardless of who wins Brazil will continue to maintain good relations with the country.

However, the Brazilian president’s attitude can complicate this scenario in the event of Biden’s victory. As the American elections approached, Bolsonaro not only reinforced his admiration for Trump but began to issue statements with strong rhetoric against Biden.

“Bolsonaro and Trump are sure to keep in touch, and (in the event of Biden’s victory) having a Brazilian president actively supporting the opposition in the U.S. could complicate Biden’s attempt to have a pragmatic relationship with Brazil,” said Oliver Stuenkel, professor of international relations from Fundação Getúlio Vargas, in São Paulo, to BBC News Brasil.

Below, understand five moments when President Jair Bolsonaro demonstrated his preference for Trump and his disgust for Biden.

‘I hope to attend Trump’s inauguration’

The most recent episode was during a visit by an American government delegation led by Robert O’Brien, national security adviser, on October 20.

“I hope, if it is God’s will, to attend the inauguration of the President [Trump] soon re-elected in the USA. I don’t need to hide it, it’s from the heart, “said President Bolsonaro.

“I do not interfere, but it is from the heart. For the respect, for the work and for the consideration that he had with me, I express that way at this moment”, he said.

“From the first contact, a feeling of cooperation was born between us, of seeking the good for their countries; of erasing what we had not done correctly by those who preceded us regarding the proper representation that our countries deserve.”

The delegation had the official objective of signing a trade package between the two countries, but it was also part of a US effort to pressure authorities in countries under its influence to create barriers for the Chinese company Huawei in the 5G market.

One of the moments when Bolsonaro used stronger rhetoric against Biden was after the first electoral debate between the Democrat and Trump in late September.

Biden said during the debate that, if elected, “he would immediately begin to organize the hemisphere and the world to provide US $ 20 billion for the Amazon, so that Brazil no longer burns the Amazon.”

“(The international community would say to Brazil) here are US $ 20 billion, stop destroying the forest. And if you don’t stop, you will face significant economic consequences,” said Biden.

The statement generated an immediate response and angry of Bolsonaro, which ranked the comment as “unfortunate”, “disastrous and free” and made a number of critical posts Biden on Twitter.

“Cost to understand, as head of state that has fully reopened his diplomacy with the United States, after decades of hostile governments, such a disastrous and gratuitous statement. Regrettable, Mr. Joe Biden, in all respects, regrettable,” wrote the President .

“What some have not yet understood is that Brazil has changed. Today, its President, unlike the left, no longer accepts bribes, criminal demarcations or unfounded threats. OUR SOVEREIGNTY IS NON-NEGOTIABLE”, wrote the president.

Although Bolsonaro often says that previous governments were hostile to the U.S., the diplomatic relationship between the two countries has always been quite friendly in post-redemocratization governments.

Former President Dilma Rousseff’s relationship with Obama became a little more distant after revelations that she was spied on by the NSA (US national security agency), but was never hostile.

Although he did not name Biden by name, Bolsonaro used the UN summit on biodiversity to counter the American over the Amazon.

The morning after the debate and a few hours after the criticisms of Biden on Twitter, Bolsonaro sent a recorded speech (which was displayed during the event) in which spoke of “international greed” by Amazon.

“I vehemently reject international greed for our Amazon. And we will defend it from actions and narratives that attack national interests,” said the president.

“We cannot accept that false and irresponsible information can be used as a pretext for the imposition of unfair international rules, which disregard the important environmental achievements we have achieved for the benefit of Brazil and the world,” he said.

Bolsonaro has also used the live presentations he makes on his Facebook page to comment on the American elections.

“We support Trump. We are sure that we will strengthen our relationship a lot,” said the president on August 16.

Soon after he said that “Brazil will have to manage” in case of Biden’s victory.

“If I give the other side, on my part I will try to do something similar [procurar ser próximo aos EUA]. If they don’t want to, patience right? Brazil will have to make ends meet here, “said Bolsonaro.

‘He will be re-elected’

Last year, when the electoral race had not yet started in the United States, Bolsonaro was already talking about Trump’s victory in the elections.

At the 2019 UN General Assembly, on the way to a reception offered by Trump to the other heads of state attending the event, Bolsonaro was asked about the impeachment that Trump suffered in the American House of Representatives (equivalent to the Chamber of Deputies in Brazil).

“He will be reelected next year,” Bolsonaro told reporters.

Trump never lost his post because, although his impeachment was accepted in the House, he was rejected in the Senate, where Republicans have a majority.

These were the details of the news US elections: from ‘he will be re-elected’ to ‘not the most... for this day. We hope that we have succeeded by giving you the full details and information. To follow all our news, you can subscribe to the alerts system or to one of our different systems to provide you with all that is new.