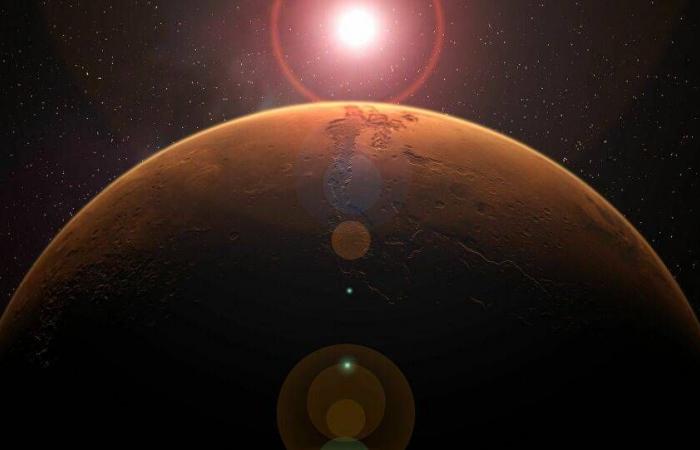 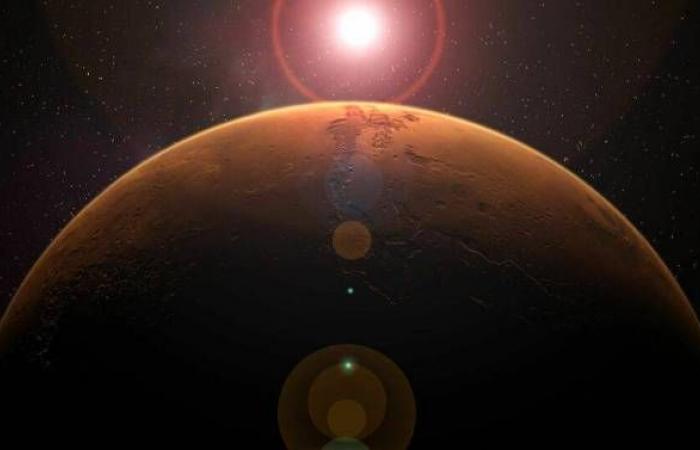 Irish astronomers discovered that an asteroid orbiting Mars, possibly a part that has separated from the moon.
Scientists classified the asteroid 101429 as a Trojan asteroid, meaning small celestial bodies trapped in balanced gravitational regions in the near-sun orbits of planets, the so-called Lagrange points, located 60 degrees in front and behind the planets.
So far, 7,681 asteroids have been identified in the solar system, of which 7,642 are in the orbit of Jupiter. Meanwhile, Mars, astronomers said, has nine “Trojans”.
Thus, Irish scientists decided to find out why the asteroid 101,429 occupied an isolated site. For this purpose, specialists used a special spectrometer installed on an eight-meter telescope in Chile.
The scientists compared reflection spectra of 101,429 and asteroids of the Eureka family, and found clear spectral differences, indicating a different composition. Experts concluded that the spectrum 101429 was similar to that of the moon, according to Ikarus magazine.
Thus, the researchers suggested that 101429 may represent an ancient fraction of the moon’s original hard crust.
In order to reach a final conclusion regarding the origin of the asteroid, it is necessary to continue monitoring with the help of more powerful spectrometers.

These were the details of the news Scientists discover a part of the moon orbiting Mars for this day. We hope that we have succeeded by giving you the full details and information. To follow all our news, you can subscribe to the alerts system or to one of our different systems to provide you with all that is new.

PREV The Latest: Italy starts distributing J&J for those over 60
NEXT Youth join mainstream as India unveils development initiatives in Jammu and Kashmir