Palmeiras squads miss the team in which games during the qualifiers? 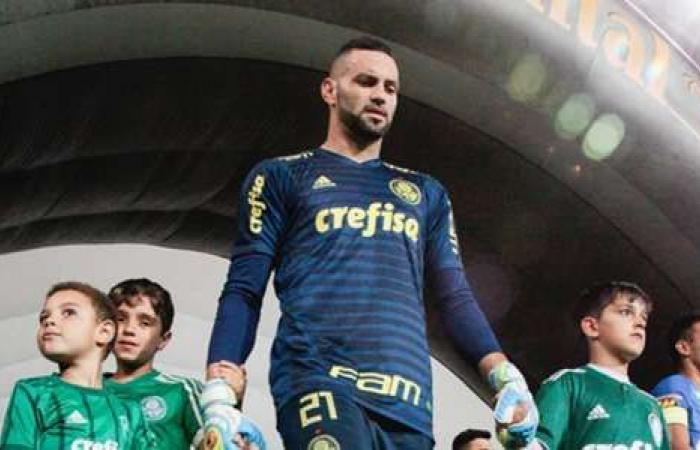 Gustavo Gómez, Weverton, Viña and Gabriel Menino may not take the field against Ceará, in a decisive duel for the Copa do Brasil

It is no longer surprising: Palmeiras, owner of one of the best squads in Brazilian football, will have to play decisive matches without some of its main players, summoned by South American teams for the confrontations for the 2022 World Cup Qualifiers In Brazil, the pride of seeing an athlete on your team summoned is usually replaced by anger – since this means the player’s absence in Brasileirão or Copa do Brasil games.

Live football or whenever you want? Click here and try DAZN free for a month!

In the midst of a tough sequence of games, the São Paulo club will have important absences for the first matches of Abel Ferreira as a coach. It is worth remembering that Brazil is one of the only countries that does not interrupt its club calendar in the midst of the dates for national team games. And as in recent years Palmeiras managed to assemble a team full of good pieces, the Fifa Dates have already turned into a great headache. For the South American qualifying games, for example, Verdão may be missing four players.

Palmeiras had four players called up for South American teams. Alongside Flamengo, it will be the Brazilian club with the most absences during the third and fourth rounds of the South American qualifiers.

Weverton (Brazil), Gabriel Menino (Brazil), Gustavo Gómez (Paraguay) and Matias Viña (Uruguay) are the players from Palmeirense. All have been used as starters in the team coached by Abel Ferreira.

Which games will players be embezzled?

The last round of games in the South American qualifiers in 2020 will be played between November 12 and 17, but the athletes summoned will be present days before for the necessary training.

The tendency is that the squad of Palmeiras will miss the team in the first leg of the quarterfinals of the Brazil Cup, against Ceará, in a game scheduled for November 11 (a Wednesday).

Flamengo will try together with CBF to release Pedro and Everton Ribeiro for the first game against São Paulo, in the same round of the Brazil Cup. For the time being, however, no possibility has been speculated that Palmeiras will try the same for the releases of Weverton and Gabriel Menino.

Brazil faces Venezuela on Friday (13). There is still the possibility that the players summoned will be embezzled for the return game of the quarterfinals of the Brazil Cup, with duels scheduled for November 18. The qualifying round ends on the night of November 17.

These were the details of the news Palmeiras squads miss the team in which games during the qualifiers? for this day. We hope that we have succeeded by giving you the full details and information. To follow all our news, you can subscribe to the alerts system or to one of our different systems to provide you with all that is new.