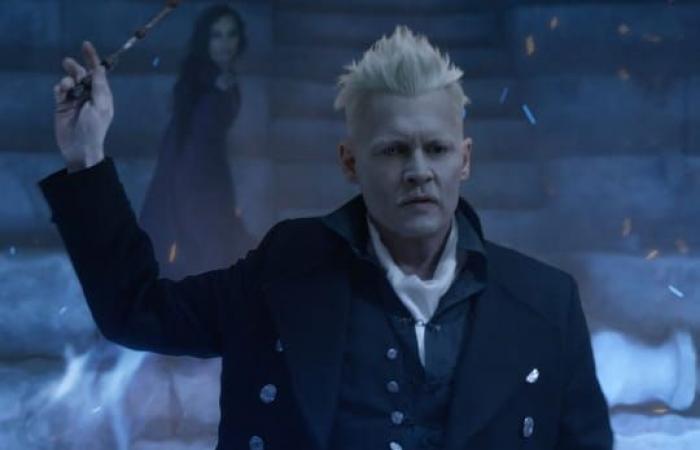 FANTASTIC BEASTS – Johnny Depp announced on Instagram that he is stepping down as Gellert Grindelwald in Fantastic Beasts 3 over accusations of domestic violence against him.

[Mis à jour le 6 novembre 2020 à 17h54] It’s a real upheaval for Fantastic Beasts 3. Johnny Depp announced this Friday, November 6 on his Instagram account that he was withdrawing from the franchise. Since the first episode of Fantastic Beasts, he played Gellert Grindelwald, powerful dark mage and villain of the saga. The actor explained on social media that Warner Bros asked him to quit the franchise after losing his libel case against The Sun, which accused him of “abusive husband” against his wife in a 2018 article. Judge said the words used by The Sun in their article were “substantially true”. However, the actor maintains his innocence.

“I want to let you know that Warner Bros asked me to give up the role of Grindelwald in Fantastic Beasts and I have respected and accepted this request,” wrote Johnny Depp in explaining his withdrawal. The actor then took the opportunity to proclaim once again his innocence: “The surrealist judgment of the British court will not end my fight for the truth and I confirm that I plan to appeal. I remain determined and I intend to prove that the accusations against me are false. My life and my career will not be defined by this moment. “

Ever since his ex-wife Amber Heard accused him of domestic violence following their divorce, Fantastic Beasts fans have repeatedly asked Warner Bros. Johnny Depp to leave the franchise, which is finally done. Warner Bros. Studios confirmed the information to Variety magazine, thanking him “for his work on the films released to date. Fantastic Beasts 3 is currently in production, and the role of Gellert Grindelwald will be recast.” A direct consequence of this major casting change: Fantastic Beasts 3 will finally be released in the summer of 2022, and no longer in November 2021 as was initially planned.

It is not yet known how the departure of Johnny Depp will be justified in the third episode of the saga, nor which actor will replace him in the role. As a reminder, in the first episode, the character was played (secretly) by Colin Farrell, before the character of Grindelwald reveals his true face thanks to a spell, that of Johnny Depp. Perhaps the production will use the same stratagem to justify the change of actor during the plot.

Where is the filming of Fantastic Beasts 3?

If the preparation of Fantastic Beasts 3 took longer and suffered a six-month hiatus due to the global health crisis, filming did indeed begin last September. It is Eddie Redmayne, the interpreter of Norbert Dragonneau, who confirmed it in an interview with Cinema Blend. The latter also described the health standards to which actors must now submit: “It’s a whole new process, a whole new standard. You have to test yourself frequently, wear masks. […] What is reassuring is that while the process is different, you still have the feeling that this saga is rocking and everyone is working their best. “Fantastic Beasts 3 is due out in the summer of 2022.

For now, the plot of Fantastic Beasts 3 remains very mysterious. It would seem from several clues shared by JK Rowling and the actors that the plot should take place in Brazil, in the 1930s. It also seems very likely that Newt Dragonneau and Albus Dumbledore (Jude Law) will work together to stop the shenanigans of Grindelwald (formerly Johnny Depp, to be recast) and Belief (Ezra Miller). We will probably know more within a year.

all about Fantastic Beasts 3

Synopsis – Third installment of the Harry Potter spin-off, Fantastic Beasts 3 follows the adventures of Newt Dragonneau. The plot is to take place in Brazil, in the 1930s.

The release of Fantastic Beasts 3 has seen some turbulence. Initially scheduled for a release on November 20, 2020, the film’s release is finally postponed because the film requires more preparation and work, announces actor Dan Fogler in an interview. The Pottermore site announced in April 2019 that this third episode should finally be released on November 12, 2021. But the announcement of Johnny Depp’s withdrawal from the cast has resulted in a new change in the release date of Fantastic Beasts 3: the film must now be released in the summer of 2022.

Interpreter of Gellert Grindelwald, the main antagonist, in the first two episodes of Fantastic Beasts, Johnny Depp was initially to appear in the cast of the third film. But the presence of the cast of the actor accused of violence against his ex-wife Amber Heard tarnishes the reputation of the studio. So much so that Warner considered in April 2019 to dismiss it for the sequel to Fantastic Beasts. According to the Page Six site, “Senior women in the studio are very concerned about working with Depp and the message it sends to the public.”

On November 6, 2020, the actor finally announced that he was stepping down from the role after Warner Bros asked him to step down. The move comes days after Johnny Depp lost his libel case against The Sun, who accused him of “abusing husband” to his ex-wife Amber Heard.

*The article has been translated based on the content of Source link by https://www.linternaute.com/cinema/tous-les-films/2521971-les-animaux-fantastiques-3-johnny-depp-abandonne-son-role-les-raisons/
. If there is any problem regarding the content, copyright, please leave a report below the article. We will try to process as quickly as possible to protect the rights of the author. Thank you very much!

These were the details of the news Johnny Depp abandons his role, the reasons for this day. We hope that we have succeeded by giving you the full details and information. To follow all our news, you can subscribe to the alerts system or to one of our different systems to provide you with all that is new.