How would the US elections be viewed if they were held... 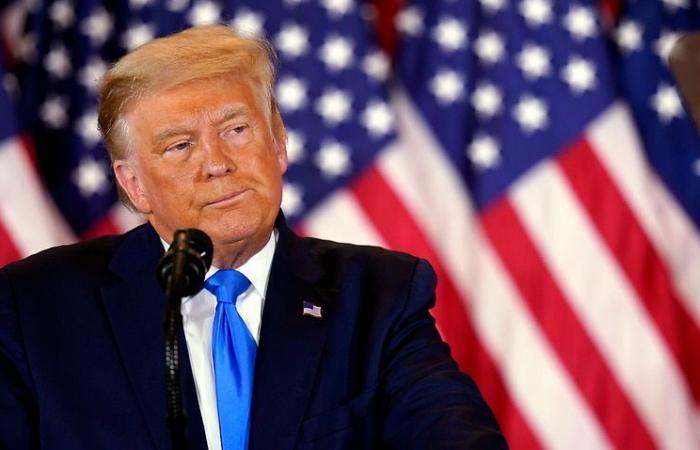 In the US election, protests broke out – some with demonstrators openly carrying weapons – an early victory speech by President Donald Trump, claims of “illegal” and legal “votes, and a push by Trump and other Republican Party figures with the Stop counting votes.

So far, there has been no evidence of election rigging or fraud in the counting process, and Twitter has flagged several post-ballot posts by Donald Trump for misinformation. Donald Trump has continued to attack the validity of postal ballot papers and has spoken out against this form of voting for months.

The dysfunction related to the US presidential election has made some comparisons with viewing the democratic process in the free world in a different context.

In a thread that began days before election day, Kenyan journalist Patrick Gathara attempted to twist the narrative of the US vote into one that is typical of elections in the African continent.

Gathara tweeted in his quasi-fictional thread on Nov. 2, “African envoys have urged Americans to keep the peace during the elections and be ready to accept the result of the vote. In a joint statement, the diplomats condemned recent incidents of incitement, violence and intimidation against supporters of the opposition. ”

Gathara has been commenting every step of the way for the past few days, and you can

#BREAKING Polls are set to open in 48 hours across the US as the authoritarian regime of Donald Trump attempts to consolidate its hold over the troubled, oil-rich, nuclear-armed, north American nation. Analysts are sceptical the election will end months of political violence.

Last month, the US State Department issued a press release supporting free, fair and inclusive elections in the upcoming elections in Africa – with no information on countries on a continent with over 50 nations.

“Conducting elections is important not only for Africans, but also for defenders of democracy around the world. We believe that all sides should participate peacefully in the democratic process. There is no place for oppression and intimidation in democracies, ”the statement said.

“We will closely monitor the actions of those interfering in the democratic process and will not hesitate to examine the consequences – including visa restrictions – for those responsible for electoral violence.”

The situation in the US escalated during a press conference convened by Donald Trump on Friday as the counting of mail-in and postal votes continued. He failed to answer questions from reporters and falsely suggested that the Democratic Party was trying to “steal an election” using illegal votes.

“People know what is happening and they have seen what happens. Incidents were reported shortly. There is a huge investigation going on and this is one case where they are trying to steal an election, manipulate an election, and we cannot let that happen. ”

No evidence was found to support his claims.

And Trump on Thursday evening https://twitter.com/realDonaldTrump/status/1324353932022480896?s=20 “STOP THE COUNT” amid speculation that the final election count could lead to an unfavorable result for the incumbent president. And protests against the counting of all ballots cast in the elections have begun to break out.

Is there hypocrisy in the US approach to elections abroad?

Dr. Jean-Claude Meledje is a policy expert in French-speaking Africa and an Associate at the University of Canberra, Institute for Governance and Policy Analysis.

He believes that the recent elections in Ivory Coast, in which incumbent President Alassane Ouattara ran for a third term despite having a two-term term in the country, have some similarities with the US election. Unlike Ivory Coast, Donald Trump is denying his second term, which is perfectly contained in the rules, but his way of denying results before they come has attracted a lot of attention.

“Donald Trump claims victory before all the votes are counted. So that’s exactly what happened in the Third World, ”said Dr. Meledje Date line.

“If Donald Trump takes this approach, I find it simply unfair and irresponsible for the American ambassador to the Ivory Coast. He urges the opposition to abide by the Constitution to follow the rules so as not to generate violence, while at the same time Donald Trump in America is doing the exact same thing.

“So I found that there was a contradiction in your approach, that you advise someone to do something else. And then you do exactly what you tell the person not to do. “

Ivory Coast is not the only African country that has been compared to current developments in the US.

US Secretary of State Mike Pompeo tweeted on November 3 that the US was deeply concerned about reports of “electoral irregularities” and violence during the Tanzania election a week ago.

“We urge the authorities to fully address concerns about irregularities and will investigate allegations of the use of force against civilians,” Pompeo wrote on Twitter.

In response, Attorney Nyadol Nyuon wrote on Twitter: “We are deeply concerned about reports of electoral irregularities, politically motivated harassment and violence during the elections in the United States. We urge the authorities to fully address concerns and not prematurely declare victory. “

That would have been reported as … “The President barricaded himself in the presidential palace”.

These comments are not made in isolation.

Dr. Jennifer Hunt is a research fellow at the US Studies Center. She believes that if the US elections were held in a different country, there would be another language to describe the same events.

Dr. Hunt cited the fence area that was built around the White House on election day.

“I think that would have been reported, as you know,” the president barricaded himself in the presidential palace and urged loyal supporters to maintain his victory, “said Dr. Hunt Date line.

The US elections and the Trump administration, said Dr. Hunt, have damaged the country’s reputation as a “beacon of democracy”.

“We have seen some of these democratic guarantees undermined in the United States. Interfering with state elections, threats of litigation, and promoting violence that stop the counting of votes result in postal ballot papers being fraudulent, even if validly cast. ”

Dr. Hunt says the effects of Trump’s call to action have already been seen.

“During the lockdown [in Michigan] When Trump tweeted about “Liberate Michigan” and then a group of militias took command and advice and was then arrested by the FBI for kidnapping the Michigan governor and trying to execute the target of that tweet, “she said.

“I think we are seeing incredibly unprecedented language regarding violence and its use in these elections to help a embittered president stay in power amid a popular backlash.”

Dr. However, Hunt believes that the problems within American democracy are much bigger than a person.

“We see many members of this administration using the same language,” she said.

“Former White House chief strategist Steve Bannon, today [was] We complain that we are Dr. Failing to physically behead Fauci and other quotes: “Infidelity federal employees and rest their heads on a tip to warn other federal employees.”

A 2017 report by the Economist Intelligence Unit described the US for the first time as a “flawed democracy” as opposed to “complete democracy”.

As all of this played out in the hours after the ballot was closed, ABC’s chief investigative officer John Lyons took to Twitter to share his experience as a foreign correspondent in Iran.

He said former Iranian President Mahmoud Ahmadinejad won an early victory before all the votes were counted.

“He stole the election. It led to terrible violence in Iran. The US and Australia have condemned it. So who will condemn it when it happens in the US? “

These were the details of the news How would the US elections be viewed if they were held... for this day. We hope that we have succeeded by giving you the full details and information. To follow all our news, you can subscribe to the alerts system or to one of our different systems to provide you with all that is new.