Danish fear: – May be the new Wuhan 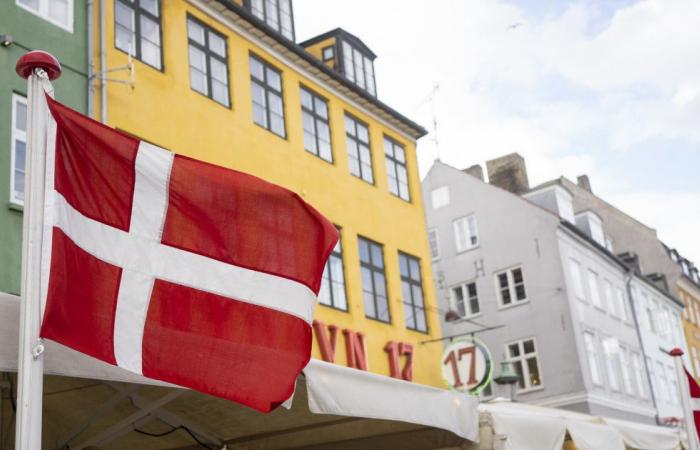 Danish authorities have called for an international press conference on the Danish coronavirus mutation at 2.30 pm.

Follow the broadcast at the top of the case.

Recently, infection has been detected among mink on more than 220 Danish mink farms, and the virus is spreading to humans.

The virus is a mutation that is quite different from the most common corona variants in society in general, which makes the authorities fear that a corona vaccine will not work on this virus. The virus is more resistant to antibodies.

On Thursday, 12 people had been diagnosed with this mutation. On Friday, the number is 214 people, reports Danish BT

Now a Danish politician fears that the country may become the new Wuhan.

– Can start the pandemic again

– This is a very worrying development. I can not stress how serious we take this situation. We take all necessary precautions to deal with the situation, says Foreign Minister Jeppe Kofod during today’s press conference.

The Chinese city of Wuhan was, as is well known, the hotbed of the coronavirus SARS-CoV-2.

Party leader for the Danish party Alternativet, Jopsephine Fock, fears that Denmark may become the hotbed of the coronavirus 2.0.

– We risk becoming the new Wuhan. It’s totally wild! she told the newspaper BT after she and the other party leaders had been briefed by the authorities on the situation on Wednesday.

In the same orientation, the Statens Serum Institut, corresponding to the Norwegian Institute of Public Health, also stated that the mink mutation is so different from the most widespread corona variant now, that in the worst case there is a risk of starting the whole pandemic again.

– The worst case scenario is that we have a pandemic, which starts all over again based in Denmark, said Kåre Mølbak, director of the Statens Serum Institut.

On Friday, 1427 new corona cases were detected in Denmark. It is a new infection record, but the record must be seen in much that the test capacity has increased sharply. It is not known if any of these individuals have the mutation in question.

The number of hospital admissions is now 191. Five more deaths have been registered in the last 24 hours, writes BT

Denmark is the world’s largest producer of mink fur and in light of both area and population in Denmark, the mink industry in the country is enormous.

On Wednesday, Prime Minister Mette Frederiksen announced that all the country’s minks would be killed as a result of the outbreak. At the same time, very strict restrictions have been introduced in North Jutland, where the infection has been proven, to prevent it from spreading. In the seven municipalities where the virus has been detected, it is expected that the killing of the mink will be completed in a few days, according to BT

Despite the measures, the international focus is now on our small neighboring country. The EU’s infection control agency, ECDC, has the same fears as the Statens Serums Institut and says the following to the newspaper BT:

– This scenario is very worrying, therefore ECDC is closely following developments in Denmark.

The mutated virus has already been detected at a nursing home on Zealand, several hundred kilometers from where the outbreak took place. According to Danish Politiken, the virus has also been detected in Croatia.

Health director Bjørn Guldvog has also expressed concern that the coronavirus can be transmitted between mink and humans.

– It is now clear that corona transmission is between mink and humans, first and foremost from humans to mink, but we have also seen some cases from mink to humans, Guldvog said during the government’s press conference on Wednesday.

– It is worrying that humans and other animals can interact around this virus. It creates greater opportunities for changes in the virus’ properties, he said.

These were the details of the news Danish fear: – May be the new Wuhan for this day. We hope that we have succeeded by giving you the full details and information. To follow all our news, you can subscribe to the alerts system or to one of our different systems to provide you with all that is new.

PREV Myanmar heading towards a ‘full-blown conflict’: Bachelet
NEXT US calls for pause to J&J Covid-19 vaccine over rare blood clots