Azores. PSD has 24 hours to get support from IL... 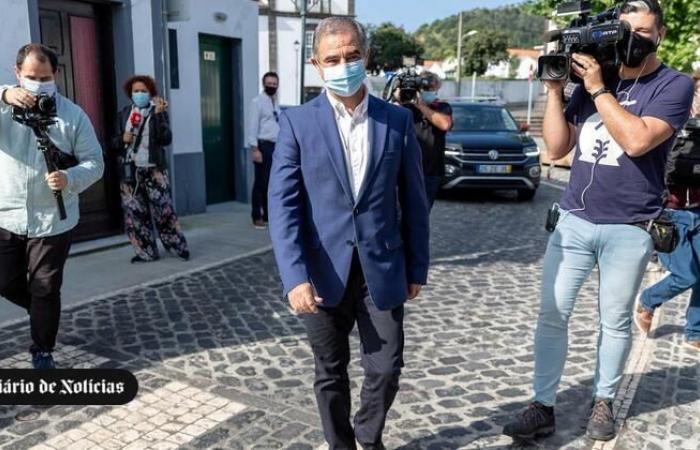 One of the two deputies elected by Chega no Açores, a fundamental party, in order to make a PSD, CDS and PPM coalition government viable, is on a collision course with the party leader, André Ventura, and wants to support the right-wing contraption. . But even if the independent passes, it is not enough. José Manuel Bolieiro, leader of the Azorean social democrats, has 24 hours left to meet with the Representative of the Republic in the region, to convince the PAN and the Liberal Initiative, each with an elected regional deputy, to present a proposal of “stable” government to Pedro Catarino.

And it is in this complex chess that the political backstage in the Azores moves and that shows that everything is still open, including the possibility of having to have new regional elections again. All the more so since Vasco Cordeiro’s PS, with 25 terms, only continues to hold the Left Block vote, with two terms, which does not give him a majority capable of implementing a government program.

The division at Chega came to make it easier for Bolieiro to try to find a solution for the contraption he wants to form with CDS and PPM. While from the continent, André Ventura prophesies early elections in the Azores due to ungovernability and considers the negotiations with the PSD to be “suspended” to anyone who wants to “compel”, without success, to enter the process of constitutional revision that triggered. The leader of Chega admitted this Wednesday to give up the controversial measure of the chemical castration of pedophiles for the sake of consensus, but it seems that Rui Rio has not arrived to accept further talks.

“Either we have reached a point of ungovernability, either in the region or in the Republic, or they begin to realize that they have to sit at the table with Chega and have to speak as they speak to other parties. The PSD is afraid of being accused PS and the extreme left of talking to Chega, but if they don’t talk, who are they going to talk to? “Asked Ventura, in parliament.

“Either we have reached a point of ungovernability, either in the region or in the Republic, or they begin to realize that they have to sit at the table with Chega and have to speak as they speak to other parties. The PSD is afraid of being accused by the PS and the extreme left of talking to Chega, but if they don’t, who are they going to talk to? “

“We are open to negotiation. We can either converge on Monday or Tuesday or we will have new elections in the Azores,” said André Ventura, in parliament, lamenting the “demonization” of his party. And For now, “Chega will give indications to its deputies so that they do not commit themselves to any solution, neither from the PS nor from the PSD”.

But the president of Chega Açores and one of the elected deputies, Carlos Furtado, maintains that he wants to give his support to a government on the right and that it is not time to end the negotiations with the Social Democrats. Ventura warned Carlos Furtado that anyone who does not respect the guidelines of the national leadership may lose Chega’s political confidence. Speaking to Expresso, on Wednesday at the end of the day, he declared that he would withdraw the political trust of the two elected by Chega in the Azores if there was an agreement in the archipelago without the green light of Lisbon. “To them as to any others who collide with what the party stands for. Either we know our identity and our DNA or we will become a crutch party to the regime,” he said.

The second deputy elected by the party in the Azores, José Pacheco, is in tune with André Ventura, unlike Furtado. And there is hope in the PSD that Carlos Furtado will end up slamming the door to Chega and assume the status of independent in the Regional Legislative Assembly. What would happen would facilitate the support of the PAN, which made it known that it would never give the green light to a government supported by Chega, and the Liberal Initiative. Such 29 deputies are needed for a parliamentary majority.

These were the details of the news Azores. PSD has 24 hours to get support from IL... for this day. We hope that we have succeeded by giving you the full details and information. To follow all our news, you can subscribe to the alerts system or to one of our different systems to provide you with all that is new.