Researchers have been solving long-standing riddles about strange hybrid structures in... 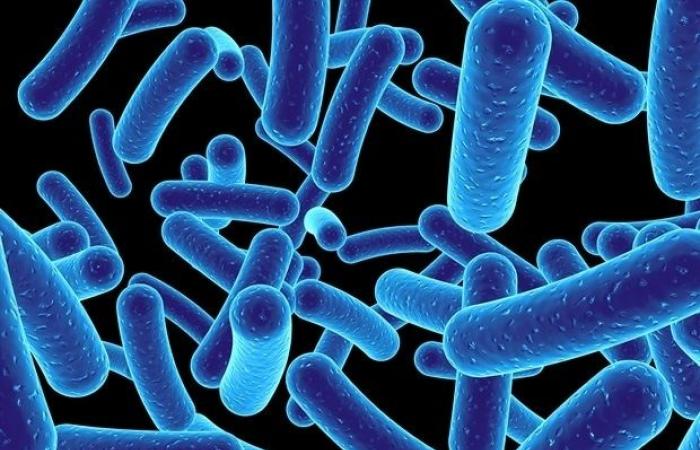 Strange hybrid structures, so-called retrons, which consist of half RNA and half single-stranded DNA, can be found in many types of bacteria. Since their discovery about 35 years ago, researchers have learned how to use retrons to make individual strands of DNA in the laboratory, but despite extensive research, no one knew what their function was in bacteria.

In an article published today in cellA team from the Weizmann Institute of Science reports on the solution to the long-standing riddle: Retrons are “guards” of the immune system that ensure the survival of the bacterial colony when it is infected with viruses. In addition to uncovering a new strategy that bacteria can use to protect themselves from viral infections – a strategy surprisingly similar to that of the plant immune system – the investigation revealed many new retrons that could expand the genome in the future. Editing toolkit.

The study, carried out in the laboratory of Prof. Rotem Sorek from the Institute’s Molecular Genetics Department, was carried out by Adi Millman, Dr. Aude Bernheim and Avigail Stokar-Avihail in his laboratory. Sorek and his team didn’t set out to solve the Retron puzzle. They looked for new elements of the bacterial immune system, especially elements that help bacteria fight off viral infections. Your search was facilitated by the recent discovery that the genes of the bacterial immune system tend to cluster in the genome within so-called islands of defense. When they discovered Retron’s unique signature within a bacterial defense island, the team decided to conduct further research.

Their first research showed that this retron was definitely involved in protecting bacteria against the viruses known as phages, which specialize in infecting bacteria. When the researchers examined other retrons in the vicinity of known defense genes more closely, they found that the retrons were always – physically and functionally – linked to a different gene. If either the accompanying gene or the retron was mutated, the bacteria were less successful in fighting phage infections.

The researchers then went to look for more such complexes on defense islands. Eventually they identified about 5,000 retrons, many of which were new, on various islands of defense of numerous species of bacteria.

To test whether these retrons act as immune mechanisms in general, the researchers transplanted many retrons one at a time into laboratory bacterial cells that lacked retrons. As they suspected, they found retrons in a large number of these cells, which protected the bacteria from phage infection.

How do retrons do it? The research team again focused on a specific type of Retron and tracked its actions in the face of a phage infection. It found that it induced the infected cell to commit suicide. The suicide of cells, previously believed to belong exclusively to multicellular organisms, is a last resort to breaking off a widespread infection – when the suicide mechanism works fast enough to kill the cell before the virus makes copies of itself and spreads to other cells.

Further research showed that retrons do not perceive the phage invasion themselves, but instead observe another part of the immune system, RecBCD, which is one of the bacterium’s first lines of defense. When it finds that the phage has tampered with the cell’s RecBCD, the retron activates its program via the second linked genes to kill the infected cell and protect the rest of the colony.

It’s a clever strategy, and we’ve found that it works similarly to a protective mechanism in plant cells. Just like viruses that infect plants, phages are equipped with a variety of inhibitors to block various parts of the cell’s immune response. Like a protective mechanism known in plants, the retron does not have to be able to identify all possible inhibitors just to have the function of a certain immune complex under control. Infected plant cells use this method of “abortive infection” and kill a small region of a leaf or a root in order to save the plant itself. Since most bacteria live in colonies, the same strategy can promote group survival, even at the expense of individual members. ”

Retrons are so useful in biotechnology because they start with a piece of RNA that is the template for synthesizing the DNA strand. This template in the Retron sequence can be swapped for any DNA sequence and sometimes used in conjunction with another tool borrowed from the Bacterial Immune Toolkit – CRISPR – to manipulate genes in a variety of ways. Sorek and his team believe that there may be more than a few hidden in the diverse list of identified retrons that could provide better templates for specific gene editing needs.

These were the details of the news Researchers have been solving long-standing riddles about strange hybrid structures in... for this day. We hope that we have succeeded by giving you the full details and information. To follow all our news, you can subscribe to the alerts system or to one of our different systems to provide you with all that is new.