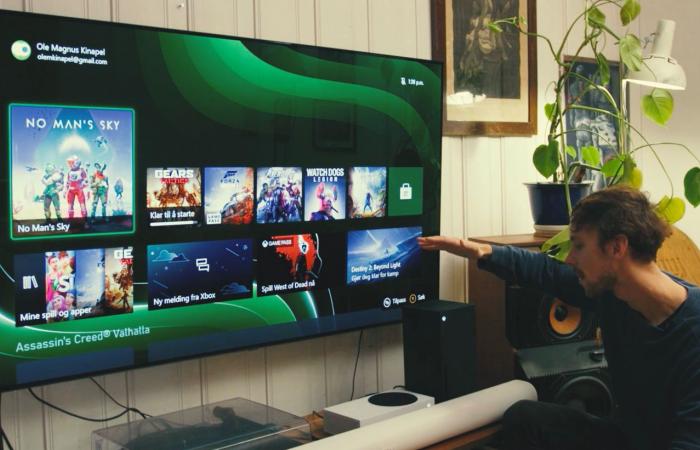 Xbox Series S and X are here and we have played with what is the fastest console of all time.

On paper, the Xbox Series X is a bit faster than the Playstation 5, while the latter has a slightly faster SSD.

In other words, the two consoles are quite similar and what mainly separates the two are controls, ecosystem, operating system and games.

We have borrowed an LG CX 65 ″ OLED and Sonos Arc to complete the gaming experience. The TV has 120Hz, 4K and HDR – everything you need to get the most out of the next generation of consoles.

Xbox Series X has received much praise for fast loading times and with faster SSD disk than what is available in today’s PC market, the performance is quite impressive.

Xbox Series X is surprisingly quiet and also does not get hot. Series S is just as quiet, but is far warmer than big brother. Among other things, we play Forza Horizon 4, which looks incredibly good.

Takes up a lot of space

The only thing one can complain about with the Series X is the size. It is too large to fit in a traditional TV table, and must lie on top or stand on the floor. The console looks the toughest when it’s standing, but in our case it covers too little of the TV.

The controls have also been upgraded, although the form factor is very similar to the previous generation. But with faster response time and more ergonomic design, it is significantly better than before.

Unfortunately, it seems to be difficult to get hold of the next generation of consoles.

And as of today, only the Series S is not sold out on pre-order.

Have you managed to secure a copy or are you among those who have to wait indefinitely?

These were the details of the news Here we play Xbox Series X on a 65 “OLED TV for this day. We hope that we have succeeded by giving you the full details and information. To follow all our news, you can subscribe to the alerts system or to one of our different systems to provide you with all that is new.