VIDEO | Women in kayaks are almost swallowed by whales 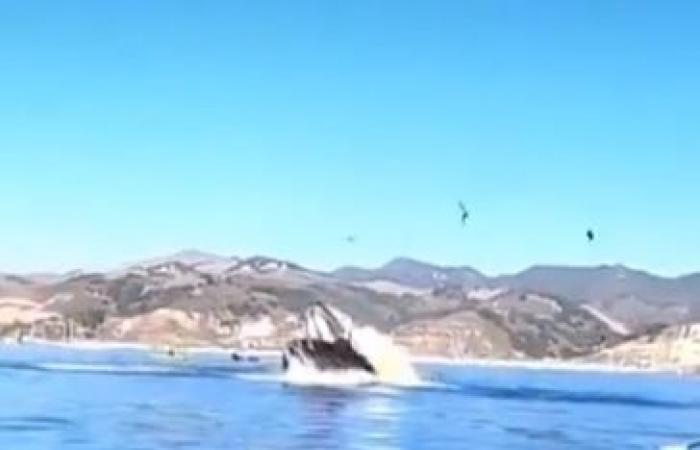 A leisurely kayak ride turned out to be a big scare for Americans Julie McSorley and Liz Cottriel. Really big, with tons involved.

According to UOL, the two were taking a walk in Avila Beach, California, in the United States, when they were almost swallowed by a humpback whale.

Julie told KRIV radio that a lure network appeared next to the kayak she was in.

The recording of the moment was made by those who were also walking around the place.

These were the details of the news VIDEO | Women in kayaks are almost swallowed by whales for this day. We hope that we have succeeded by giving you the full details and information. To follow all our news, you can subscribe to the alerts system or to one of our different systems to provide you with all that is new.